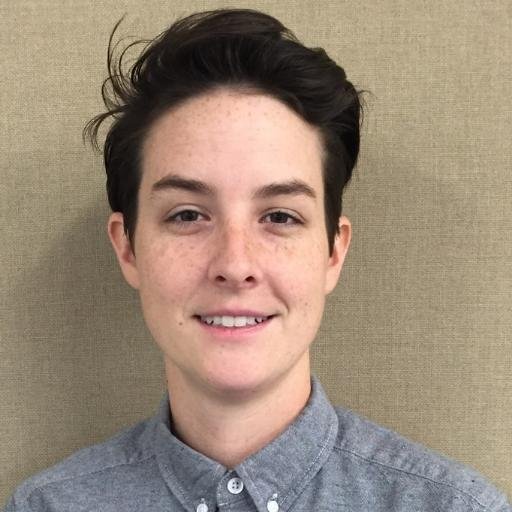 Innovation is a sticky word. In the midst of the tech boom, it gets thrown around so often it can be hard to pinpoint exactly what we mean by it. However, it’s a word that Alex Morrison, an independent museum professional in Austin, has been using and and cultivating in the curriculum of numerous reputable institutions and museums for the last two years.

Morrison is a native of Amarillo, who moved to Austin after getting their Master’s degree in Contemporary Art Theory at  Goldsmiths in London. Since then, they have been swiftly revolutionizing the way Austin museums approach their education departments by integrating Maker Education philosophy, inquiry-based learning, and inclusive programming. Morrison is not only on the board of Austin Museums and helps to organize Museum Day, but has also consulted for and taught at Umlauf Sculpture Garden, the Bullock Museum, the Natural Sciences Department at UT (for UTeach), the Thinkery, and the Austin Tinkering School. Word of Morrison’s radical approach is spreading quickly outside of Texas, too. In 2017, they were invited to speak at the International Science and Museum Day Conference by the Kuwait Foundation for the Advancement of Sciences and UNESCO about hands-on approaches to STEM (Science, Technology, Engineering, and Math) in order to foster interdisciplinary thinking. For Morrison, innovative education, fundamentally, must be accessible to underrepresented communities, and must encourage imaginative play while forging a symbiotic relationship between the arts and STEM fields. 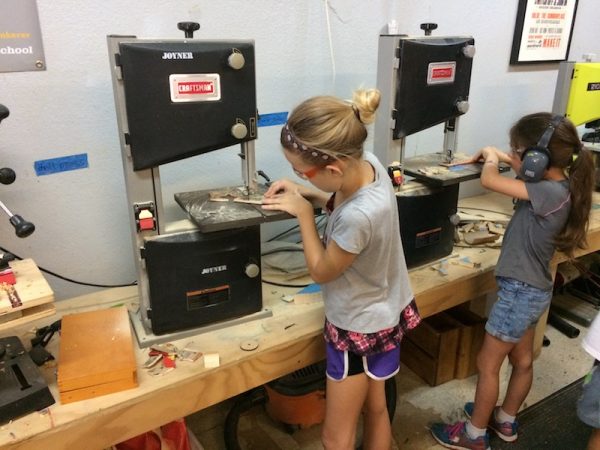 Growing up in Amarillo, Morrison says, “The formal aspect of my learning wasn’t the most important part. Thinking back on my childhood, the things that were important to me were being in my grandfather’s woodworking shed or staying up late watching my mom work on [graphic design projects].” Upon meeting them, Morrison’s curiosity and inquisitiveness is immediately apparent. Morrison cultivates this with students by being truly vulnerable with them. Every question is a learning opportunity, including the pronouns Morrison uses (she/her/hers as well as they/them/theirs). Morrison says, “The principles of Maker Education, which rest upon the idea that we are constructing things together and collaborating, means there is no hierarchy, no need to be addressed formally, so when I ask for students to refer to me a certain way, I’m asking as a friend.” 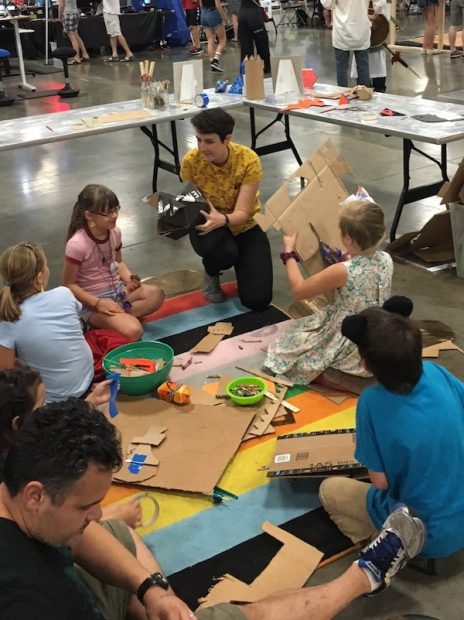 Morrison believes that their position as an informal educator outside the school system activates students in new ways, because the students can operate in permissive spaces to explore the unfamiliar. It is precisely this flexibility that is so powerful: “I think the most poignant moments have been when a student is so engaged in programming that they start to see that their identity as a learner can be in flux, that they don’t always have to identify as a ‘math person’ or an ‘arts person,’ but that we’re all capable of being so many different things.” 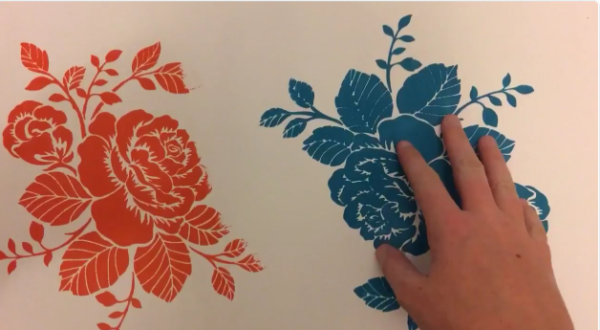 Fundamentally, Morrison is an exceptional educator because her methods are rooted in her own practice and background as an artist working with sound, textiles, and printmaking. She is currently working on an installation for Natural Forces, an upcoming exhibition of immersive environments put on by HIVE Arts Collective at the Museum of Human Achievement in Austin. HIVE is a collective of women and non-binary folk, and Morrison finds that “as someone who’s masculine of center it’s a chance for exploring femininity in a way that feels good.” Morrison’s installation will consist of a room-sized black cube that will be difficult to open, but upon entering, “everything you touch will have a response to that touch.” Floral wallpaper will play voicemails from her grandparents, or the sound of a violin being tuned. The key to this magic: conductive ink, which uses graphite. In a sense, the installation is not far off from the sort of STEM-based projects Morrison does with students that integrate art, science, engineering, and technology, because behind the responsiveness of the environment is a lesson about capacitive touch and conductive materials. 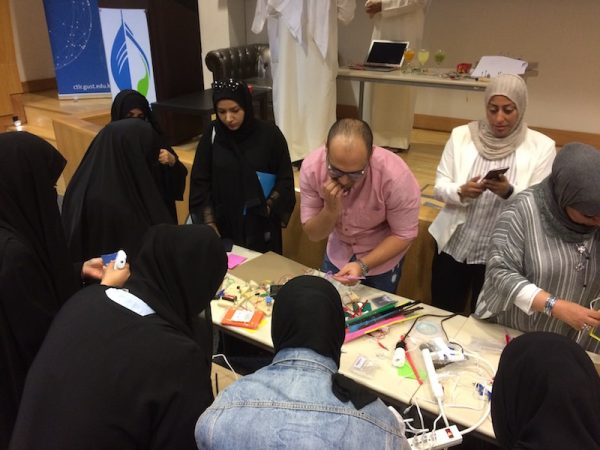 What makes Morrison’s approach so radical is the way they trust young learners to be limber and tackle complex and sophisticated subjects and skills. Morrison teaches 10-year-olds how to use power tools; makes curricula around performance art (a subject often thought to be too experimental for kids to understand); and has co-created a summer camp called Shakesgear (with Lina Chambers) that has students perform Shakespeare and build their own Rube-Goldberg-esque sets for performances that use 16th- and 17th-century engineering principles. It’s this core belief that makes Morrison a true innovator: Never limit what is possible for students to apprehend.

As they look to the future in working with museums and arts pedagogy, Morrison’s perspective is holistic and centers around the local communities that are often underserved by elite institutions. She wants to create an approach that says, “Not let us tell you something, but what can we learn from you? The goal shouldn’t be how to make the collection new and exciting to visitors. How about asking, ‘How can we reach a community and think about the resources within the community in order to demonstrate that the museum is part of the community?’”