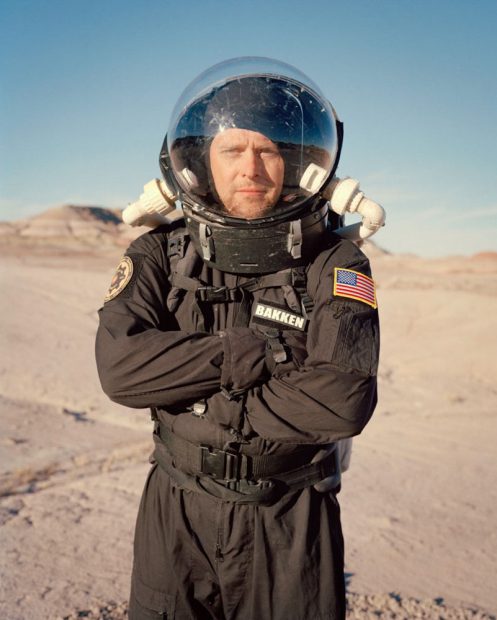 The conflation of photography and truth goes back to the medium’s beginning, and we still have trouble separating them, even though we know damn well that images are only constructs, photographs can be manipulated, and our friends’ Instagram feeds only tell part of the story. A group show at the 5&J Gallery in Lubbock, Manufactured Untruth, aims to represent the inherent “untruth” of photography. Curated from an open call by Dallas-based photographer Brianna M. Burnett, the exhibition gathers together a trove of work from many young Texas-based artists, along with their peers from across the country. 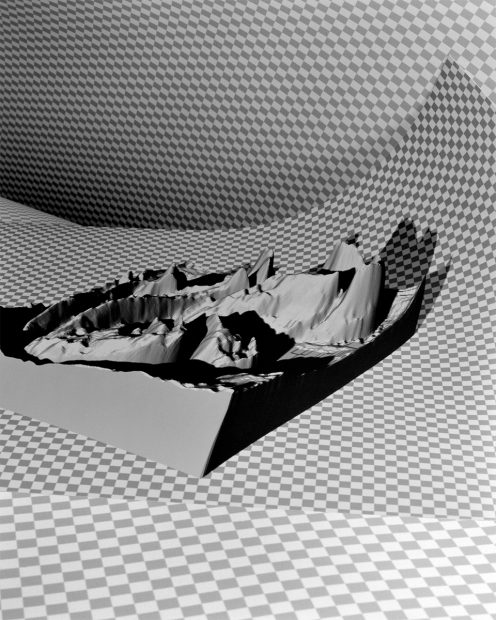 It’s a heterogeneous exhibition, filling up the spacious gallery end-to-end with examples of photographs featuring “manipulation in surface, content or intentional fakery.” The show begins (if you read it from left to right) with an image that is entirely manufactured, constructed without referent or index — the “real” thing that gives the photograph its “truth.” The image, by St. Louis-based collaborative artist team PWMD (Marissa Dembkoski and Paal Williams), shows a slice of computer-generated landscape situated in a dynamic composition of shifting planes rendered in the grey-and-white checkerboard of the blank canvas in Photoshop. It’s an image derived from “nothing,” connected to reality only by the fact of its physical form, and even that is cleverly downplayed by affixing the print flush to the wall as an adhesive, underscoring its photographic flatness.

The image by PWMD, titled simply Landscape.jpg, represents the furthest point on the spectrum of photographic unreality that is explored throughout the show. An array of the tools and processes of photographic manipulation, analog and digital, are on display here, and deployed for various artistic ends. The show ranges across abstract compositions, digital trickery, photochemical experiments, in-camera techniques, photomontage and collage, crafty surface tinkering, and fictional narratives in what are otherwise straight photographs. Nothing was left off the menu, it appears; it seems that any and all artistic interventions into the photograph could apply here, which unfortunately dilutes the curatorial message. 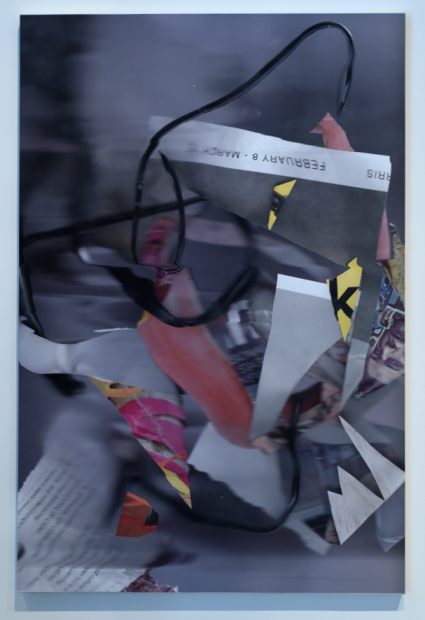 Nevertheless, some strong highlights and interesting threads emerge among the works. The propensity of photographic methods toward painterly results are skillfully rendered in the abstracted compositions made with a flatbed scanner by Dallas-based artist Liz Trosper, as well as in the organic forms achieved through photochemical manipulation by San Antonio-based artist (and TTU alumna) Emily Verkamp. Milwaukee-based Daniel McCullough likewise introduces painterly gestures and fingerprints on the emulsion of a black-and-white photograph, collapsing the distance between the “truth” of the image and the “truth” of the surface of the photograph. 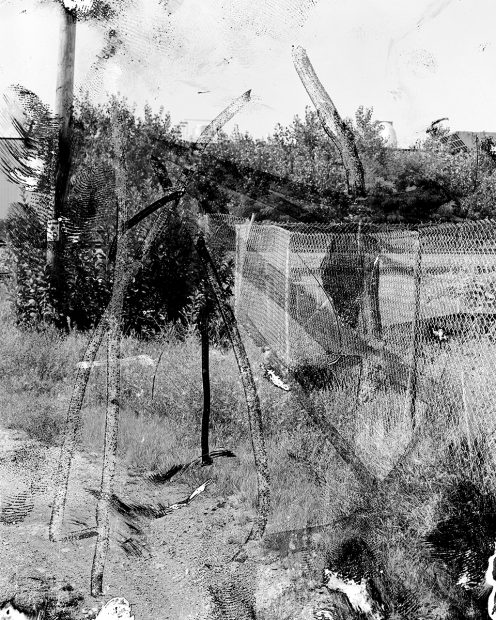 The deeply complicated relationship between photography, science, and truth proves fertile ground for many artists here. Portland-based artist Justin Levesque presents a 2017 triptych of an ice floe, the length of which has clearly been digitally manipulated, titled 1 Day at Sea Feels Like 3 Days on Land, part of a larger series on Arctic images and data systems. Photographs by Boston-based photographer Cassandra Klos depict life on Mars, in images of spacesuited volunteers living and working in simulation exercises at the Mars Desert Research Station in Utah, where Klos has been artist-in-residence since 2015. 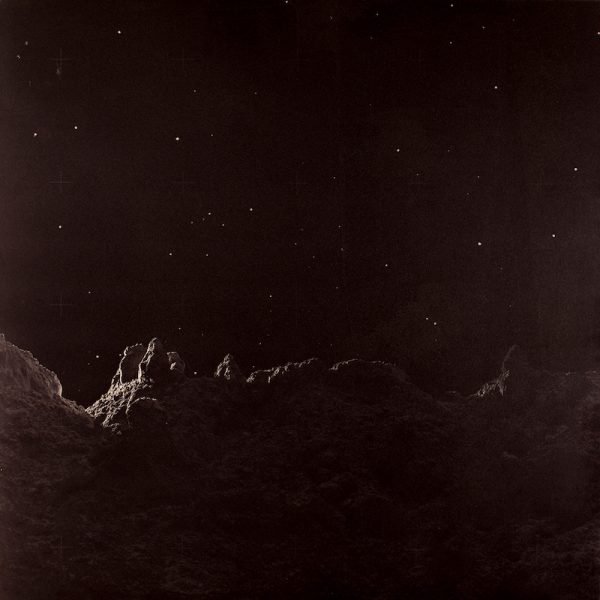 An interesting micro-threme of celestial fantasies and archaic photo processes can also be found in Manufactured Untruth, linking our desire for photographic evidence from other worlds with the early history of photography. Atlanta-based collaborative team Mark Schoon and Casey McGuire reference the “Great Moon Hoax” of 1835 (which envisioned a civilization on the moon) in their work using sculptural models and the 19th-century processes of salt print and cyanotype. And the gum bichromate prints by Dayton-based photographer Christine Zuercher resemble dark, textured lunar landscapes.

As our lives become more inundated with images, and the tools of photographic manipulation become ever more accessible and accepted, I’d like to think we grow more sophisticated and attuned to instances of fakery. But the opposite proves to be true — while we giddily apply Snapchat filters to our selfies, we also still, all too quickly, accept photographs (among other things) as factual documents. In the end, since most of our minds are made up from the outset, any evidence to the contrary won’t matter much anyway. We see what we want to see.

Manufactured Untruth certainly could have been made stronger by some editing. In the age of images derived from the digital ether, the collages of found photographs seem quaint, as well as most of the photographs with mixed-media elements applied to their surfaces. The strongest works interrogate the nature of photography and our relationship to it, while the weakest (in terms of the curatorial premise) seem to just use photography as an artistic method to express not necessarily an “untruth,” but simply a subjective reality. But perhaps I’m imposing too much of a hierarchy here, because in the age of alternative facts, one person’s “untruth” may just be another’s “subjective reality.”

Send Your Art-Challenged Friends to Skool!