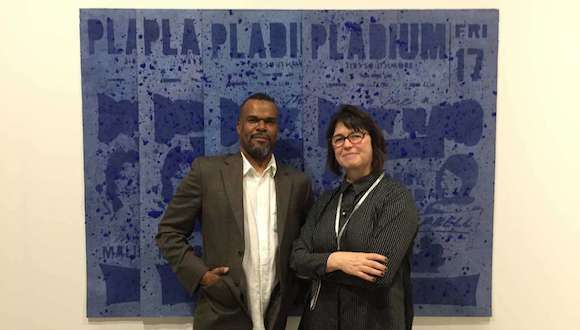 Art Basel and BMW have announced that Houston artist Jamal Cyrus is on the shortlist for the upcoming BMW Art Journey prize. Cyrus, along with the two other shortlisted artists (A.K. Burns and Mariela Scafati), were selected out of the exhibitors in Positions, a section of Art Basel Miami that focuses on solo show of works by emerging artists.

To those of us in Texas, Cyrus is anything but emerging: he was born in Houston in 1973 and received his undergraduate degree from the University of Houston. He’s represented by Inman Gallery (Inman brought Cyrus to this year’s Art Basel Miami) and is a member of the artist collective Otabenga Jones and Associates, with whom he exhibited at the Menil Collection, the High Museum of Art in Atlanta, and the 2006 Whitney Biennial. Otabenga Jones and Associates is also included in this year’s Prospect.4 triennial in New Orleans.

The winner of the BMW Art Journey prize will be announced early next year — the award will enable the winner to travel the world in search of inspiration or research for a project. Past winners include Abigail Reynolds, Henning Fehr and Philipp Rühr, and Samson Young.