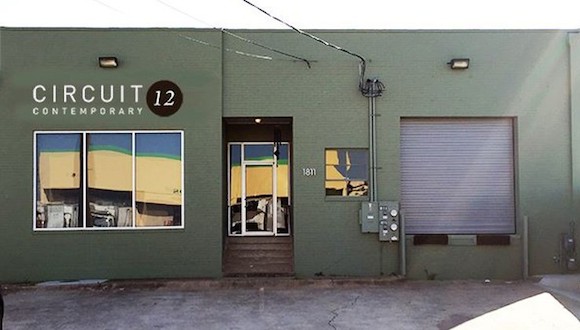 Dustin and Gina Orlando, the founders and owners of the Dallas gallery Circuit12 Contemporary, have announced that they have not renewed the lease at their Levee Street space and are instead going to “work towards a more sustainable gallery model” and “seek out a new location for the gallery.” Founded in 2012, the gallery has hosted numerous shows featuring works by local, regional, national, and international artists. In 2015, Circuit12 moved from Dragon Street to its current location, signing a three-year lease and opening Primer, a museum-like gift shop in the front of the gallery.

Circuit12’s transition comes at a time when other Texas galleries are closing and rethinking their business models: two months ago, Houston’s Zoya Tommy Gallery closed its doors, and just last month, Houston’s Art Palace announced that it plans to forgo a brick-and-mortar space in favor of a new business model, operating “at the intersection of a commercial gallery, independent curating and art consulting.”

“In March of 2015, Circuit12 took a big leap and relocated from Dragon Street to Levee Street. Signing another 3-year lease, building out the venue and introducing a museum-style gift shop, known as Primer. The latter, being something no other commercial gallery has done before, in Dallas.

Fast forward to summer 2017, and an ever-changing art world, we found ourselves in a predicament that many small to midsize galleries have faced over the last five years.

What do we do next?

Renew our lease, relocate to a new brick and mortar, put more emphasis on art fairs, partner with another gallery, move to online sales only or simply just close? All decisions that need to be made on a level head and with a well thought out plan.

We decided not to renew our lease. Grappling with these options for a while now, we realized this space wasn’t the right fit anymore as we work towards a more sustainable gallery model.

Although the transition will be difficult, and we are certain this location will be missed in the community, we are also energized at the prospect of a new beginning. We look forward to devoting time to our family through the holidays as we revamp and seek out a new location for the gallery.

In the interim, Circuit12 will continue to do business through private dealing and by appointment, at a soon to be announced private viewing location.

We have been humbled by the support and patronage of the Dallas art community, throughout the years, and have had the good fortune of working with some of the best clients and artists anyone could hope for, many of which have become close, dear friends.

We look forward to sharing our next endeavor with everyone and expect to have more news to share in 2018.

Until then, be kind, support the arts and spread the love!

Sorry to hear you are leaving the neighborhood. Or maybe, you will relocate in our ‘hood’. Good luck with your new business plan. Lots of changes in the art world, some of them are good. We wish you a wonderful Holiday Season.
-PDNB Gallery

I wholeheartedly agree that a new/new models are needed! Best to you both as you make changes.