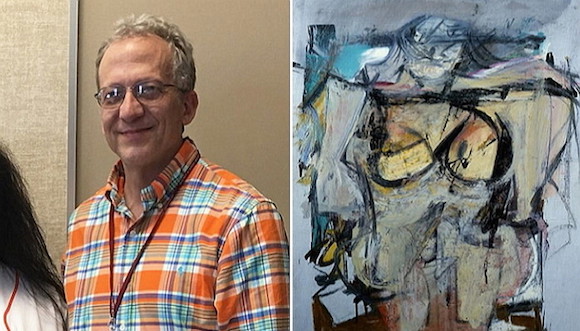 As executor of their estate, Houstonian Ron Roseman traveled to New Mexico to deal with the house of his favorite aunt and uncle. He cleaned out some older furniture, some artifacts, some paintings and sold them to an antique dealer for $2,000.

Rita and Jerome Alter were schoolteachers and, although they regularly traveled the world and left a million dollars in their bank account, Roseman not could imagine that his aunt and uncle could be involved in anything disreputable. But a few days after the sale to the antique store, he got a call from the FBI. It turns out that one of the paintings was a Willem de Kooning painting, Woman Ochre, which was stolen from the University of Arizona Museum of Art 32 years ago.

Watch the WFAA (Dallas’ ABC affiliate) news story below. The painting has been returned to the University Museum.