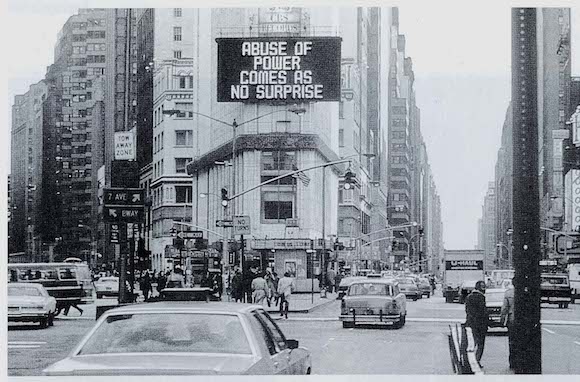 Early this morning, October 30, an open letter was posted on the website not-surprised.org, signed by almost 2,000 arts professionals. In response to the recent sexual misconduct scandal involving Artforum publisher Knight Landesman, the letter pulls no punches. It reads in part:

Many institutions and individuals with power in the art world espouse the rhetoric of feminism and equity in theory, often financially benefitting from these flimsy claims of progressive politics, while preserving oppressive and harmful sexist norms in practice. Those in power ignore, excuse, or commit everyday instances of harassment and degradation, creating an environment of acceptance of and complicity in many more serious, illegal abuses of power.

The resignation of one publisher from one high-profile magazine does not solve the larger, more insidious problem: an art world that upholds inherited power structures at the cost of ethical behavior. Similar abuses occur frequently and on a large scale within this industry. We have been silenced, ostracized, pathologized, dismissed as “overreacting,” and threatened when we have tried to expose sexually and emotionally abusive behavior.

We will be silenced no longer.

To read the full letter, or to add your signature, go here.