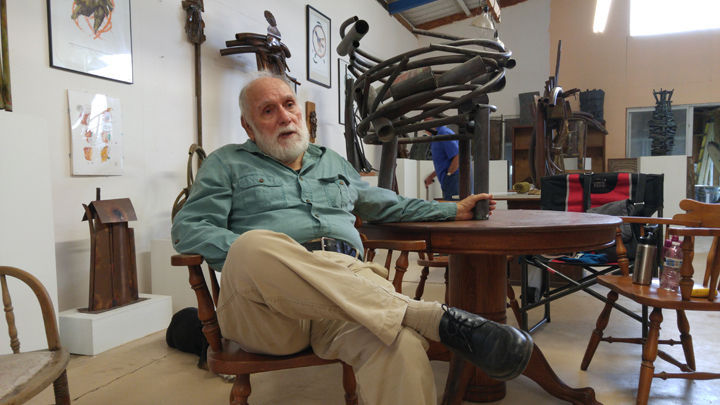 Longtime ceramicist and teacher Ishmael Soto died this week at the age of 84 after battling cancer, reports Austin360.

“Longtime” does not begin to describe his career, influence, and the thousands of students he taught. He attended the University of Texas (UT), got his master’s degree from the Cranbrook Academy of Art, taught a few years at the San Antonio Art Institute, then returned to his hometown of Austin to teach at UT. He then taught art at Austin Community College for more than two decades.

In conjunction with his 2007 solo exhibition at Mexic-Arte Museum, Vessels and Inspirations: Ceramic and Sculptural Works of Ishmael Soto, the Austin Chronicle wrote, “Fifty years ago, as an arts scene was emerging in his hometown, he was in the midst of it, a pioneer on Austin’s creative front, a leading Latino artist. A half-century later, he is still in the midst of it, still showing us how it’s done.”