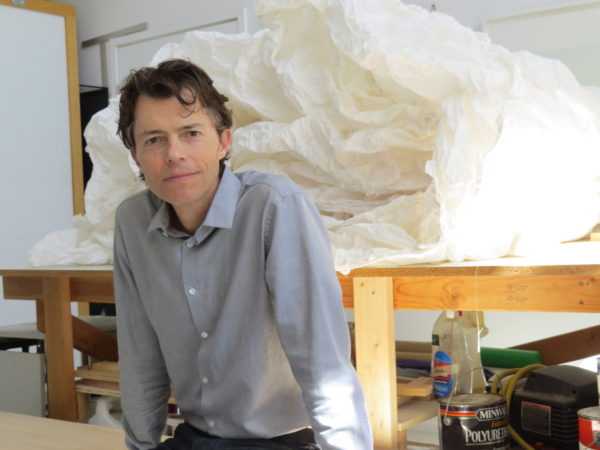 San Antonio-based Stuart Allen is an artist who wears many hats. Although he has exhibited sculptural and photographic works around the U.S. since 1992 and has more than 35 solo shows under his belt, Allen is also active in the public-art arena, where he has completed over a dozen permanent installation projects and has assumed consulting and managerial roles. For most of his life he’s also raced sailboats and participated in kite-flying events, activities that inform his work. Most recently, Allen was the lead artist and project manager of the Yanaguana Garden in San Antonio’s Hemisfair Park. His newest undertaking, Bridge Projects, provides kite-building and art-making workshops for the community at large.

Born in Wichita, Allen studied architecture at the University of Kansas before earning a BFA in photography and video from the Kansas City Art Institute in 1993. As a student, he became interested in the installations of Robert Irwin, and began thinking about how to use a camera as a tool for investigating properties of light and space. Upon moving to Davis, California in 1993, Allen divided his time between directing a community gallery and working on his own art. In 1996, he merged his interests by building a series of kites from photographs that he took of clouds, and then shot new photographs of the kite sculptures as he flew them among more clouds. Working from a scientific perspective, Allen considers these photos to be studies of wind movements. 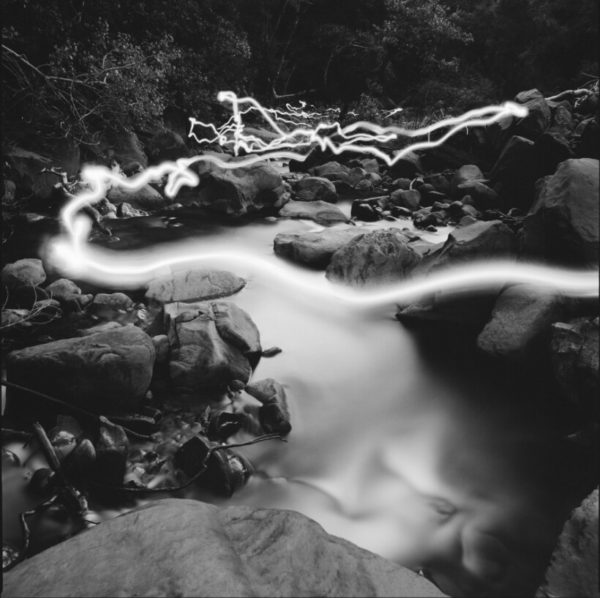 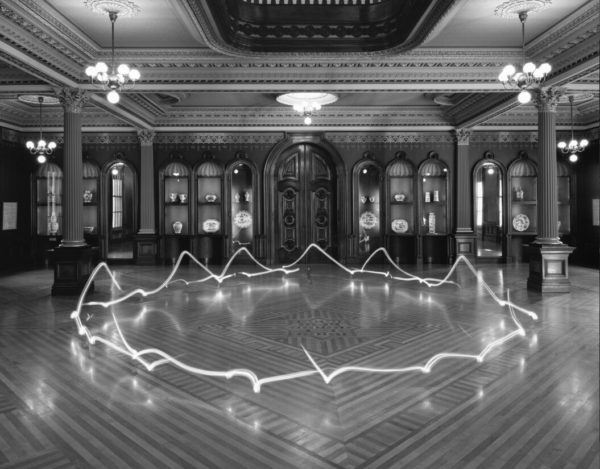 Continuing his interest in the trajectories of the natural elements, Allen next considered how to document the movement of water. His solution was to place a flashlight in a sealed plastic bag and photograph it using a slow exposure while it floated down a river. In the resultant photo, the trajectory emerges as a curving line of light. In related works, such as Rock Hopping Lines, Allen used the same procedure to document nature walks by photographing himself moving along a trail or hopping amongst stones while holding the flashlight. He applied the process again a few years later for an exhibition at the Crocker Art Museum where he collaborated with professional dancers. With the museum’s splendid interior as a backdrop, Allen photographed the dancers performing a variety of dance genres with Allen-designed halogen lamps attached to their limbs. In the photos, the recorded paths of light resemble rhythmic neon sculptures. 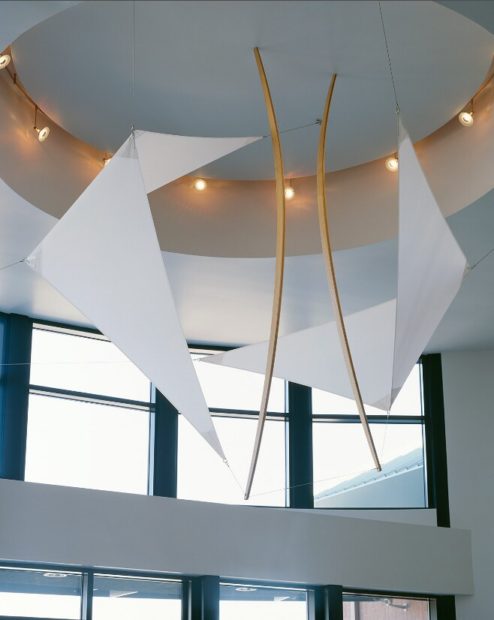 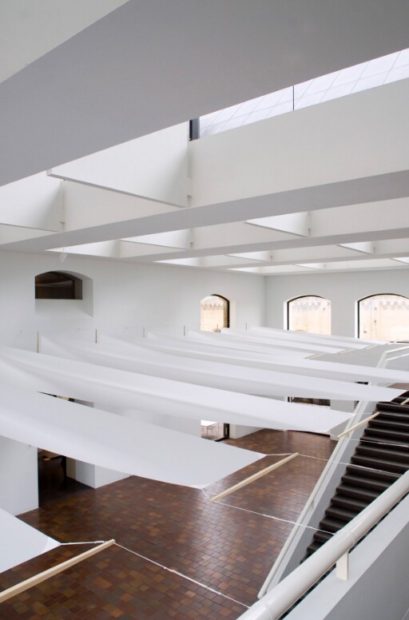 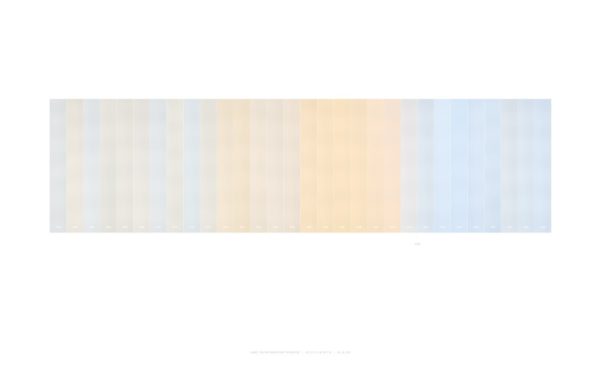 Concurrent with his explorations in photography, Allen was making kites and related sculptures from sailcloth, a material that reflects his love of sailing but, more importantly, functions as a mediator and filter of light. For several of his early public art projects, he designed kite sculptures and suspended them from ceilings so that the sailcloth operates something like a sundial, capturing light entering through a building’s windows and revealing its changes throughout the course of a day.

After moving to San Antonio in 2004, Allen was invited to create a temporary site-specific installation for the Great Hall of the San Antonio Museum of Art. Responding to the broad expanse of the space and the location of the mezzanine and clerestory windows, Allen installed nine broad bands of sailcloth at mezzanine level, so that they could be viewed from both above and below, and twisted them at the center of each, so that they would respond to light coming in from several directions. In a series of related photographs, Allen photographed daylight at designated locations at different times of a day, with sailcloth covering the lens of his camera. He then created photographic composites using vertical strips cut from the photos, sequenced to document the changing colors of light throughout a single day. Allen titled these works using scientific language for the longitude and latitude of the location where a sculptural work was installed or a photograph was taken. 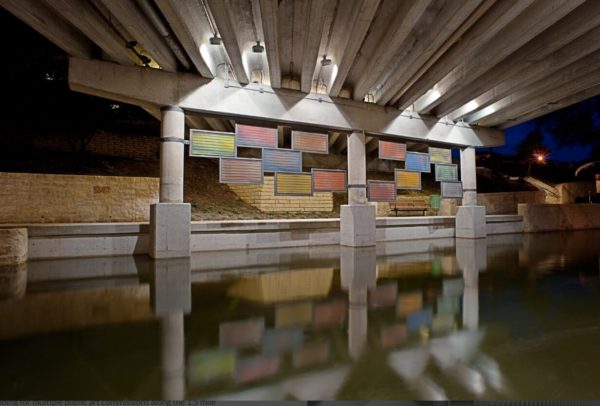 While working on the SAMA installation, Allen was among a handful of artists selected to create site-specific installations for the bridge underpasses of the Museum Reach section of the San Antonio Riverwalk. In developing his project for two of the underpasses, which was completed in 2009, Allen considered the ways that visitors might experience the installations, either as pedestrians walking along designated pathways or as travelers on river barges. This led him to create a series of works that become activated by the movements of the viewer. Between the columns at either side of the underpasses, Allen suspended groupings of stainless steel mesh panels, painted different colors that appear to change as they interact with light and when viewed from different vantage points. The colors were determined through a process of extracting color pixels from photographs of the landscape of the surrounding area.

For a series of prints produced later the same year, Allen photographed the Nevada desert, sampled the colors from the photos in similar fashion, and created new computer drawings that represent a particular location by reducing it to a color abstraction. To create an optical experience of shifting colors that once again depends on a viewer’s location, Allen framed the abstract prints behind fritted glass that partially obscures the printed lines. 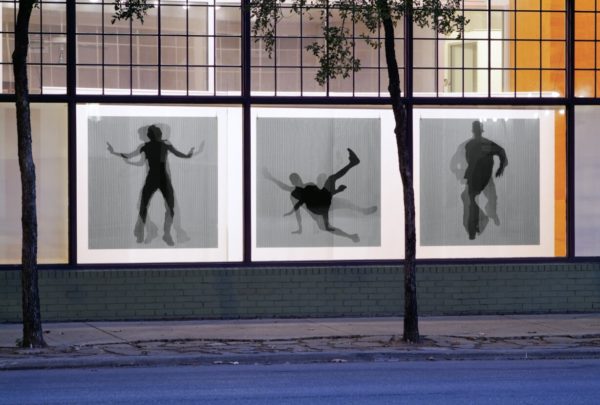 Allen’s interest in developing dynamic perceptual experiences is also evident in Parallax, a window installation he created in 2009 for Artpace’s former Window Works program. When walking or driving by the window, viewers could experience a kind of shadowbox theater that Allen constructed using an uncommon print format known as a parallax panoramagram, which consists of two sheets—one housing images broken up into vertical strips and the other a barrier layer with a repeating pattern of thin, opaque lines. When Allen suspended three large parallax panoramagrams printed with dark silhouettes of human figures between the windows and a curving white wall, the figures appear to be set in motion. 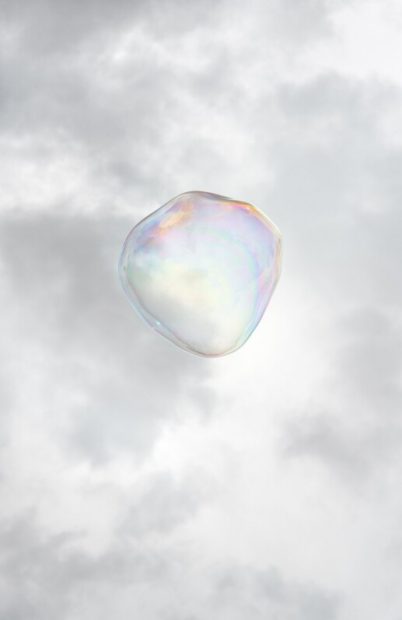 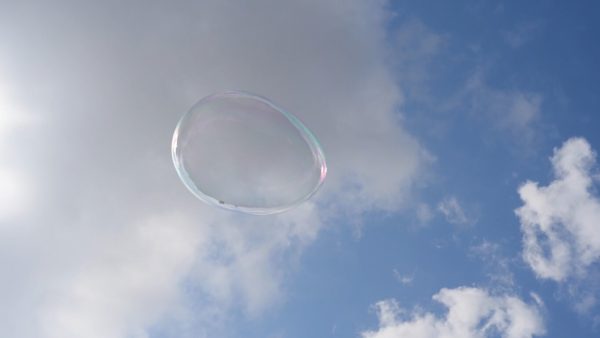 In 2014, Allen returned to his roots with an exhibition at Fl!ght Gallery of breathtaking photographs that recall his earliest images of kites floating  before cloudy skies, only this time soap bubbles have been substituted for kites. The series continues Allen’s longtime interest in exploring the colors of light and how we perceive them. In the photos, each bubble acts like a prism, with various colors emerging within its interior or reflected on its exterior. A related video provides a sense of meditative tranquility as we the watch the slow hypnotic undulations of individual bubbles assuming different shapes and colors as each floats across the sky.

Allen’s most recent effort involves him orchestrating modular installations of paper clouds illuminated by electrical lighting. In late 2016, he collaborated with his studio assistant Cade Bradshaw and architect/sculptor Robert Amerman in the design of Paper Sky, a site-specific installation at AP Art Lab, one of the newer spaces in San Antonio’s Southtown The Arts District. The individual modules were constructed by participants in Allen and Bradshaw’s Bridge Projects. 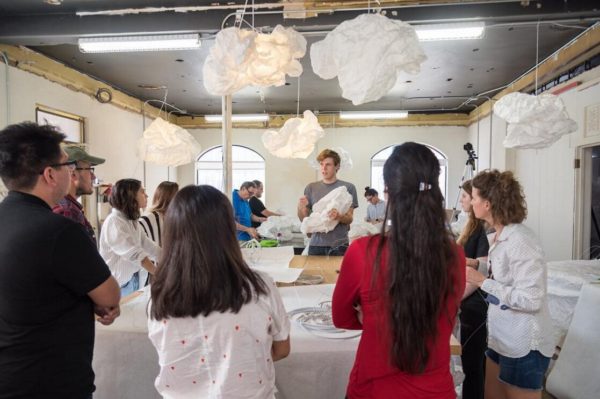 At present, Bridge Projects is holding workshops to create over 100 illuminated paper cloud sculptures to be installed at the local chapter of the American Institute of Architects’ annual Beaux Arts Ball. To date, over 50 participants have signed up for the workshops, and enrollment will remain open through March 26.