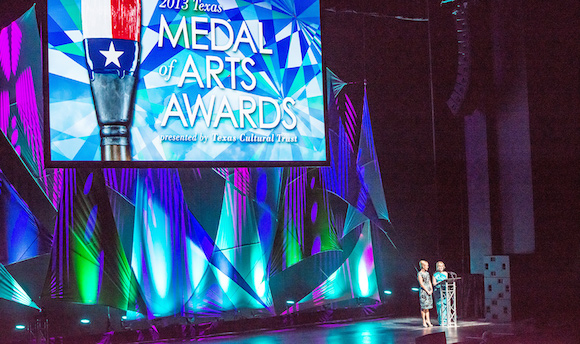 Today the Texas Cultural Trust announced its 2017 honorees for the biennial Texas Medal of Arts Awards. The award ceremonies will take place February 21-22 “for the first time ever at Texas Performing Arts at the University of Texas at Austin.”

The announcement was made at a luncheon at the Tobin Center for the Performing Arts in San Antonio. This is the ninth biennial year for the awards. Via the Texas Cultural Trust: “The Texas Medal of Arts Awards is the Texas Cultural Trust’s signature event and the state’s most prestigious arts gala, honoring amazing Texans who have made powerful contributions to the arts here at home and around the world. This event celebrates the state’s legendary artists, entertainers, and arts patrons with a series of events, including a Stars of Texas Brunch at the Governor’s Mansion, a star-studded awards show with special musical performances, and a gala dinner.”