(Note: This is the first in a series of stories published in conjunction with the traveling project ‘Altered States’ which opens November 3rd at FL!GHT Gallery in San Antonio.)

I’m on my way to Nowhere, OK? And from there I’ll head west to Happy.

It’s an experiment with Hurtle Space Preference in an attempt to find passage to that Last Increment of Zeno, the place that can never quite be reached. As the speed that is appropriate for a human body in motion when it is most in the pocket in relation to gravity and resistance, Hurtle Space Preference is as a good a place as any to start. I’m driving a tentative line to see if by moving just faster than my body’s HSP I can move past myself into a less subjective awareness.

But I know it won’t happen.

I can tell it’s a bad idea.

For one thing, you want to be in the pocket, not turning it inside out.

But moving faster than one’s own HSP is a workable model for another notion: that if you can move on a purposeful line while remaining completely lateral, with vision set at at least a 220 degree FOO (Fan Of Observation), you can make random discoveries in the peripheries that may gain monumental proportions, in direct relationship to their irrelevance to the line being followed. It’s a true paradox: objects and events get larger under indirect observation, as if memory and imagination were themselves the sixth sense. By moving with an attitude just the slightest bit out of its skull, you can peel back that grin and find out, not who’s in there—you’ll continue to fool yourself on that one, but that something in there is in love with almost everything else. It’s the leaning into the line of travel that gives that 220 degree arc its tension, like an arrow that curves the bow but never flies. In other words, two wrongs don’t make a right if you’re trying to draw a square, but three do.

On my way to Nowhere, I’ve  gone through Fort Worth to visit friends and see the Frank Stella retrospective at the Modern Art Museum. Stella got wrapped up my mind with the Beatles and Alfred Hitchcock as icons of my youth, so I was really excited to see the show. One of my favorite periods, the Moby Dick (it can’t possibly be a story) stuff, was installed, I’m happy to say, with seaworthy perfection.

Each work in this series is named for a chapter from Melville’s book. One of the pieces in the retrospective, Fedallah, from 1988, is named for a harpooner that cultivates the habit of standing in Captain Ahab’s shadow so that he never casts one himself. Apropos for the line I’m driving as the ever-present moment, moving through space, constantly eclipses the road directly below my vehicle.

The first several years of Stella’s work, from ’58 on, the work that made Stella not a household name where I grew up, was likewise well-represented, and is to this day a beautiful end game in painting.

I stood before one of the great protractors and this is what I overheard:

Together, they completed a circle. 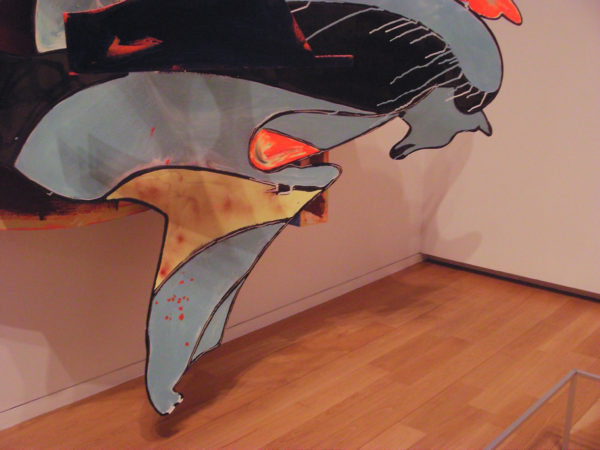 The Modern Art Museum of Fort Worth: Frank Stella, Fedallah, 1988. In a world of shadows cast, you can never see the whole picture.

Miles later in Cache, OK, I try to visit Quanah Parker’s house behind the trading post/cafe/gas station, but the gate is closed and the gatekeeper has too many burgers to cook. The Star House, as it is called, is falling apart and seems to be stuck in an eddy of not enough funding or time, with reverse currents of control, apathy and resentment keeping things at a stand still. An outsider’s wish: that the Comanche Nation, the owner of the land, and the citizens of the community can come together to restore it in a doable agreement that satisfies everyone. 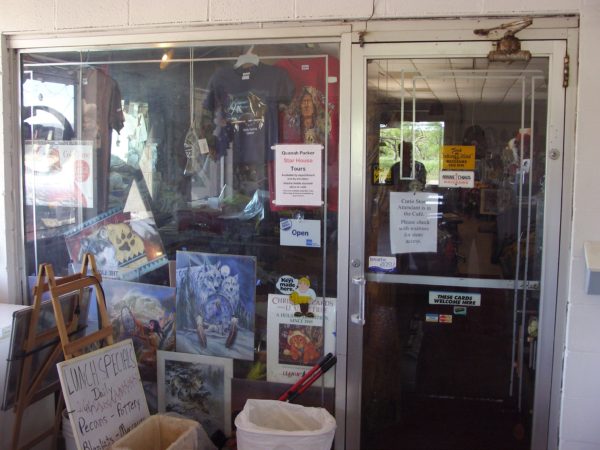 Lots of possibilities on offer at The Trading Post. I filled the tank, but didn’t need to get a key made. 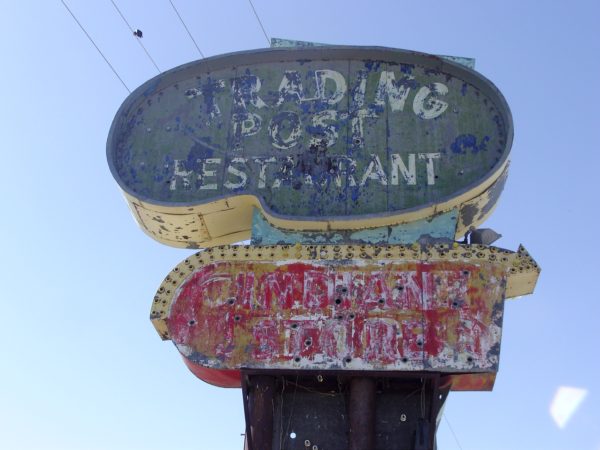 Wouldn’t be bad idea to restore this classic beauty too.

Quanah Parker’s significance in our history is beyond debate. They should get this done. His grave marker at Fort Sill bears these words: “Resting Here Until Day Breaks And Shadows Fall and Darkness Disappears.” You could say the same for the entire country.

Something I learned on this trip: apparently Clement Greenberg was in the army and stationed at Ft. Sill in the forties. I heard this visiting with my long-time friends Frances Colpitt & Don Walton in Fort Worth. It had been a few years since we’d seen each other, so we had a great time hanging out. At some point the conversation turned toward my next day’s destination, Nowhere. It’s not far from Ft. Sill, so Fran mentioned that Clement Greenberg had done basic training there in the forties. But I don’t know for a fact that she said this. I did have a dream of a bird on a window sill. And the room I slept in was a converted garage with a cement floor. And there was a green guitar Donny had left on the bed, so maybe all that got mixed up as I slept. In retrospect, it was just something on the edges of my awareness. 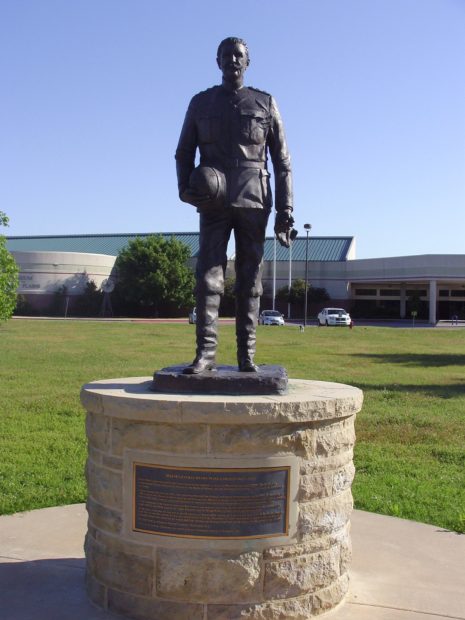 Outside the Museum of The Great Plains, Lawton, Oklahoma. I don’t know who this soldier is, but he’s not Quanah Parker or Clement Greenberg. 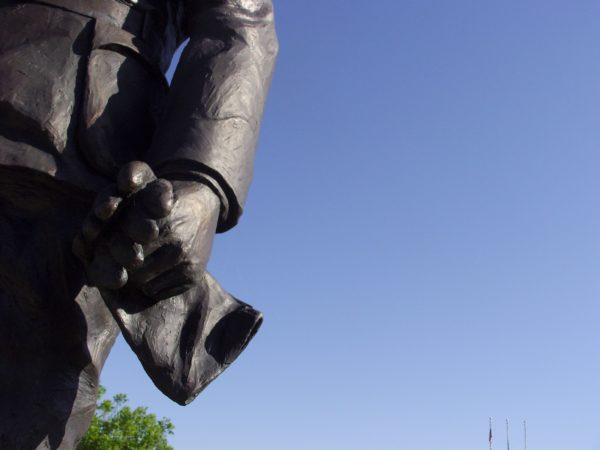 Apparently the Comanche Nation and Abstract Expressionism flags are backordered.

At the Wichita Mountains Wildlife Refuge and Visitor’s Center, west of Cache, I speak with the clerk behind the counter. I learn that the present address of the Star House isn’t its original location. She says if I wait a few hours until mid-afternoon, I can probably go back to the trading post and see if the tour is happening. But I explain that I’m on my way to Nowhere and need to get down the road. “I hope you find what you’re looking for,” she says.