“A Sponge & A Sigh” at The Museum of Human Achievement 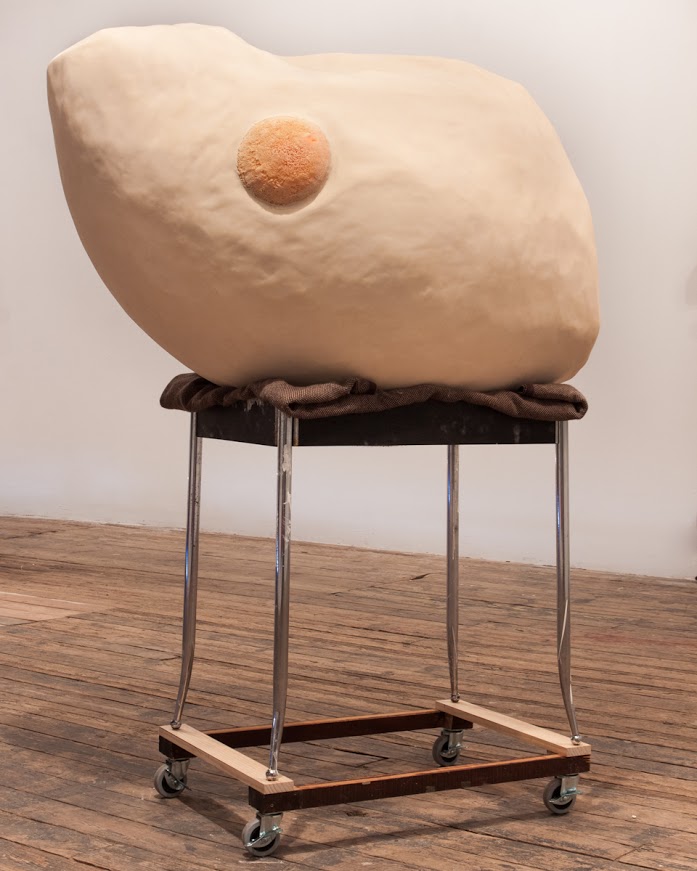 After our last Top Five video, I got a phone call from an exasperated friend who’s worried that too much art that’s being made now is either child-like or centers on childhood and nostalgia. He asked why I thought this is a current direction of so much art, and I said: “Because when you live in a police state, citizens get passive and devolve into children,” but I wasn’t sure I believe this Huxley spiel right now. I’m not seeing a lot of new revolutionary art yet (yet!), but I’m not seeing too much pablum, either.

I think—while we’re waiting for the art revolution to emerge and take hold—young people are making some good work. Right now at the Museum of Human Achievement, one of the many smart, scrappy artist-run spaces on the east side of Austin, there’s an MFA exchange show up that’s work by University of Texas students and Rhode Island School of Design students. It’s good. It feels curated (it is, by some of the artists in the show) and cohesive, and almost all the work in it is clever in its underlying concept or the way it’s made. The UT kids battling the RISD kids? Not really. The strength of the work throughout is uniform, which means a few interesting things. 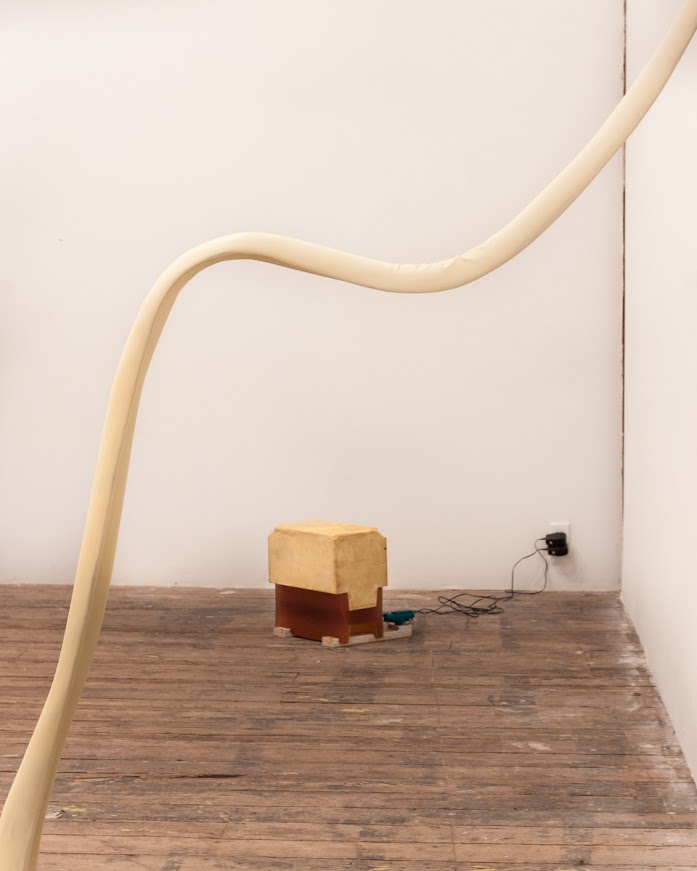 work by Rachel Starbuck (foreground) and William Udell (back)

Austin’s art scene is largely non-commercial. There’s virtually no traditional gallery scene, so the herds of young artists coming out of UT and San Marcos (not to mention the ones who have moved to Austin after finishing their MFAs elsewhere) run their own spaces. And most of the work seems to be made just outside the concern of sales, though of course, these Austin artists are looking at all the same market-driven stuff online and when they travel, so they’re not in a vacuum. You’d think the RISD students should be much more market-driven in their work, seeing as how they’re being groomed for the northeastern market pipeline. But walking through the show, I couldn’t suss a RISD piece versus a UT piece. There’s a uniformity in ambition level, or maybe just what’s quiet and confident about the work. This isn’t to say the work looks like it was all made by one person. 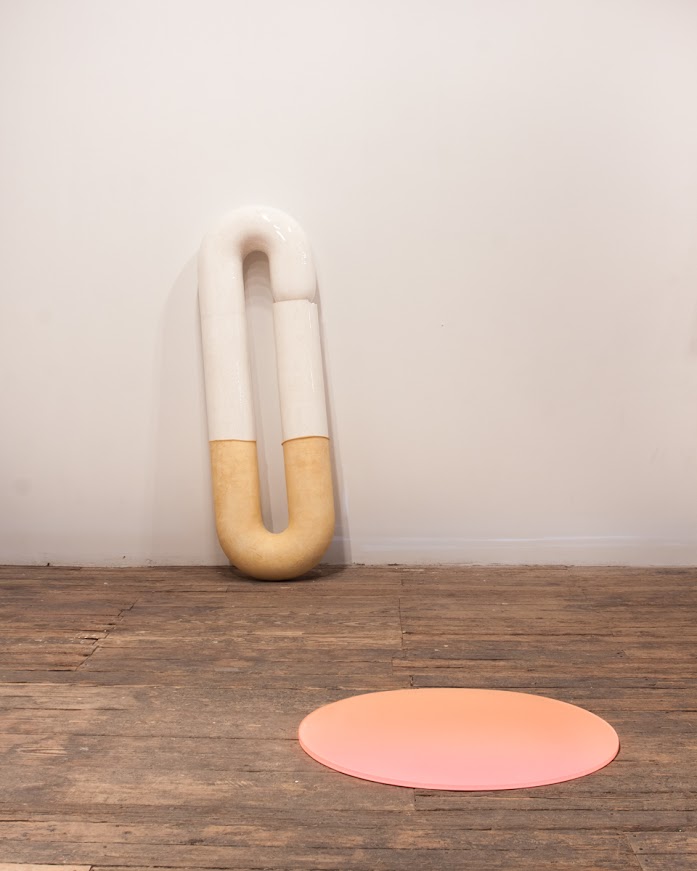 work by Zachary Betts (back) and Devra Freelander (floor)

If this evenness of intelligence and quality is due to tight curation, then kudos to the organizers who presented the show’s two-part theme to the participating artists as early as last summer, so all the work is new and made (to some extent) with the show in mind.The title of the show is “A Sponge & A Sigh” and the guiding concerns are “constrain” and “release,” with the Austin show centered on the “constrain” part. As a theme, it’s used by the artists loosely but tangibly. The next iteration of this show will be up at RISD this spring and addresses “release”—so, it’ll be completely different work by a different set of UT and RISD artists.

A huge part of good curation is making sure the work is well-seated in a space. This show is almost all sculpture, and the MOHA space is an old, raw warehouse room with gloriously beat-up wide-plank floors and a high ceiling. It splits the difference between the feel of an artist’s studio and the feel of a showplace, and sculpture tends to shine in this kind of environment; it gets to be both at home and on point. The organizers chose MOHA for this second year of the UT-RISD exchange, and from what I understand, they knew it would serve the work. 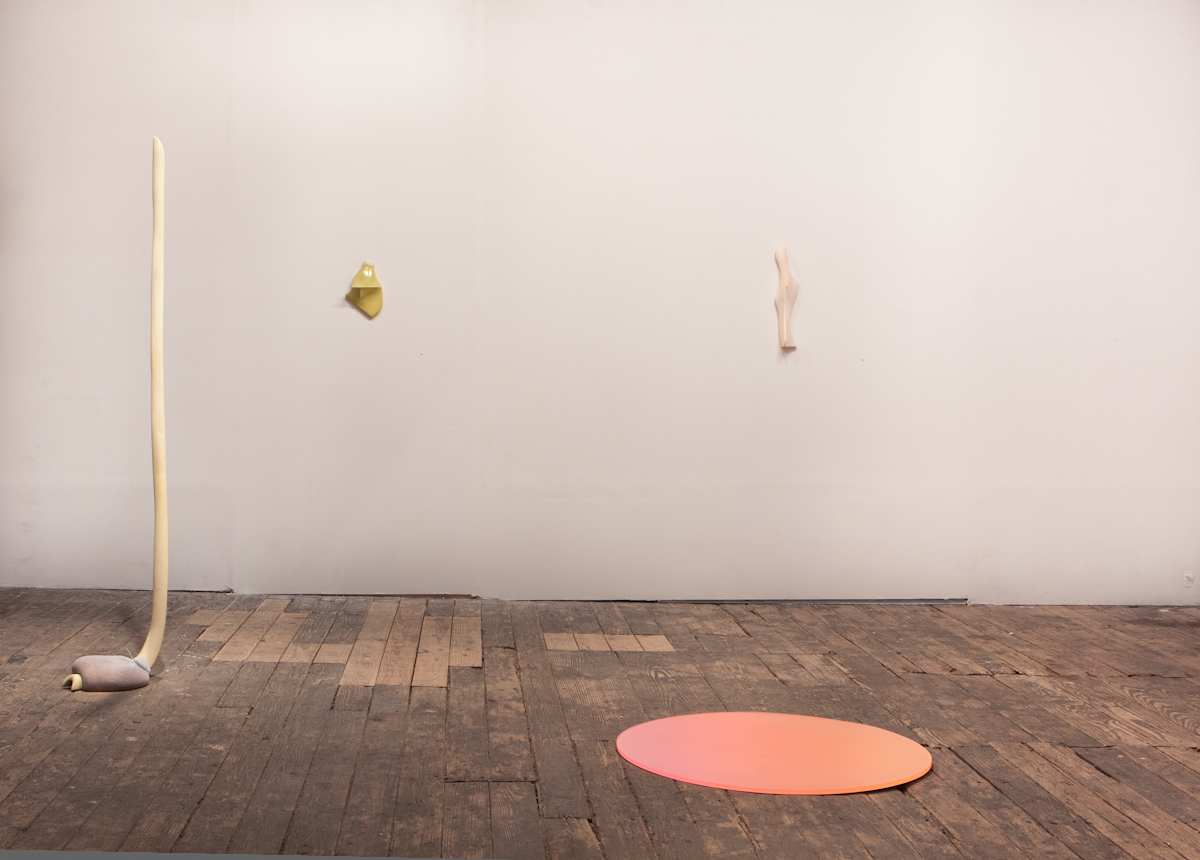 I liked almost everything in the room. There were a few standouts, though, and for me these were the works that dealt with “constraint” via the corporeal. Most of these were from the UT side. I was taken with Rachael Starbuck’s stretched and sinewy resin columns; they jut into and sag in space like weirdly bloodless erections. Zach Meisner’s polymer wall pieces read like Tuttle or even Bourgeois playing with new materials; they’re gross, medical, and also very tidy. Zachary Betts’ big closed-loop half-cigarette/half-entrail keeps the slavery of addiction in mind with a hit of humor (smokers are an obsessive bunch, yes?). 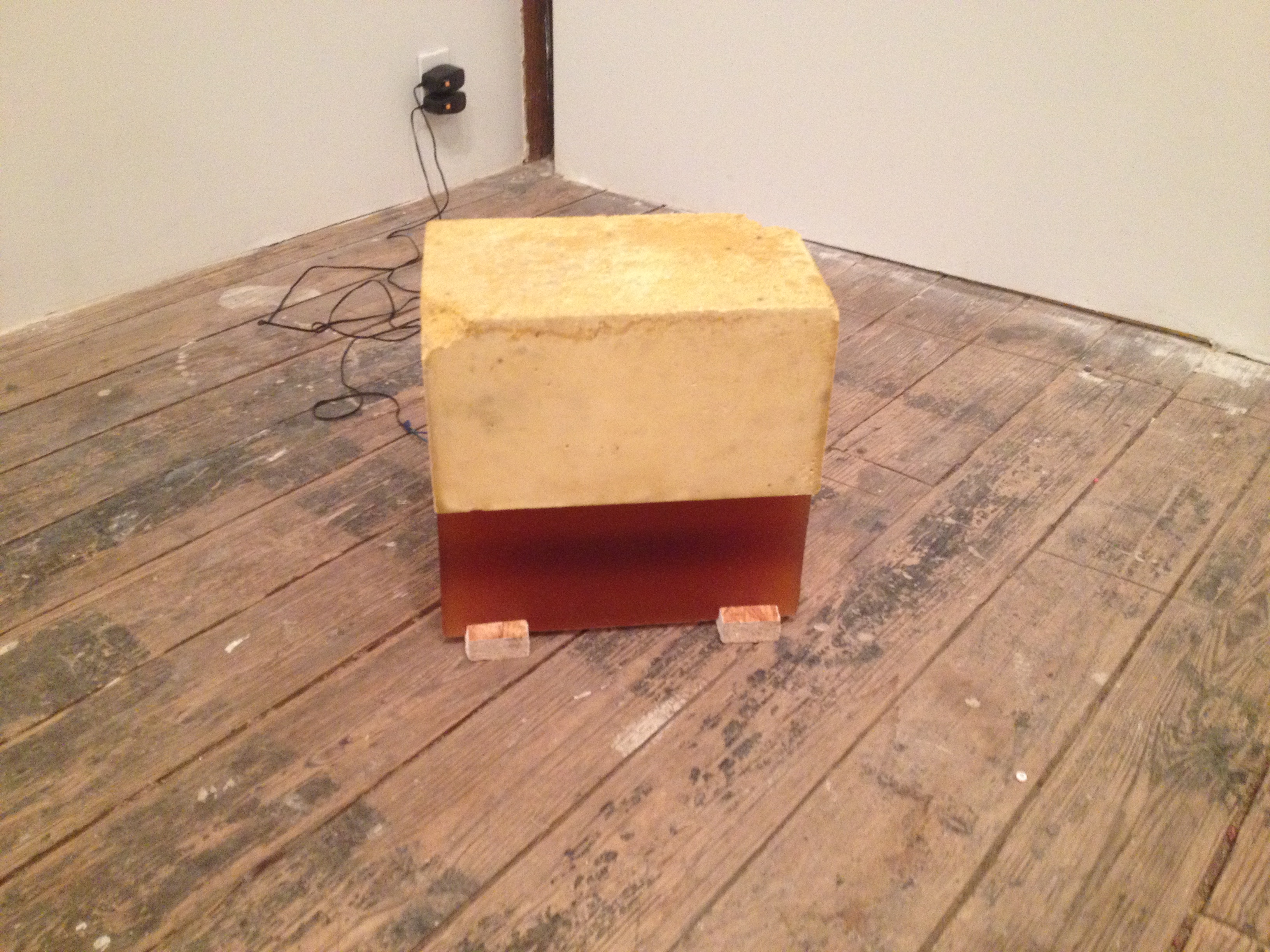 Of the two works I came back to several times, one was by William Udell, of RISD. His Eskimo Kisses is on the floor: two plastic noses attached to jankety motors continuously bump into the translucent rubber base of a compact, otherwise solid monolith. The whole thing jiggles like Jell-O. It’s sweet and strange and compulsive. It’s trapped in its own intimacy loop, for better or worse. (If you’re gonna do Nauman, do it right.) The other is by UT’s Anne Rogers. Mass on Table on Dolly is essentially a giant, disembodied boob weighing down a spindly rolling cart. It has a mountain’s matter-of-fact presence and doesn’t apologize for not being airbrushed and pert. The nipple is just the unsanded mound of carved expandable foam poking out from the more finished whole. It’s a genius use of very low materials. There’s really nothing childish or passive about any of this work. It’s a tad unsettling and witty without violence, and that seems pretty grown-up to me.

Satellite Art Show Will Come to Austin During...