Artists Will Maybe Celebrate Wildly as Glasstire Announces the ArtSmarterPrize! 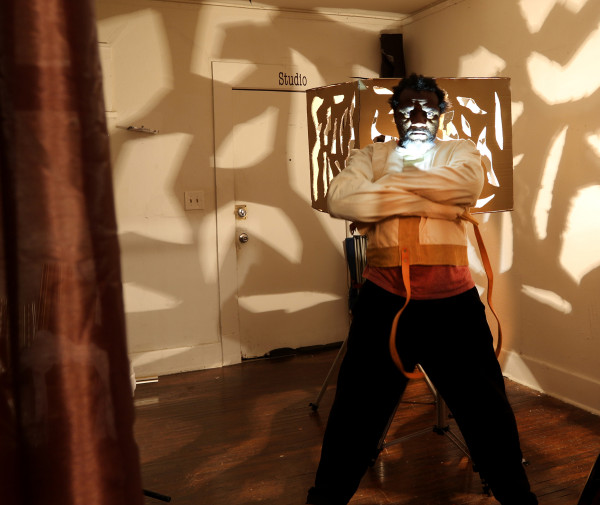 Dallas, TX, August 10, 2015 –  Glasstire is pleased to announce a unique partnership with artist Frank ArtSmarter for a Texas-wide initiative called the ArtSmarterPrize 2016, with the award ceremony to be hosted in Dallas in April of 2016. Cash prizes and artist-designed trophies will be presented to winning artists, or maybe to every artist—we don’t know—and the blockbuster event is expected to draw perhaps dozens of online views. This is a themed invitational, and the theme for artists to consider when creating incredibly pandering work for the ArtSmarterPrize 2016 is: “What Would You Do For Love?”

Says Frank ArtSmarter of the Prize:

As the foremost authority on the arts and with years of experience in the thrift arts, I have benevolently agreed to leave that prestigious world behind and bestow this very generous prize on the struggling Dallas and Fort Worth art scene. I’m a scene-maker nonpareil and now the Dallas area gets to be famous. It will be the biggest thing since galleries moved from Dragon street.

And Rainey Knudson, founder and publisher of Glasstire, says this:

I really don’t know what the hell is going on here. I’m on my way to a coffee meeting. Call me later.

This is the first such partnership Glasstire has initiated in its 14-year history, and the publication was surprised and honored to be approached by the enigmatic ArtSmarter with his proposal to originate an artist invitational in which every artist, no matter his or her status or practice, just fucking cuts to the chase and makes art that panders to the very idea of a populist art “competition.”

In the coming months, Glasstire will exclusively publish text and video content and updates by Frank ArtSmarter as he goes about soliciting artists and honing the Prize. (Also stay tuned to Glasstire for the official video press conference, slated for Fall ‘15.)

ArtSmarter and Glasstire will, in the coming weeks, send invitations to selected artists to participate in this one-of-a-kind opportunity for Texas artists to garner weird and uncontrollable exposure and having one’s not-very-good art judged harshly and gleefully by the often-misguided Frank ArtSmarter and the general public. As of this writing, the basic framework of the ArtSmarterPrize 2016 is as follows:

Artists may participate in one or any combination of the following ways:

1). Submit a video or allow Frank ArtSmarter himself to shoot a video of you, the artist, in your studio (or wherever) relaying what the ArtSmarter Prize 2016 means to you.

2). Reinterpret/modify a thrift store trophy (possibly provided by the ArtSmarterPrize organization) that will be employed as prize material and/or traded and/or auctioned at the Prize ceremony in April. (Location TBA.)

3). Submit an artwork, in any medium, that directly panders to the ArtSmarterPrize 2016 and its theme: “What Would You Do for Love?”

The ArtSmarterPrize will culminate in April, with a live ceremony and auction of artworks and trophies, with bids starting at 50 cents. 100% of the proceeds from the auction, which could obliterate previous auction records for art, will be awarded to the three artists who pander the most.

Watch this space for updates and news. And artists: watch your inboxes for your invitation to participate in the groundbreaking ArtSmarterPrize 2016!

I don’t see why you can’t do both!

Maybe I respond to both with the same work. Lets do an art-tug-of-war. Instead of selling work or auctioning it off at a charity we offer patrons and collectors an opportunity to leg wrestle, watermelon seed spitting or tug of war for works. How about a snark-off where the most dismissive comment wins not having to take the work home with them. Oh this could make gallery openings so much more interactive. I digress. Sorry.

Re: “an artist invitational in which every artist, no matter his or her status or practice, just fucking cuts to the chase..” Ok- I gather from the language here that the competition is for immature 12 year olds or adult artists with a pre-pubescent mentality. Where oh where are the adult art critics in Texas?

It’s a “cool kids” art party. You have to be a cool kid to get the jist. Or the jest. Or just “lets make an event where we can all hang out and make fun of ourselves, our art and everyone else because that’s what the cool kids do.” You are either in the click or out of the click babe.

Marshall, it’s “The Cool Kids”. TCK for short. Please get it right.

Thank you for your time.

maybe the adult art critics are inside your butthole.

Defs in the butthole. You should check.

so wait. I’m suppose to wait for somebody to tell me that I cool enough to participate? Or should I just show up and start drawing on the walls.