Marfa and West Texans Fight to Keep Out Pipelines

by Paula Newton May 5, 2015
FacebookTwitterEmail 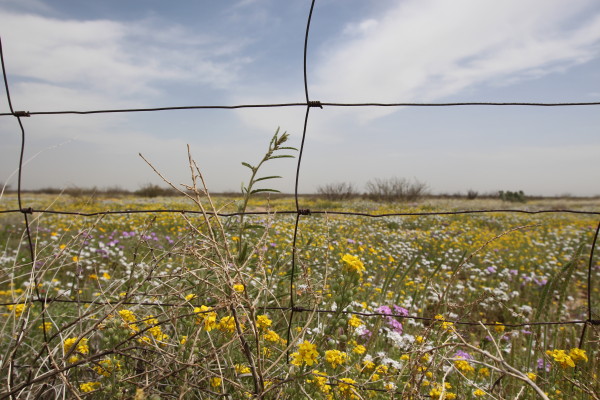 Marfa visitors and residents know that Marfa is bigger than Marfa, bigger than Chinati and the Judd Foundation, bigger than Big Bend—it’s the whole West Texas sense of independence, self-reliance, quirkiness, freedom, and stubbornness.

And now that Mexico’s Comisión Federal de Electricidad, its federal electricity commission, has awarded a contract to a group of Texas companies to build two pipelines through West Texas ranch land, folks are up in arms. A group called the Big Bend Conservation Alliance (BBCA) has put a petition online seeking the 100,000 signatures needed to evoke a presidential response. The petition asks President Obama not to issue the permit that would allow the Trans Pecos Pipeline to cross the international border.

According to Fronteros Desk, Texas pipeline builders can seize private land because many pipelines are classified as being in public good because they carry commodities to customers who might otherwise not be served.

An email forwarded to Glasstire from notinourbigbend.com states: “Proposed routes have it going through neighborhoods, school, next to our only hospital, under the airport runway….. We want to stop this pipeline that will carry the dirty fracked gas through our pristine environment to Mexico. This is a project that is funded by the Mexican government and will not benefit anyone in the U.S. other than the wealthy billionaires who own these multi-national companies.”

The deadline for the petition was today and, at last check, BBCA has fallen far short of the needed signatures. But the Alpine City Council will meet in special session this afternoon at 4pm at the Alpine Civic Center to discuss the agenda item “Trans-Pecos Pipeline and the Environmental and Economic Impact on this area.”

Here is a short video posted by Austinite Carly Shiell, lamenting the proposed pipeline as serious as the loss of the voice of Willie Nelson: