May Day Labor Protest at the Guggenheim 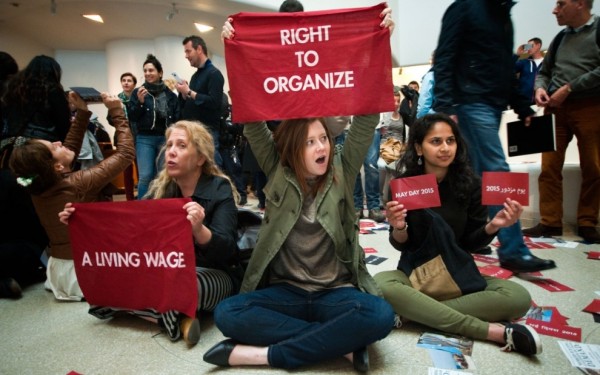 As reported by Hyperallergic, yesterday the Guggenheim museum on 5th Avenue in New York was effectively shut down by protestors calling for a change in labor conditions at the museum’s Abu Dhabi location (which has yet to begin construction). Protestors included members of Gulf Ultra Luxury Faction (known as G.U.L.F.), the Gorilla Girls, and others. When the group of protestors finally vacated the (mostly empty) Guggenheim at 5:30 pm, it was met with 20 pizzas sent by the public art organization Creative Time.