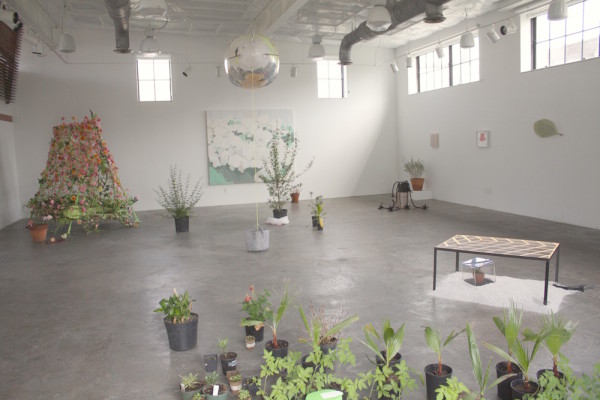 The powers-that-be over at the Galveston Artist Residency have made their spring show about plants; one wonders if they are running a little low in the idea department. The quote from Loren Eisley on GAR’s website doesn’t help: “If I remember the sunflower forest it is because from its hidden reaches humanity arose. The green world is our sacred center…” Judged by its press release, Plant People runs the risk of reading as a new-agey, eco-didactic tree-hugging festival, just in time for the flowers to bloom. Happily, though they all deal with plants in one form or another, Plant People incorporates enough artists who are divergent enough in their practices to evade that almost entirely. 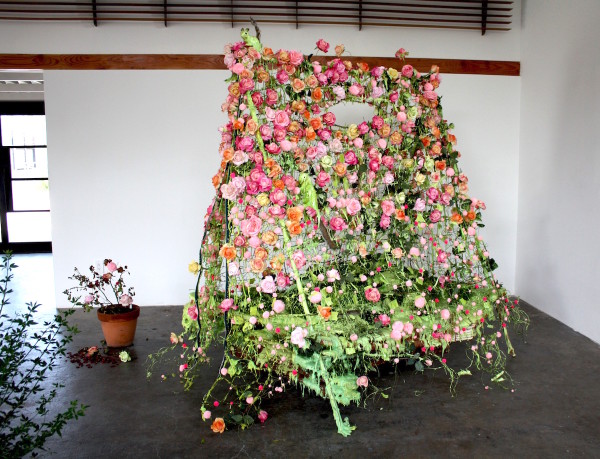 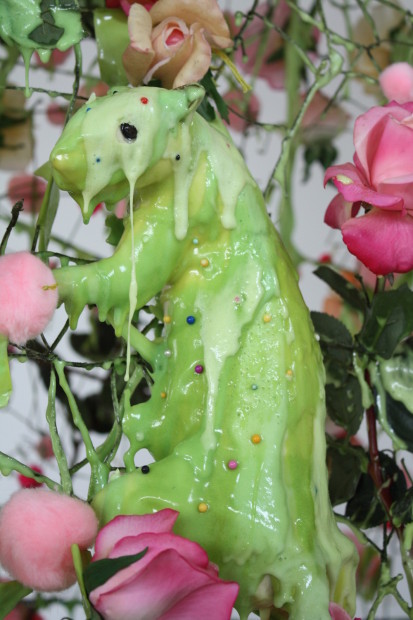 The most surprising is Ann Wood’s florid, gross, radioactive teepee canopy bed. It looks like a fort constructed by a six-year-old girl, daydreaming of a rose garden adorned with sprinkles and glowing green algae goo. The girl ate too much candy at her birthday party and barfed it all over the taxidermied squirrels that cling, petrified, to the sides of the rose-laden fort. A wilting potted rose bush standing nearby is as luscious and decaying as its sculptural counterpart. 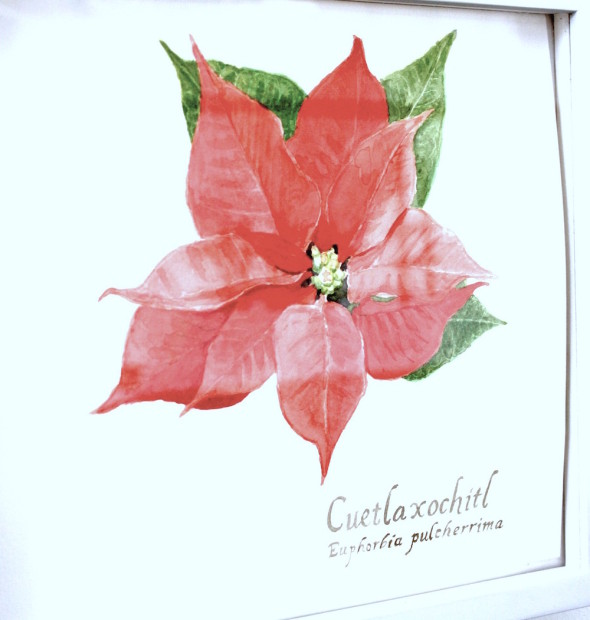 Just about every piece in the show is paired up with a plant; Gabriel Martinez’s rendering of a poinsettia plant is the exception, but the absence of the actual poinsettia serves the sly, subversive and political message of Martinez’s work. Through the gallery handout we find out that the plant, originally named Cuetlaxochitl in Aztec, got hijacked by rabid Christmas consumers once it was introduced to the United States by diplomat Joel Poinsett. Now, one cannot buy a poinsettia unless it’s Christmas. 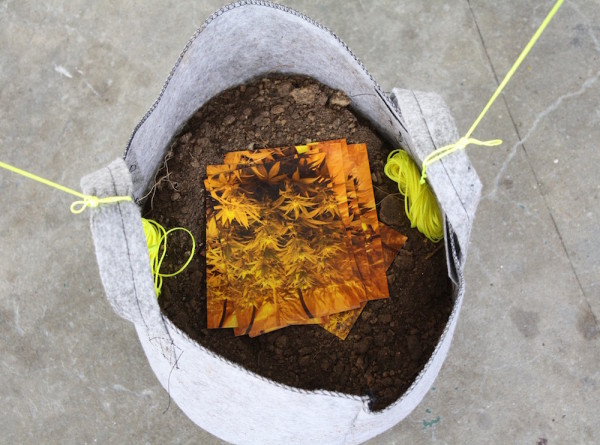 Lisa Sanditz did not incorporate a plant into the exhibition because she didn’t want to get arrested. Her work revolves around Marijuana. In lieu of actual plants, she sends daily pictures of plants growing “legally, somewhere in Colorado” which are laid in a sack of dirt. Presumably a political work about the legalization of marijuana, this work, with its attached inflatable blimp, seems quite literal. Blimp = getting high, and wacky paint on blimp = psychedelia. 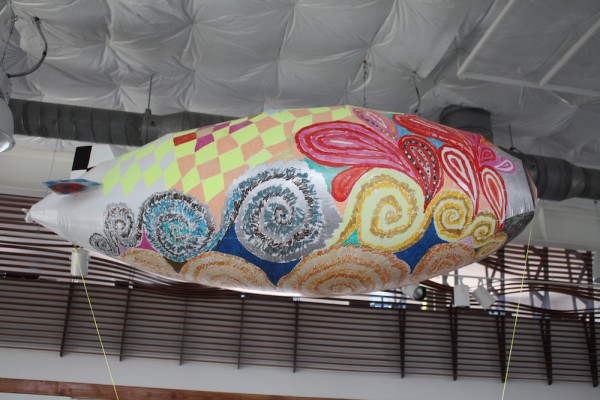 The most successful plant pairing is between small cacti and Brian Porray’s abstract painting/collage. Vivid, and angular, Porray’s piece opts out of depicting plants in any kind of recognizable way, and instead portrays the inner mechanics of plant growth with line and color, suggesting the metaphysical implications of birth, growth, sunlight, and the sustainment of life. Some wonky lines subvert the otherwise rigid lines, bold colors, and angles, giving the piece a more organic feel, and making it convincingly earnest.

Porray’s painting is paired with a shelf of three small cacti called Astrophytum Myriostigma. Gray and barely poking out of their respective pots, they look slightly leathery and fake. I asked if it was real. Sheepishly, a GAR staffer informed me that they are supposed to bloom with bright yellow flowers, but these were the only cacti of its kind they could find here. It’s hard to make assumptions about something that isn’t there, but I think the small gray cacti look best as they are, quiet and subdued. They provide an excellent counterpoint to the bombast in Porray’s painting. 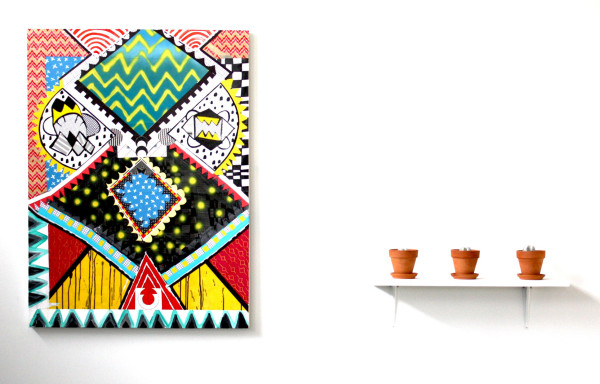 The Galveston Artist Residency made an interesting curatorial choice in pairing works with actual plants. The plants made more sense with some work than with others, but the most interesting aspect of Plant People were the turns each artist took, prompted by plant life.

Plant People will be on view at Galveston Artist Residency until May 9, 2015.