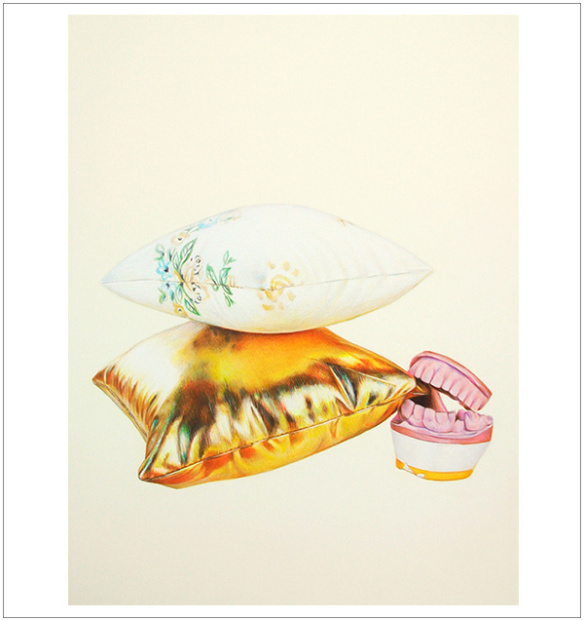 Grayduck Gallery on the Eastside of Austin is pushing ever forward with owner/curator Jill Schroeder hosting more conceptually dense shows. After Some Reflection is its current three-person exhibition including the works of Joe Sinness, Jaelah Kuehmichel, and Jenny Granberry.  The show has some easily digestible figurative watercolors, some odd paintings about fruit, and some flashy Prismacolor drawings; on the whole the show is about different kinds of identity. By this I mean the identity of a person in their own mind, the physical/chemical/biological identity of a person in their body, and the sexual identity of gay men within their own culture. The show flows this way too: from mind to body to culture, but with each artist maintaining his or her individual idea. 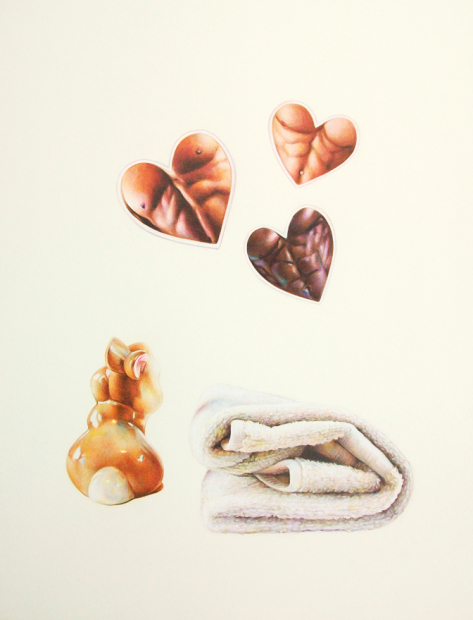 Joe Sinness’s work is sharp, lovely, and subversive. His technical drawing skills are impeccable but the work is more than pretty; the eye candy draws you into some very peculiar little visual-pun vignettes that encapsulate layers of gay culture. Gym Bunny, for example, includes a porcelain rabbit, a towel and some sticker-like hearts of meaty chests, all floating on a white background. It reminds me of M4M Craigslist’s “missed connections” from the gym, but in the visual language of a teenage girl’s journal.

Sweet Lamé is an assemblage of juicy pink lilies, Hawaiian ginger, and some other tropical florals and greenery, perched on a silky piece of gold lamé with a little cluster of turquoise beads draped over the side, and right in the center, a cropped photo of two men having sex in the park.

This drawing is kitsch and yet slightly sad and a little funny. There’s a melancholy through Sinness’ work, with so much aesthetic pleasure and beauty and so little substance to the sexual liaisons they symbolize. My favorite of his here, Aperture, is a circle of bright primary colored fabric—the folds of textile are richly handled—with the floating circle of material in the creamy space of the paper. Objectively pretty but mysterious, the drawing has a nickname by the artist that curator Jill Schroeder shared with me: “Clown Butthole.” To my disappointment, these works were at the back of the gallery, sort of clustered together. It would have been nice to see them more out in the open, especially since Sinness’ Pillow Biter was the show’s publicity image. 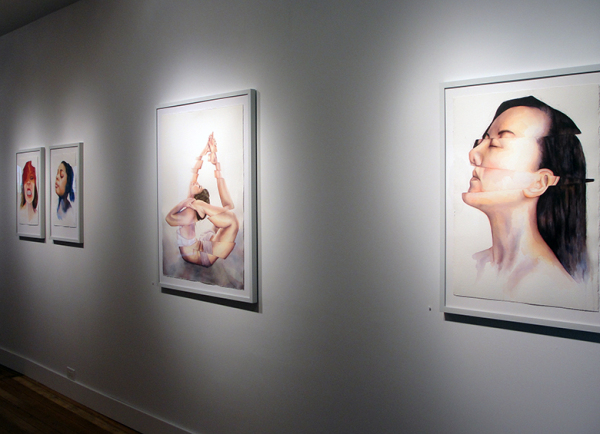 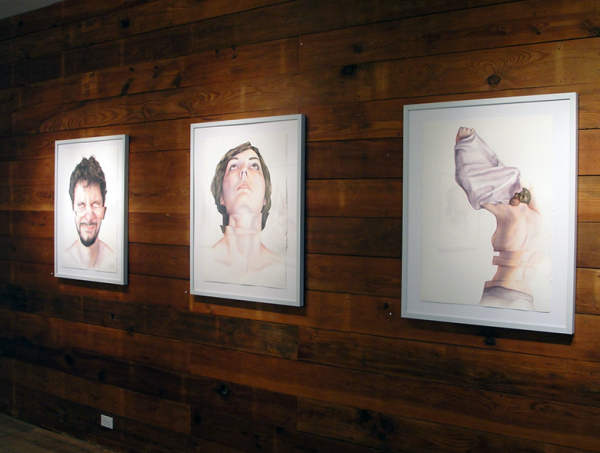 Jenny Granberry paints watercolor heads and bodies in space; they have titles that point out a certain sadness or searching. These are really self-portraits, and she’s exploring her own inner turmoil in that her choppy bodies show a literal disjointedness. But Doing What You Love shows a woman in an acrobatic pose floating in space; what this has to do with this kind of identity seeking is a mystery to me. It misses the mark with the distracting yoga reference. I think I prefer Granberry’s heads. This work feels navel-gazing to me; just too safe and pedantic for the deeper headspace she thinks she’s reaching. 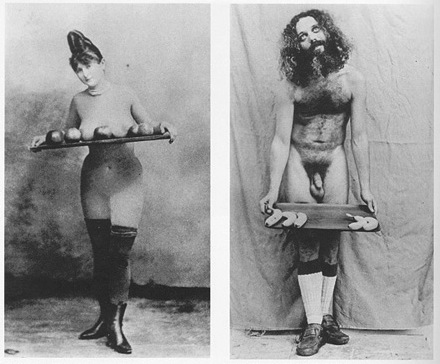 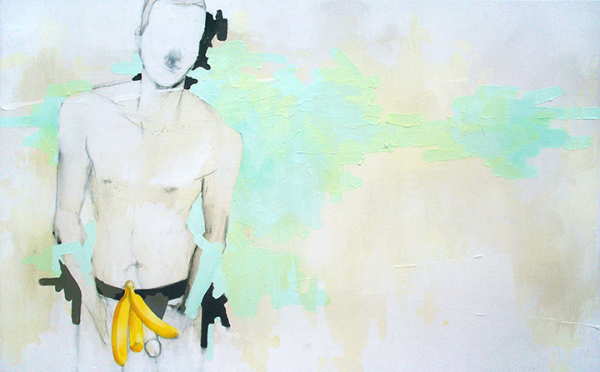 Nochlin’s 1972 photograph explores the ridiculous nature of how women’s body parts and fruit are conflated (usually by men) as literally consumable. It has a second-wave feminist tone, whereas here Kuehmichel is more in the queer-theory realm, though many will argue those realms are intrinsically inseparable, but I’m getting into some hot territory there.

But surely Nochlin’s work is something she’s referencing: here Kuehmichel includes a painting of a man holding a bunch of bananas in finished bright yellow paint with his rudimentarily drawn penis poking through the bunch. Is this work supposed to be silly? It is. It’s hard for me to take it seriously if it isn’t.

After Some Reflection is on view at Grayduck during gallery hours until February 8, 2015.