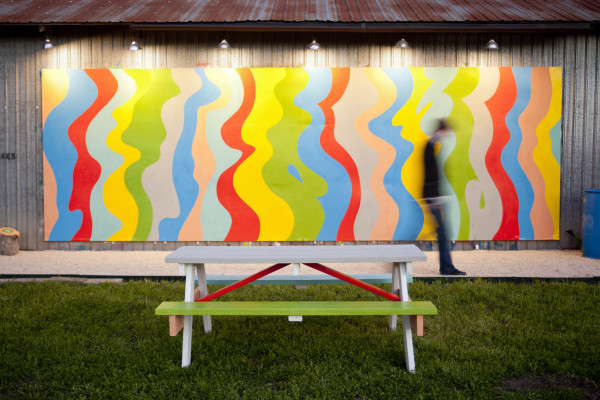 Austin’s Co-Lab Projects, the seven-year-old artist-run non-profit art space, is relocating to larger premises and updating their strategy. In the planned new venue (also in East Austin) the rapid-fire bi-weekly exhibitions the gallery is known for will slow down to more flexible month-long runs. Along with the more sustainable pace, and an extension of open hours, Co-Lab will manage a number of artist studios. The plan is to maintain the high-octane energy of their former space by alternating open studios events with gallery openings in addition to more public programming (screenings, performances, readings). It’s all Co-Lab’s move to become more sustainable, more accessible, and to provide additional resources to artists.

But there’s a wrinkle in that plan.

Co-Lab’s city funding came up much shorter than expected this year, and it’s a big blow given the untenableness of their original space and the costs of building out the new one. The mysteries of city funding in Austin remain just that, with rumors about tiered committees, each veiled from those above them, to strange matrices that determine funding through formulas that consider budgets from multiple years back rather than current cultural value. (Despite several attempts to reach out to the city’s Cultural Arts Division for insight into the process, I’ve received no response.) 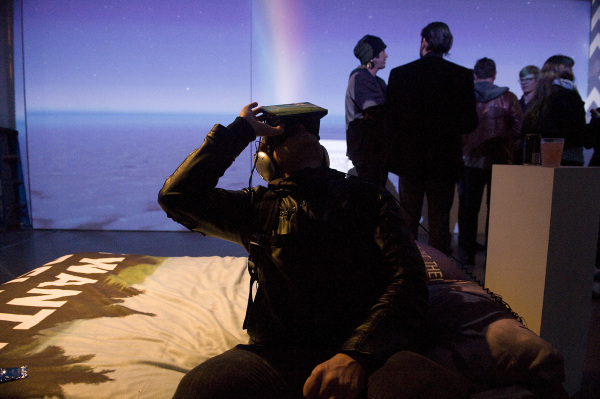 Merely as an example: For the 2014-2015 fiscal cycle Co-Lab will receive exactly $10,014, which is on par with organizations like the (presumably) lower-overhead Pastelegram. Which is not to say that Pastelegram doesn’t deserve every cent of that funding. It does. However, it’s a hard argument to make that a once-yearly print publication (with various internet-based projects) has as much direct social and cultural impact on the city as a physical gallery space that has produced around 200 notable exhibitions over the last six years and has grown into one of the few enduring symbols of Austin’s experimental art scene. (Not that anyone who follows the local art scene wants a zero-sum game anyway.)

“Yes, the city funding ended up being a lot less than we would have liked,” says Co-Lab’s cofounder and director Sean Gaulager (unwilling to state an exact figure for Co-Lab’s requested amount), “but we’re still grateful for what we were awarded. I try to see it as more of a budgetary anomaly; a byproduct of the mechanics the city chooses to use to divvy out funds. Fortunately, our support system doesn’t hinge entirely on that money. There are committed supporters of the arts in Austin who make programs such as ours possible.” 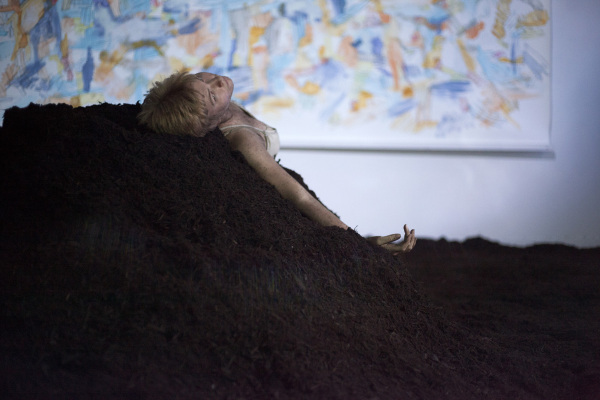 In fact, Co-Lab has survived a lot longer than many initially expected, and this disappointing city funding hasn’t hindered its expansion plans. To make up the difference, Co-Lab has of course launched a capital campaign/funding drive aimed at recruiting businesses and private supporters. Their Indiegogo campaign has reached 58% of their $20,000 goal with three days to go. In a sign of support from the community, some arts organizations and non-art organizations have donated significantly to the cause in cash and perks for Co-Lab’s Indiegogo donators; the art space Tiny Park has offered in the meantime to give over its entire 50% commission on select artworks to Co-Lab’s campaign. (Artists still get their half.) 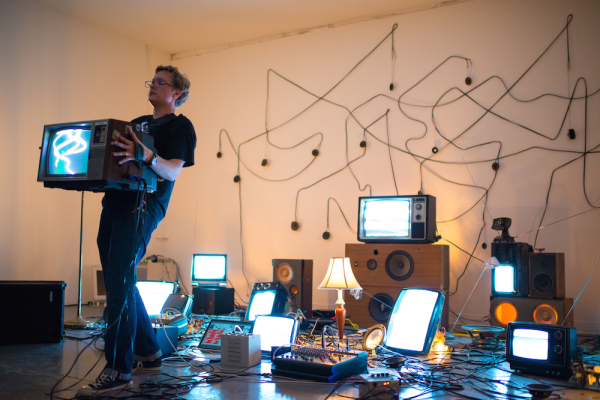 Historically, Austin has been a tough place to run and sustain an art space. While most volunteer-run galleries don’t have a good track record for staying power in Austin, Co-Lab has already lasted longer than most. This relocation and inadequate city funding is a long way off from an existential crisis; I predict Co-Lab will carry on one way or another, but the general feeling in Austin is that the sooner it gets back in the game with a new space and business plan, the better. Certainly a more self-sustaining Co-Lab—one that maintains via charging artist studio rents—would be a welcome development for everyone directly involved and the wider Austin art community.

UPDATE: In the final days of their funding drive Co-Lab exceeded their 20 grand goal. As of midnight last night they’ve raised $21,435 from supporting donations. Looks like it should be an easy move into new digs.