“I used to try to figure out precisely what I was seeing all the time, until I discovered I didn’t need to.  If the thing is there, why, there it is.” -Walker Evans

Attention to detail is something every artist wanders into as they gaze into the picture plane. Brush strokes can open the intent of a painting, just as the patina can make the final statement on a sculpture. In the lens-based arts, the film grain can dance in and enhance the vapor clouds of an atomic explosion (Bruce Conner), or work its way to supplement the effect of fog and a young girl holding a basket of flowers (Diane Arbus).

But in the not-so-distant past when it came to detail, Panatomic-X film was the razor in a black-and-white photographer’s arsenal. Not happy being “pushed”, (extending the exposure rating), and clocking in at 32 ASA/ISO, with Panatomic-X, you could make the world painfully crisp and beyond focus, as long as you had enough light or a long enough exposure. It was the benchmark of sharp film grain and no amount of clicking “sharpen more” in this digital day and age can compare.

Looking beyond the photo surface, we spot muzzle flashes on the grassy knoll (JFK), a body in a park (Blow-Up), or the strange comings and goings in the apartment across the courtyard (Rear Window) as clues that reveal something beyond the sinister surface.  The large format camera favored by Ansel Adams and the f/64 group, along with the zone system technique of exposing for the highlights and developing for the shadows, made Yosemite crisp and clear and nature unnatural. And the effort to just do away with extraneous details is what became the focus of Walker Evans with his detailed photographs of singular tools.

All this exploration to continue to narrow the focus and get beyond what was just the picture.

And then you have the street landscapes of Palermo by John Riddy at Lawrence Markey Gallery in San Antonio. 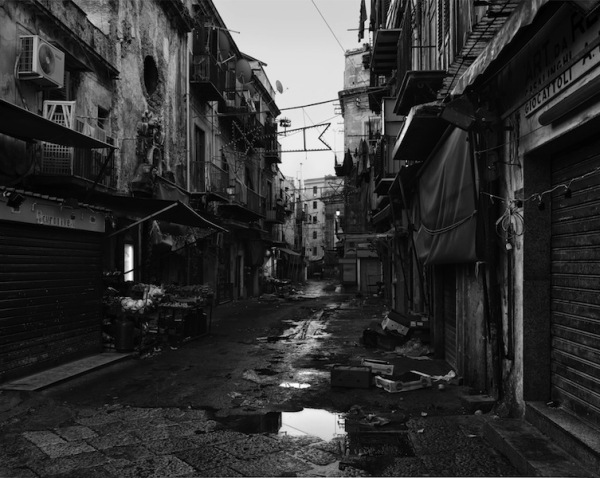 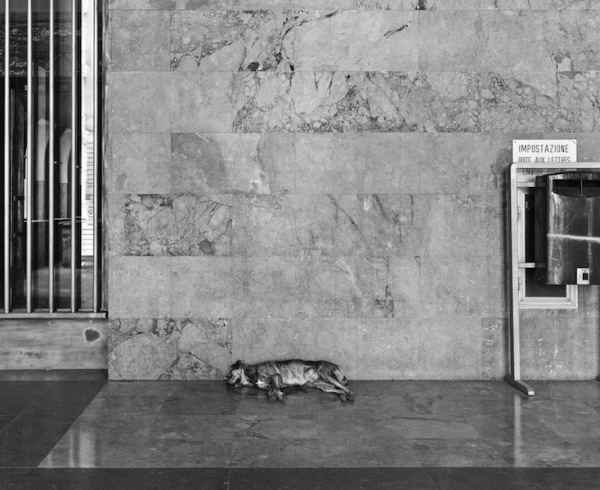 Yes, we have seen that before. 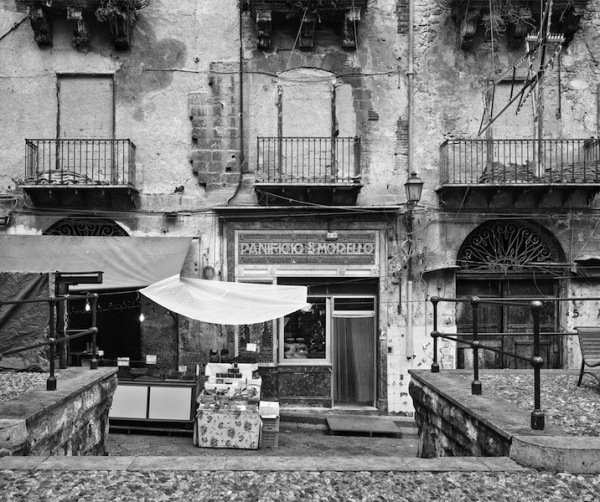 And then you dive in for a deeper look, and you’re hooked into a world where the only thing that is beyond the precise order of everything in the picture is the extreme focus that comes in to play making it all happen. As if in every photograph there are countless other photographs waiting for you to discover.

And the sense or order that Mr. Riddy places in making these images begins to dawn on you, and you realize that you are way beyond Instagram, way beyond a filter, or a device, or even a grain of silver floating on an emulsion.

You are finally in a photo where it is very important that you are in front of the actual work and not passing it by on a page, or swiping through an iPhoto library on your friend’s iPad.

For once, you have to be there. 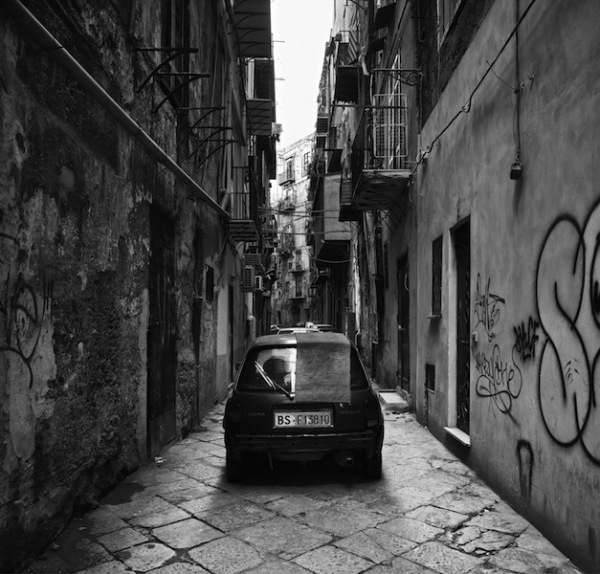 John Riddy: Palermo was on view at Lawrence Markey Gallery in San Antonio from November 14—December 19, 2014.