by Lucia Simek May 8, 2014
FacebookTwitterEmail 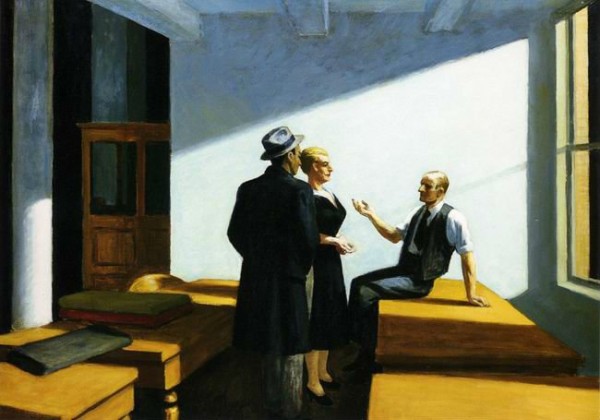 A couple years ago, there was a push in the Dallas City Council to create a public improvement district—a PID—that would go toward funding arts organizations, with funds coming from a hotel/motel tax. That would have been great, but the Dallas Convention Center and Visitors Bureau won the PID instead, because medical supply and snack food conventions are better business than the arts, it would seem.

But two years later, City Council has reached a compromise and announced that part of the $3 million Dallas Tourism Public Improvement District funds will, in fact, go to funding Dallas arts organizations. Fantastic–Dallas putting money into the hands of actual culture! How un-Dallas, right? Think again: “Established to help boost conventions, meetings and visitors coming to Dallas, a portion of the revenues generated by the Dallas Tourism Public Improvement District (DTPID) is available for local groups and organizations to attract additional meetings and groups.” That’s a round-about way of saying that the distribution of funds to arts organizations is contingent on their filling up hotel and motel rooms with visitors to “meetings and groups”– a tourism/convention center mentality that might drive the economy when talking about medical supply equipment reps, but not so much when talking about arts organizations, especially at the grassroots level. “And even if such correlations could be made with any reliability, arts groups that most need funds don’t have the staff or time to start jumping through the DCVB’s  hoops,” says one critic of the plan. “They have good art to make, and that takes staff and time enough.”

A town hall meeting will take place next week for those interested in applying for those dollars, as well as for those with any questions. Here is the full info:

Established to help boost conventions, meetings and visitors coming to Dallas, a portion of the revenues generated by the Dallas Tourism Public Improvement District (DTPID) is available for local groups and organizations to attract additional meetings and groups. The basis of funding will be on the number of hotel room nights generated.

To learn more about how your group or organization can access Dallas TPID funding, officials from the DTPID will host a special seminar providing background on the DTPID, how to apply for funding and key tips to consider when applying for funding. They will also be available to respond to questions you may have.

NOTE: This is a repeat event for those who have not attended previous meetings. No new information will be provided.