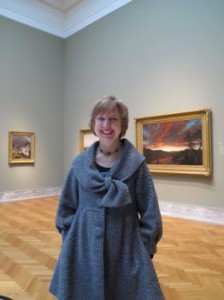 The Museum of Fine Arts, Houston has announced that Caroline Goeser has been hired to lead learning, outreach and visitor-engagement efforts at the MFAH. Goeser comes to the Museum from the Cleveland Museum of Art, where she earned a national reputation for increasing outreach to underserved communities and for engaging new technologies.

Goeser earned a B.A. in art history at Carleton College and a M.A. and Ph.D. in art history from Rutgers University. She has published and lectured widely in the fields of museum education and interpretation, as well as 20th-century American art history, in particular the work of African American artists. Her 2007 book, Picturing the New Negro: Harlem Renaissance Print Culture and Modern Black Identity, won the Vasari Award for best book in art history from the Dallas Museum of Art in 2008.

Houstonians will remember Goeser for her decade as associate professor of art history at the University of Houston’s School of Art, where she assumed various leadership roles and was involved with numerous local arts organizations. Goeser will begin her new role in April 2014.

Here are the plans for the MFAH’s new...