Oliver Francis Gallery in Dallas hosted one installment of the ongoing, multi-faceted, multi-venue arts attack known as DB14 (Dallas Biennial 2014). The exhibit itself is untitled, and is a balance between curated exhibit of photographic practices and intentionally separate showcasing of three distinct artists. 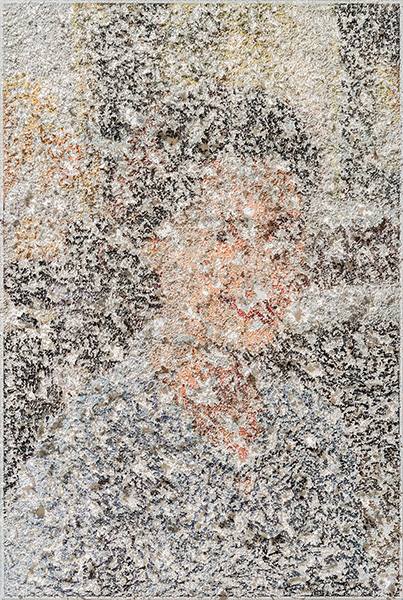 The first room features Paul Anthony Smith’s beautifully destroyed photographs. Picked-apart by some pin-like tool, the images’ details and identities are delicately dismantled into basic, amorphous forms by thousands of intricate holes. The result is a flecked, fuzzed-out version of the original.

Smith makes trips home to Jamaica to take pictures and, upon return, prints them out and alters them, which might lead a viewer to consider the works through issues of displacement, rendering the obsessive destruction a cathartic act to assimilate absence, but I am infinitely more fascinated with the remnants’ tactile physicality than the narrative burden of Smith’s biography. 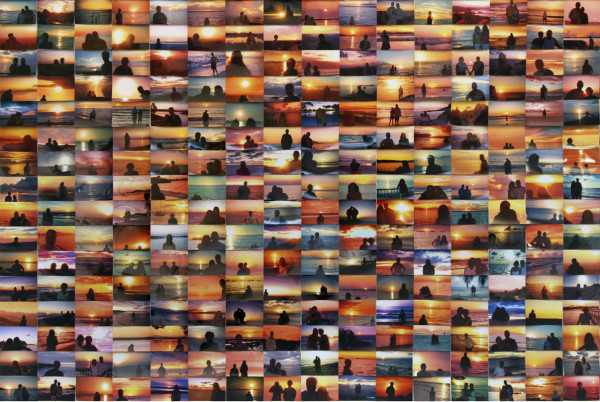 Moving from Smith’s muted, delicate works into the next space, one encounters a brilliant wall of hundreds of digital photos. Penelope Umbrico’s Sunset Portraits are sourced from Flickr, printed out as 5x7s and hung in mural-sized grid. The ever-expanding piece physically visualizes a meme, commenting on the apparently universal need to photographically demarcate oneself against a radiant, romantic beach sunset. They’re sunset selfies, but ironically, while attempting to align themselves with the archetypical moment, the subjects are unwittingly backlit, causing the inverse of individual validation: personal details are darkened into a generic silhouette. Overall, the multitude of images and artist’s accompanying video of a pulsating ocean sunset make an intense impact that quickly flattens into the consideration of a powerful phenomenon made visibly cliché by Internet ubiquity. 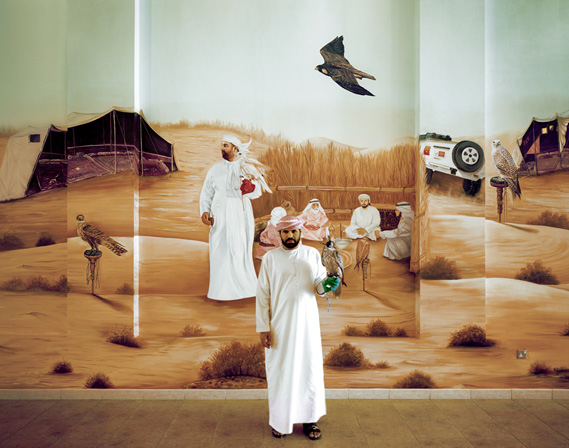 In the final room are two DubaiLand photographs from Aleix Plademunt. One features a classic car, maybe a Lincoln or Crown Vic, jacked up on tractor-truck tires needed to clear the balustrade-protected port of what appears to be a military hangar. The other presents a robed, turbaned man with a hooded hunting falcon posing in front of a large-scale mural featuring him identically dressed with soaring falcons, tents in the desert, and a convertible jeep. They are awesomely odd photos, taken with a formality that further heightens the showcasing of opulent wealth combined with a spoiled teenager’s level of taste and need for aggrandizement. 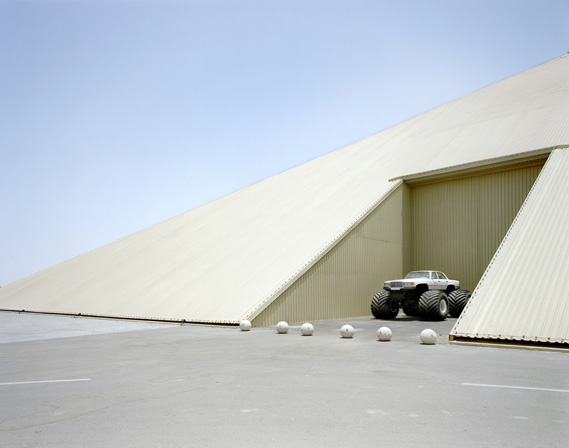 DB14 at Oliver Francis Gallery is on view through March 1.