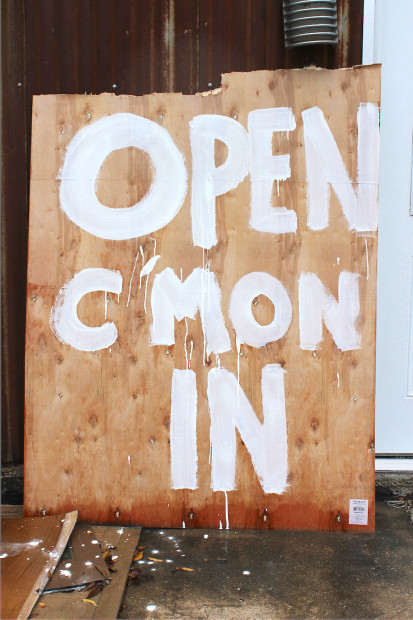 Over 160 studios opened their doors this past weekend for the 12th annual East Austin Studio Tour (EAST). I dedicated my weekend to attempting to navigate the enormous tour and, although my poor sense of direction led me to be lost more often than found, I was rarely disappointed at what I found at the end of the inevitable wrong turns.

The tour lasted for four days over two weekends and even that wasn’t enough time to fully absorb everything. Although concentrated downtown, the studios were sprinkled all throughout the east side of Austin. As a recent transplant to the city and a first-timer on the tour, I was overwhelmed but excited to explore what east Austin’s art scene had to offer.

I arrived the first day of the second weekend with my bicycle under me, fueled by the uncertainty of what I was about to dive into. The fuel was slightly dampened by the awful weather that had recently crept into the city, but I maintained my enthusiasm.

My first stop on Saturday was Canopy, a complex with over 45 studio spaces and three galleries. I ended up spending most of my first day there. 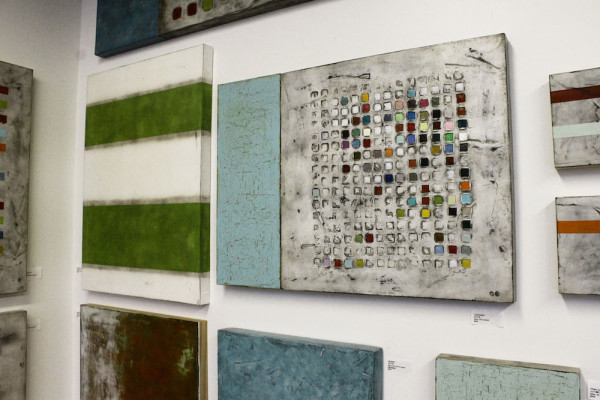 Chris White‘s studio displayed a lot of her encaustic work. The  colors, in contrast to the temperature outside, were pleasantly warm. 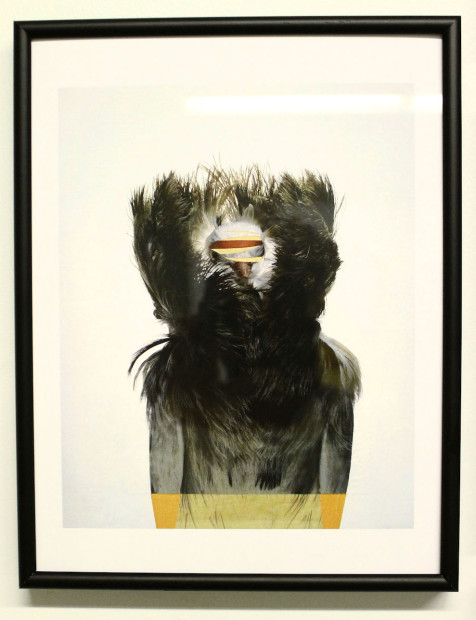 I know it’s early but I think I am prepared to announce my absolute favorite artist at EAST. Walking into Jaelah Kuehmichel’s studio was like walking into a candy store. All of the works on her walls were screaming with individual dynamism while maintaining an inarguable sense of artistic dignity. My personal favorite was this mixed media wood panel. 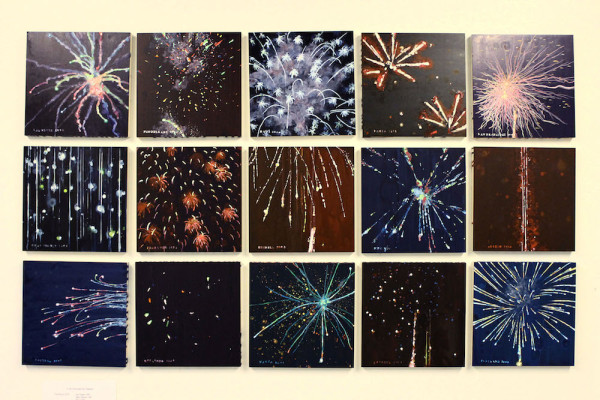 The best part of EAST is the opportunity to simultaneously interact with the art and the artist. Hearing the sincerity when an artist is explaining her work while you’re both looking at it is an amazing experience. Each panel in Keva Richardson’s piece has a date and place in her past and the fireworks’ intensity represents a memory she wanted to remember. 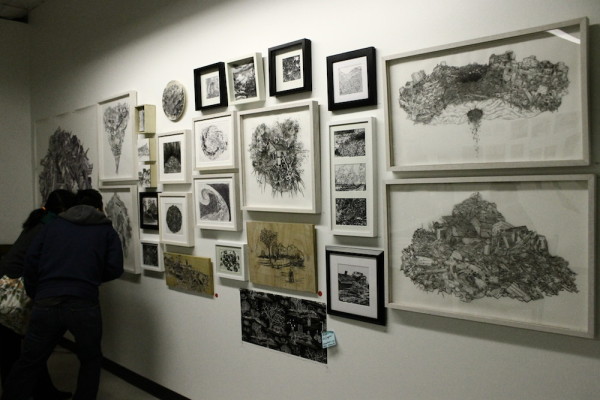 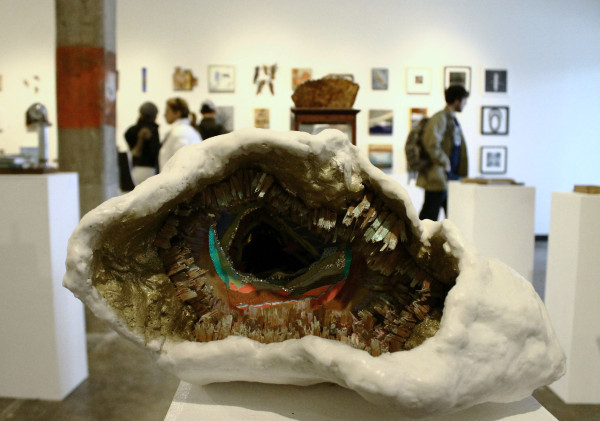 Son of a Sailor’s adorable handmade wooden products were perfect for completing my holiday gift list. 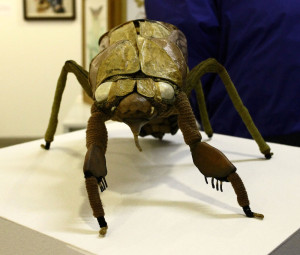 The Art Science Gallery definitely housed the most interesting collection of work. Hayley Gillespie is an ecologist who views the arts and sciences as interacting disciplines. 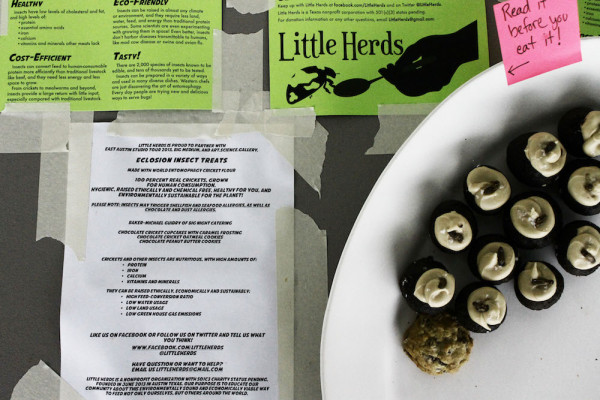 . . and The Art Science Gallery had treats made with cricket flour for the adventurous! 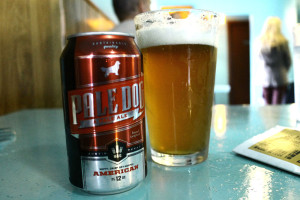 After spending almost four hours at Canopy, I needed a break from talking to awesome artists and eating crickets. I took a detour into Counter Culture for some warmth and a local treat—a Pale Dog from Austin brewery Hops & Grains. 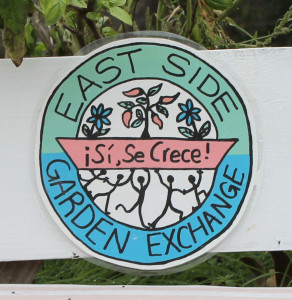 The studios are, of course, central to the tour. But just walking through East Austin is a treat. On my way to the next stop, I found this little guy from the East Austin Garden Exchange.

I spent the remainder of my Saturday at Pump Project Art Complex, a complex of 22 studios with more exceptional art. Unfortunately, my dead camera battery and my exhausted feet were no match for the space and I decided to call it a night after a couple of hours.

I woke up Sunday morning with twice as much enthusiasm as I did on Saturday. Unfortunately, the weather did not agree. It was much colder and the downpour did not make for good cycling. Since I knew I would be walking most of the day, I tackled the EAST map and chose studios in the most dense areas. I grabbed my (fully charged) camera and raincoat and headed out again.

The Up Collective is another art community housing 21 studio spaces. I was one of the firsts to arrive, so I had a lot of time with many of the wonderful artists. 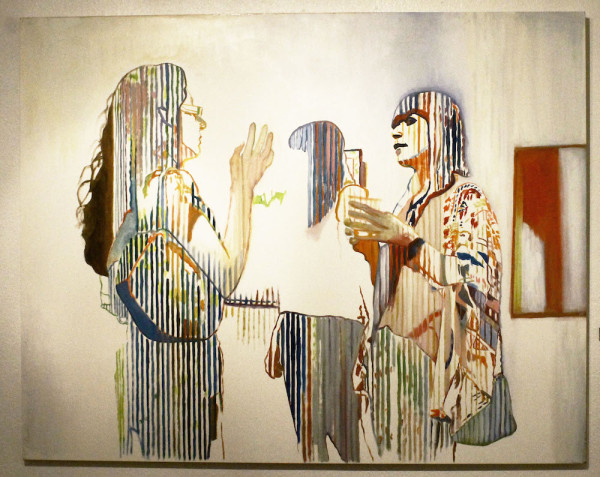 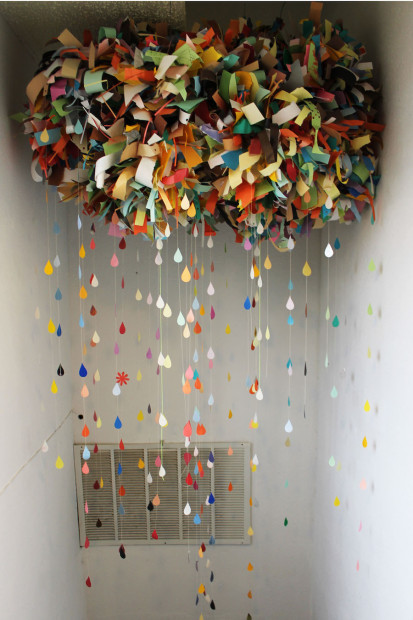 This work at Up Collective reminded us that the rain isn’t ALL that bad.

After leaving Up Collective, I began following the trail I drew on my map earlier in the day. As I wandered into random studios along the way, I found some true gems. 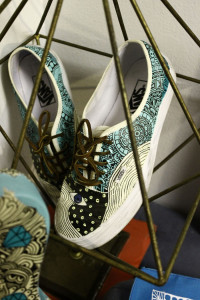 One of my favorite stops was Sophie Roach’s studio. The young artist creates engaging visual patterns and places them just about anywhere. 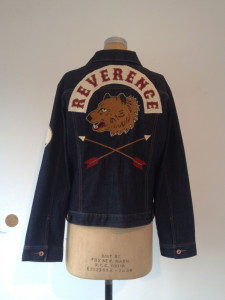 Fort Lonesome was another one of my favorites. This custom stitched denim jacket immediately made it on to my (upcoming!) birthday wish list.

I couldn’t get too far on the tour without getting lost, and it started pouring. The closest place to take shelter was at a taqueria. Lunchtime! 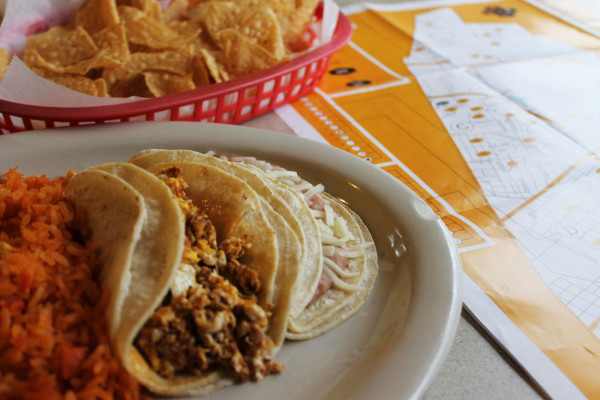 The rest of the day, I was either lost, cold or being rained on. At around 5:30 I cut my losses and went home.

Tips for next EAST 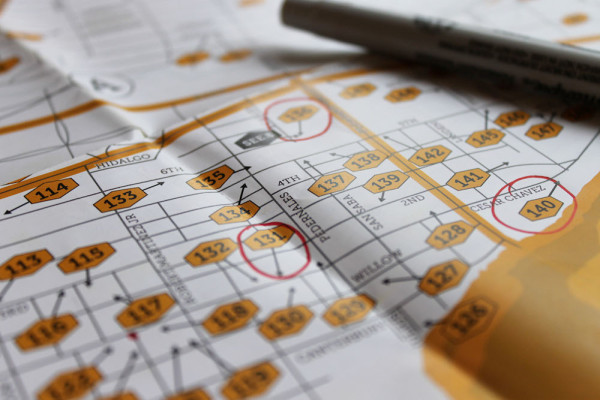 EAST is only growing and, even if you go both weekends and go crazy fast, you probably won’t be able to make it to all of it. Even a little bit of planning is going to go a long way in making sure you get the most out of the tour. 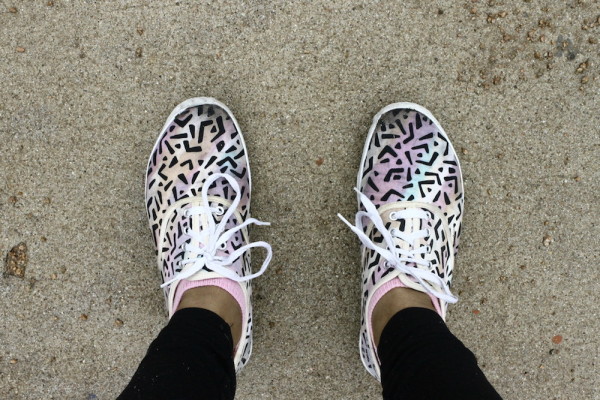 Chances of unpredictable weather are certainly a factor in Central Texas—the high temperature during the first weekend of EAST was about 85 degrees while this past weekend’s high was about 40 degrees lower—so always be prepared to be at least slightly uncomfortable. 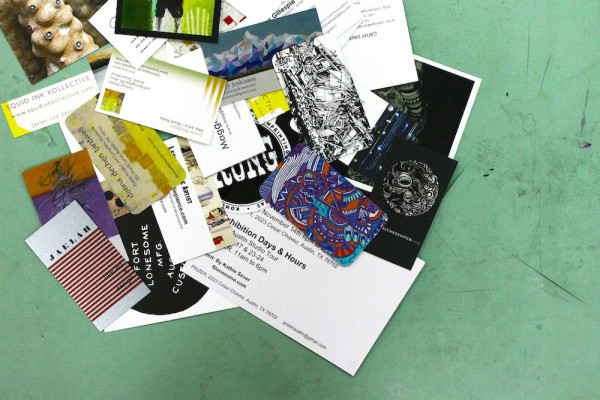 EAST is a great way to truly get a taste of all of the art half of Austin has to offer. As a recent transplant to the city, the tour was a great introduction to the art scene here and I now have local favorites to follow and support.

Hi Marlene and Glasstire.
Thanks so much for covering me during EAST.
Believe it or not, I just was given a link to your article fron a friend.
Sorry for the very late Thank You!