On April 25th, Dallas’ CentralTrak hosted Not Waiting for Permission, the second annual panel discussion on the state of the emerging arts in Dallas, organized by The Green Bandana Group. Christina Rees was there for Glasstire. 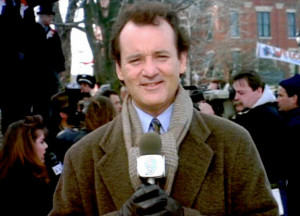 I’ll do a bit of back and forth here before getting to my assessment of the panel discussion.

Not only do I feel we’re all having the same discussions again and again about the health of the Dallas art scene and everything it needs in order to be heartier and more supportive of artists. I feel this discussion has been going on since the ‘70s, when 500X was merely a gleam in the eye of Hipps and Childers. I also feel like there’s often far more talk of problems rather than solutions, and people love to bitch. Emerging artists (some of them) in the case of this latest panel were referring to themselves, instead, as “artists at risk.” Show me one single artist besides Damien Hirst, one gallerist, one museum, one art program not “at risk” in one serious way or another, and I’ll show you paradise. We’re all at risk, all the time. This entitlement issue is maybe a new problem to add to the long list of classics.

I certainly know I’ve been on panels going over this same terrain since the mid-‘90s. I also remember the long series of roundtable discussions set up by me and Thomas Feulmer a few years ago (on the back of  a series of pieces I wrote here) which invited curators, the media, artists, academics, collectors, et al. to come together to discuss problems and solutions (which preceded by a year the commissioned Creative Time assessment of What Dallas Needs To Be Cool). Same issues, same questions, same concerns and ideas about solutions, again and again. Some very good things came out of those roundtable meetings.

But again, my friends like Vance Wingate or John Pomara or Greg Metz or Tom Orr and Frances Bagley have been going over these same issues for years and years. We all know the script, and the advances that seem to be made, and the sometimes crushing disappointments that follow. Dallas is not that good at art. And yet we must persist.

The caveat here is that now Dallas is indeed bigger, and with this booming population comes more expectation, and more of everything, both misguided and decent: more galleries, growing university programs, more museums and public-private collections and of course, more artists. Many of these artists (or collectors, or curators, or gallerists) are young and haven’t had these discussions yet, or they’re just beginning to.

So, what is not new: There aren’t more safety nets in place for artists in Dallas. There isn’t easy studio space. Dallas is still very conservative. Established galleries that actually sell work are still very conservative and risk averse. Big collectors won’t buy local, and the recession wiped out much of the low and middle-tier collector base. There isn’t enough media coverage of art, despite the best efforts of the few outlets that exist, not the least because print journalism is dying. Criticism—actual critical assessment—is nearly non-existent here, making conversation about local art far too polite and banal and general.

People are being applauded for simply showing up. This is very Dallas. Local artists are being celebrated (sometimes even in non-art platforms) for looking young and groovy, not because their artwork is any good. And never mind actual rigor. On the sophistication scale, compared to other cities, Dallas can still look and sound like a backwater. Dallas still prefers to import its culture, rather than embracing what’s already here. A city with active MFA candidates who have never heard of Peter Schjeldahl is not an art mecca.

Dallas has, so far, been a city that gets the culture it deserves. Of course as soon as it builds its massive shiny Arts District, it wants to fill it in with actual culture. If Dallas had ever been, before this, interested in fostering a great art scene, it would have made sure its art schools (and I mean universities) were top notch, starting decades ago. Now the grads of these programs have to figure all this out themselves, and this time competing alongside and collaborating with young artists returning to Dallas from high-grade MFA schools in Chicago and Los Angeles and Baltimore and New York. As the entire paradigm of what makes a great art city shifts with every new day, they all have to let go of old ideas of things like NY/LA being the only places a young artist could or should end up. This is making for an interesting mash-up, as collaborations and collectives proliferate. It’s the single most promising signal that things might change this time, for good, for the better.

But I feel for them, the younger artists. And so once again artists are making their way without the help of higher-ups, and the good news is they have more tools for it and more inspiration coming from elsewhere. Social networking and the Internet have provided a much clearer window into how more functional art cities actually get things done. These young artists understandably want the same for their scene here. So the discussions actually have to be had, again. And again. It’s touching. It’s annoying. To them, even Deep Ellum is just a clean slate waiting to happen. This is exciting even to old codgers like me, who used to play in bands in clubs down there in 1989, before the place turned into a bridge-and-tunnel nightmare and then died a very ugly death. 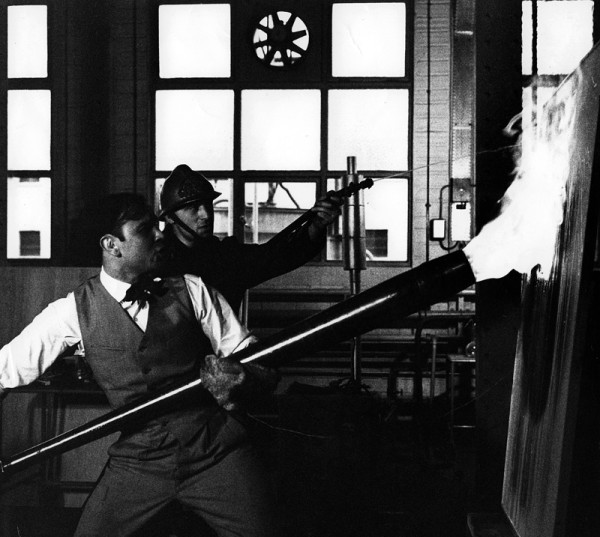 So I went to a well attended panel discussion at CentralTrak moderated by Darryl Ratcliff of the Green Bandana Group (an art-branding outfit). It was called Not Waiting For Permission, and the program description explained: “We want to talk about what we can continue to do to grow our community, and what needs to be done to make this ‘boom’ sustainable.” And the panelists were, in fact, emerging artists or art-scene types: Brandy Adams of W.A.A.S. Gallery, Sally Glass, Lucy Kirkman, Francisco Moreno (who performed in place of talking) and Michael Morris.

Like skipping a rock across the surface of a vast lake: so many problems. Ratcliff was well prepared and his questions were solid, and he was pretty dogged at asking for actual solutions, but he had a million topics on his sheet. The panel never got a chance to spend more than a couple of minutes on any subject, ever, no matter how vexing. Studio space shortage, funding, community diversity, media attention; each panelist, no matter how thoughtful their response, was quickly herded on to the next topic. I think this is as much an indication of just how overwhelming the problems feel for this new generation. And this was a two-hour panel.

But this has always been the case. The civilized thing to do at this point would be to break it all down, subject by subject, issue by issue, in very concentrated, smaller (nearly private) discussions by people who can actually move on solutions. (The most productive conversations I have with anyone about any of this are the spontaneous ones that break out amongst artists at openings, or with academics over dinner, or with writers after the panel is over. These discussions are not “led” or “designed.”) When a panel like the one at CentralTrak opens the room up for Q&A, you’re bound to get the clueless, angry, would-be artist (the “artist at risk”) in the audience who takes up a lot of time complaining about money, or the person who’s thinking of opening a gallery but knows nothing about it, or the grandma-type who just wants to say how exciting it all is. It grinds the real discussion to a halt. How is Sally Glass meant to answer that? She has plenty to say and this is not creating any opportunity for her to do it. (Ratcliff was, to his credit, good at cutting off ranters before they took up too much time. Most moderators won’t.)

I can’t criticize the notion of the panel or Ratcliff’s initiative. It must feel urgent to many. Just as I won’t prejudge the very next panel discussion at Centraltrak on May 2, which is called… yes I have to type this: Creating an Art Community/Scene. It’s moderated by the very capable Leigh Arnold who’s spent the last three years of her life learning the entire history of the Dallas art scene for the DMA, so that’s promising. But Lucy Kirkman (however intelligent, valid and welcome she is) is on THIS panel too. Groundhog day, or sea change? 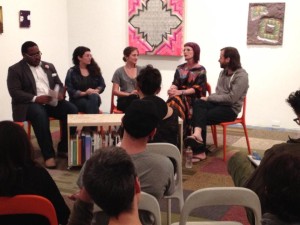 Just wanted to comment on this post before it leaves the main page. You have done a good job of pointing out several areas of interest and concern. I do agree that it gets frustrating when art coverage and support is lacking, although I have notice the complaints seem to arise when an artist or organization is trying to promote their exhibit or event.

I thought Leigh Arnold’s last question as moderator of Creating An Art Community/Scene hit the nail on the head ” What are you going to do tomorrow to promote the arts in Dallas?”

Not mentioned above, but I am very excited about the TWO, yes two proposals to build low income arts housing.