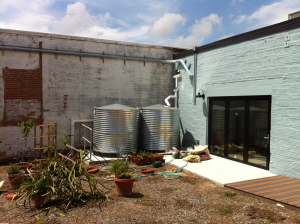 Courtyard at the Galveston residency

Let’s take a moment to check in with Galveston. Poor old Galveston, right? The city has its great old Victorian mansions and brick streets and palm-lined avenues; it also has that decaying grandeur of Gulf Coast towns that get their teeth kicked in every 20 years by a hurricane. It’s run-down and funky. The hustling oil bidness vibe of Houston is absent here, and that happens to be an irresistible lure for some artists. Come here, artists (or don’t), Galveston lazily beckons: you’ll find cheap old brick warehouse buildings with soaring, light-filled windows just waiting for you to roll up your sleeves. And you definitely won’t be wading through yuppies at gourmet cocktail joints with drinks menus that feature exotic (yet local!) ingredients.

The Galveston art scene has been a little slow struggling to its feet after the last devastating storm (Hurricane Ike, in 2008). But a recent visit showed the city doing OK, having lost about a fifth of its population but enjoying–well, if not a renaissance, then certainly some interesting action. That action is on view this weekend as the Galveston Art Center and the new Galveston Artist Residency jointly exhibit the work of this year’s residents. More on that shortly. 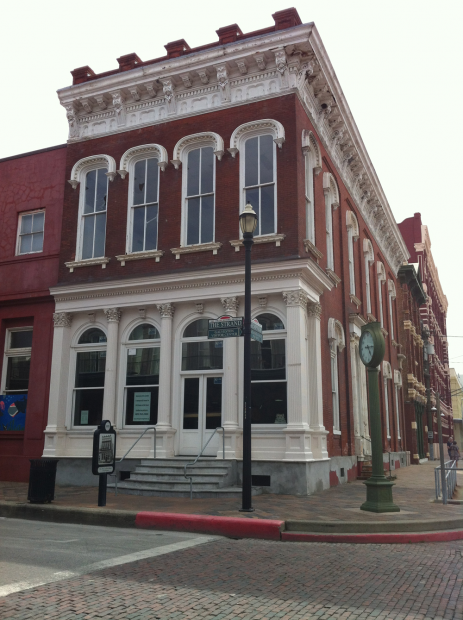 The Galveston Arts Center on the Strand

The Galveston Arts Center, the city’s largest and most prestigious visual art organization, was devastated by Ike. Water rose inside the main gallery 8 feet up the walls, destroying basic infrastructure and making the building uninhabitable for person or artwork. But this catastrophic dousing did result in the 1878 landmark building that houses the GAC finally getting some much-needed upgrades. 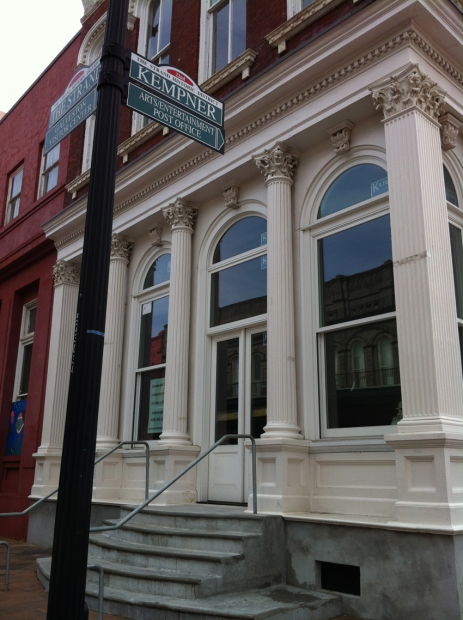 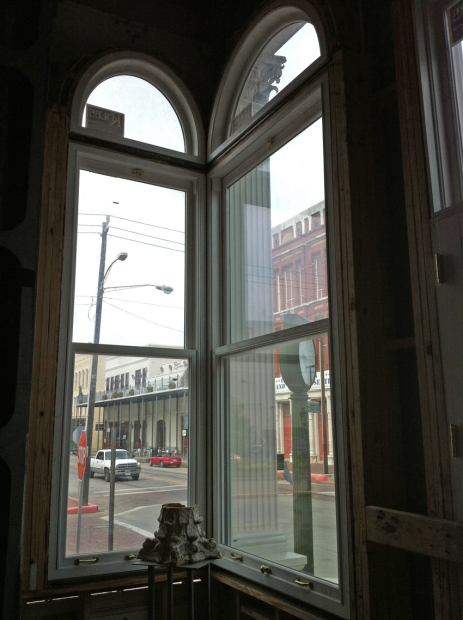 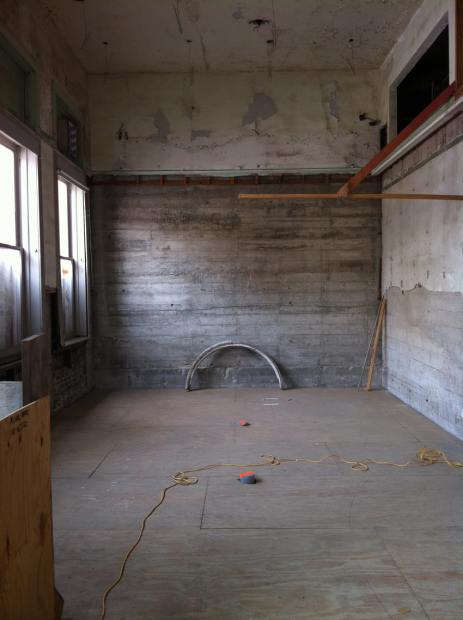 The store area will remain when the GAC is opened in Phase 1 of their rebuild.

The GAC is reopening in 5 phases at a total cost of $3 million, half of which has been raised so far. They only need about $150,000 before they can complete Phase 1 and move back into the building, and frankly, someone needs to just step up and write them this check. For as long as most people can remember, the Galveston Art Center was the only game in town showing good visual art, and they have somehow continued their programming during the almost 4 years that they’ve been in a temporary building.  Indeed, the residency show opening this weekend is their 28th exhibit since being forcibly decamped from their building in 2008. 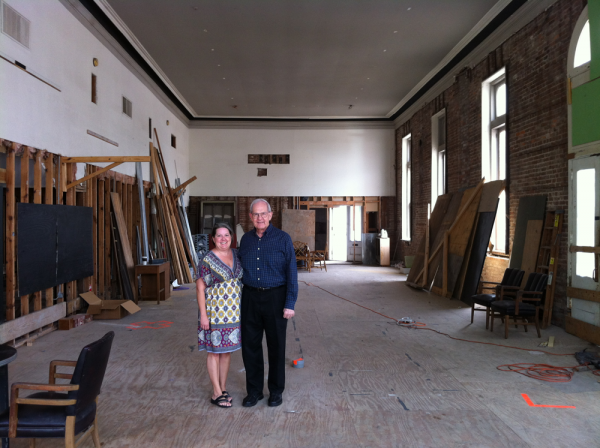 Alexandra Irvine and Clint Willour, the director and curator of the GAC keeping the ship afloat during a 4-stage renovation process.

Once they move back into the building on the Strand, they’ll complete Phases 2-5, expanding gallery, education and office space in the upper floors. Here’s hoping for a speedy completion of the buildout. The fine old GAC building on the strand, and the GAC’s strong history of programming, deserve to reunite as soon as possible. 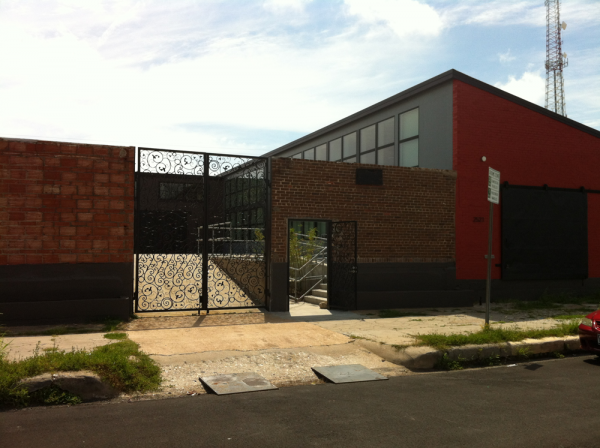 Exterior of the Galveston Artist Residency

Fortunately for the GAC, they’re no longer the only visual art non-profit in town. The new Galveston Artist Residency, located a block away from the GAC’s temporary digs, is a year-old entity offering free studio space, living quarters, and a monthly stipend to three artists a year. Founders Bert Geary & Eric Schnell are feeling their way with the newbie 501(c)3, having completed their first year and announced the residents for the second (Josh Bernstein, Davide Savorani, and Zachary Podgorny). 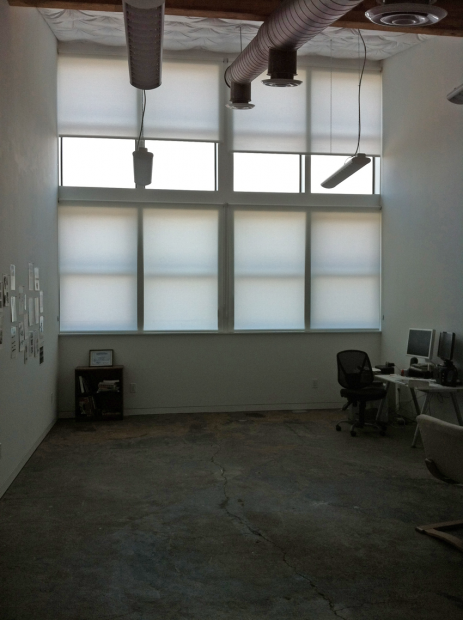 View of an artist studio at the Galveston Artist Residency

Congratulations to first year residents Nick Barbee, Nsenga Knight and Kelly Sears, whose work is on view both at the residency’s gallery and at the Galveston Art Center’s building up the street, in a jointly-hosted show opening this Saturday, July 14. Word has it Nick Barbee and his wife Sallie, who works for the residency, will be staying in town, so the first seeds of a sustainable local art scene may very well have been sown. 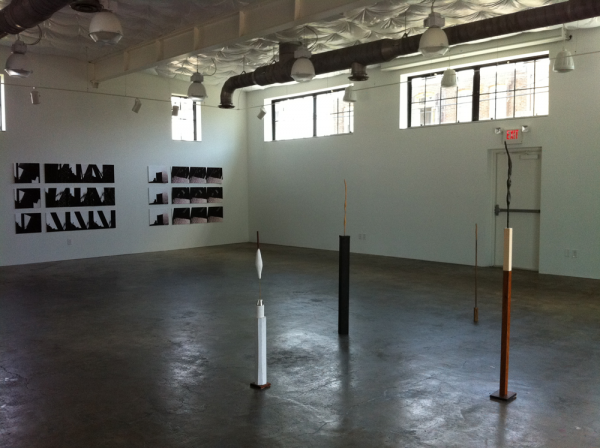 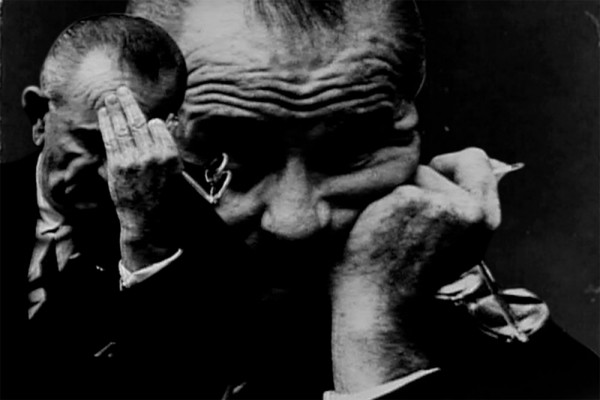 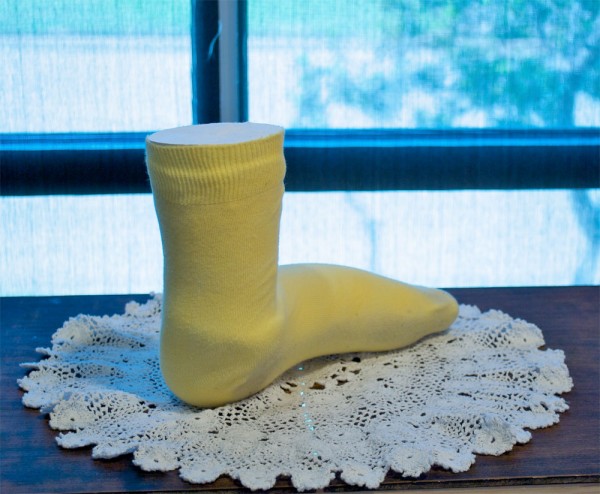 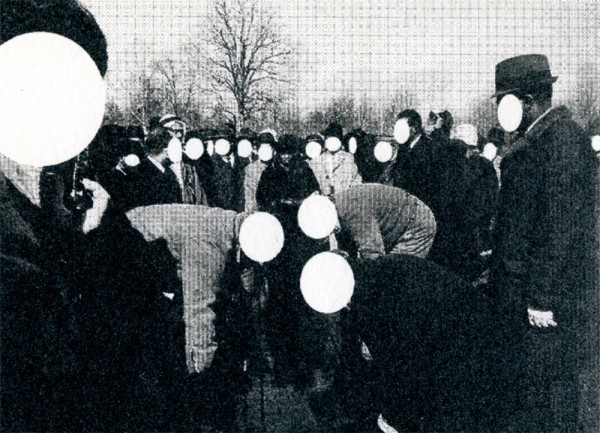 If it’s still pouring rain this weekend, never fear: the resident show will be up through August 19. Make the drive down to Galveston while it’s still hot and the redfish are biting. It’s the most exotic art pilgrimage in Texas, and well worth the trip.

Great recognition of the GAC and all of the efforts being put forth by their fearless leaders, Alexandra Irvine and Clint Willour to raise the much needed money for the restoration of their building.

GAC and the Artist’s Residencies are definitely the anchors of the Galveston “art scene”. Since I came here twelve years ago (chasing an escape from Houston’s frenetic everything, and finding less expensive housing and studio space in the process), commercial galleries have come and gone. A couple are still going strong with interesting and innovative artists: Design/Works on Postoffice Street and Buchanan on 25th Street.
All are worth the trip.

Cheers for Alexandra, Clint and many volunteers for their continued programming. Thanks, Rainey, for this encouraging feature. There are galleries that measure up to the mark and should receive continual coverage on Glasstire. The traffic to the Island is beastly but the trip can always be made worth the effort.