Vladimir Kupriyanov Cast Me Not (Away) from Your Presence, 1990

Let’s talk Deadwood. David Milch’s superlative television show was quite good at putting his audience just outside of a given situation.  The characters often spoke and behaved in ways that were perfectly crystal within their world, but may have seemed murky to the audience. That is, until the code was broken. It’s an effective way to draw us in: nothing is as tempting as the inner circle, more flattering than solving the riddle.  It’s a technique that often devolves into gimmick but, when it is deployed with real intelligence, each reveal is like an explosion.

Fotofest’s Perestroika is full of fireworks.  I’ve gone through this show twice now, and I am ready to go again.  Both times, I’ve felt like a party crasher.  Not a particularly sly one, the revelers simply don’t mind my presence. No one’s really inviting me in, but no one’s showing me the door. The alienation here is reminiscent of Deadwood’s spell, it is a major factor in the exhibition’s pull. 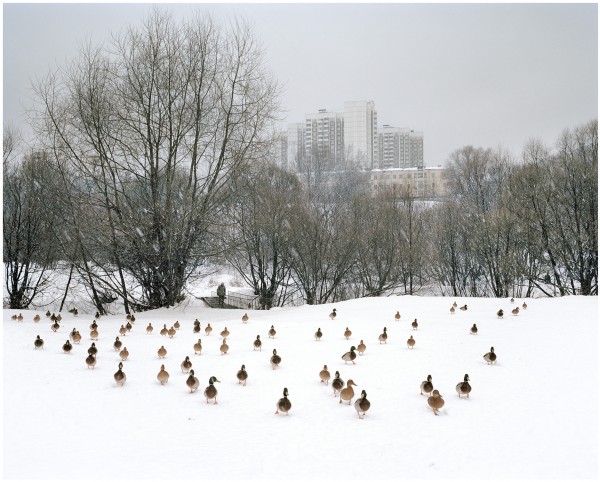 Alexander Gronsky Mitino, Moscow, 2009 From the series The Edge

Perestroika is refreshing because the works included are not pitched at the world even though the exhibition is very purposefully trying to engage with the practices and institutions around the globe.  To be clear, this is not a collection of parochial photographers. With works from over seventy artists from Russia, Ukraine, and Belarus, spread between the Spring and Winter street studios, this is a massive show, and the work takes us through an impressive number of references from the world history of photography, film, painting, narrative and beyond. Andrey Chezhin, for example, creates a witty homage to the giants of modern art through his arrangements of drawing pins.  And yet, every move feels tailored for a specific community.  One I do not know, but wish to know. One I do not understand, but seem to recognize. 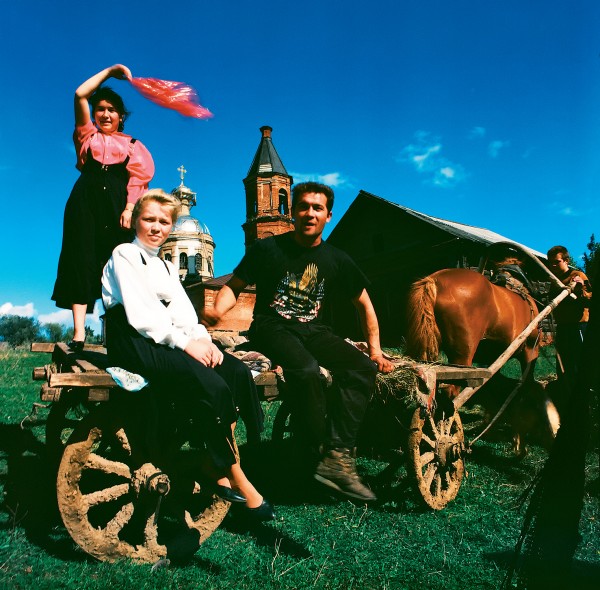 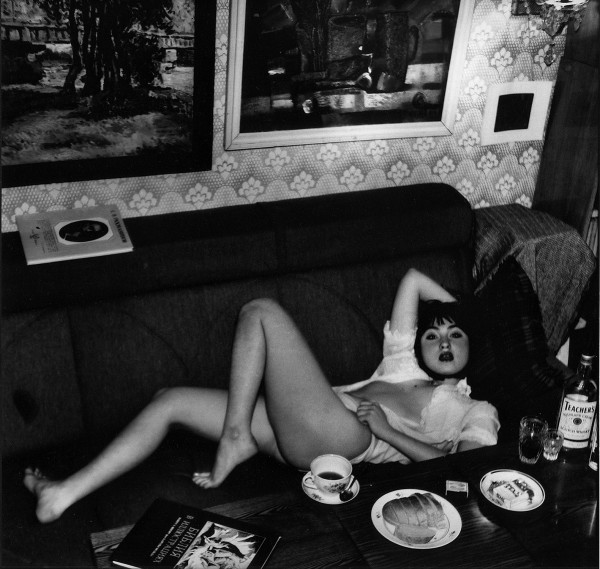 Sergey Chilikov and Bakharev’s images, for example, are not made from the outside. The distances, both physical and emotional between the observer and the observed, tell us these photographers are home. That looseness and generosity from the subjects married with the formal rigor is familiar from Nan Goldin or early Larry Clark.  This is how the camera recognizes this sort of interpersonal history.

The particulars of that community, or this cluster of communities to be more specific, are most compelling when they present us with people at work and at play, going through the mundane motions of daily existence, fucking and fighting.  Those slivers of life are recognizable of course, but also replete with the strange details that cannot hope to escape the lens.  Things like the flora, the fashions and even the small gestures seem to come from some parallel universe, and what keeps this from Nat Geo territory is that insider’s gaze.

Roman Pyatkovka #10, 2010 From the series Abortion

Perestroika has no interest in spoon feeding us the culture but its pleasures are obvious enough to keep us working for answers.  Delights abound:  Nikolay Bakharev’ s tender and gorgeous smut, Evgeny Yufit’s thrilling use of horror tropes, Alexander Slusarev’s songs of the liminal, Vladimir Kupriyanov’s mural that echoes both Chantal Akerman’s dollies and Jean-Luc Godard’s jump cuts, Roman Pyatkovka’s impressive translations of haptic experiences. I would not be surprised to see a dozen or more of these artists pull off a successful museum retrospective. There are few duds: some were deceived by the siren songs of Photoshop and alternative processes. However, the real success of this show does not lie with individual triumphs, nor can it be derailed by individual failures. 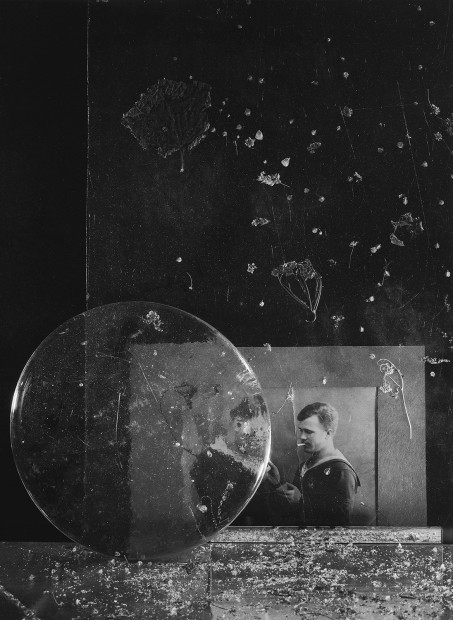 Nikolay Kulebyakin Portrait of Father, 1993 From the Fast Series

The show holds together thanks to that sense of specificity. It is enough to carry us from series to series and artist to artist even at their most disparate.  This would have been enough to qualify as a curatorial success, but something else is happening here, some ineffable effect of this contextualization work.  By the time I came around to the Boris Mikhailov pictures, the change was undeniable.

Mikhailov is the biggest name in the group. The incredible power of his works more than justifies his museum ubiquity. In the past, I’ve admired his unblinking gaze: rigorous, tender, political. And yet, I’ve always found his work almost too much to bear, suffocating.  Today, the weight has shifted. It is still very present, but now the same visual intelligence seems to create breathing space while still calling attention to a pervasive oppression. I’ve always discerned a certain humor in Mikhailov, but it is only now that I am comfortable laughing.  Laughing in the same way we laugh at the Baby Doc and Titide jokes amongst Haitians. I don’t claim to understand, but I recognize.

I certainly appreciate Sebastien Boncy’s comments about the FotoFest exhibitions. The photographers chosen are amongst the best their respective nations offer. The works themselves are excellent. What troubles me is that we are seeing, once again, in the words of the University of London historian of Russia, Orlando Figes, “A People’s Tragedy.” This FotoFest is consistent with the politics of Putin’s Russia. What is significant is not what was shown, but what was not shown. Many of the photographers, including the Boris Mikhailov images, are hardly the works that made these photographer’s names known. What we see is a highly bowdlerized version of contemporary Russian photography. Mikhailov’s most well-known works in the United States, exhibited at MOMA last year, are of homeless people in the Ukrainian city of Kharkov. These wrenching images of utter debasement are not included in the current FotoFest selections. Neither are there images of the wars fought since the Second World War, in Afghanistan, Chechnya and Georgia. There are war photographs taken by an esteemed war photographer of the revolt in Libya, so far from Putin’s Moscow. FotoFest ceded the selection of photographs to an aging, Soviet-era Cultural Ministry functionary who selected works that would not offend Putin’s sensibilities. The result is interesting, but hardly representative of the vigorous contemporary Russian art scene, or reflective of the work that preceded the dissolution of the USSR undertaken by unofficial artists. It is representative of Russia’s contemporary slide into a sort of Soviet Union Lite. I consider it shameful to support such a movement.