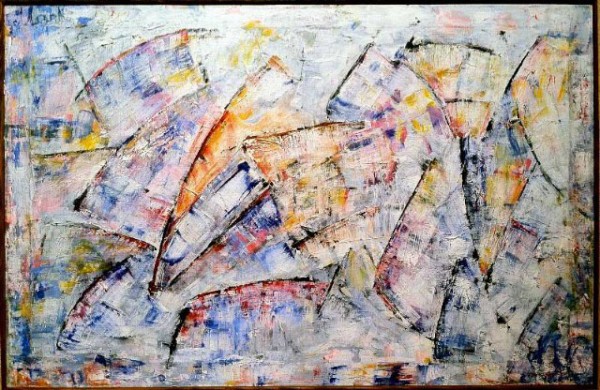 Russian-born Mark Cheikhet is a master violinist who also paints, seeking to fuse the arts into something that Wassily Kandinsky called “Gesamtkunstwerk,” or the total work of art. With a palette that conjures Marc Chagall, Cheikhet creates abstract paintings of shimmering colors and vibrating bands of white that he considers part of his struggle for perfection in expression.

“I’m trying out new forms,” Cheikhet says. “Merging classical and jazz music is a real departure for me. I have this idea of using my paintings as the basis of videos that I can project while I play. The trouble with music is that you can only feel it; you can’t see it or touch it.”

Cheikhet is making his San Antonio debut as a painter in “Four Emerging Artists” at Gallery Nord. He was born in Moscow in 1973 and both of his parents were professional violinists. His father played in the Moscow Philharmonic Orchestra for 40 years, while his mother was a respected violin teacher. In 1991, he was offered a full scholarship at Southern Methodist University in Dallas.

After much acclaim in Texas, he studied at the University of Southern California with Ellis Shoenfeld. While in Los Angeles, he founded the International String Quartet, which performed new works by modern composers. He returned to Russia to study at the Moscow Conservatory in 1995, where he became the concertmaster before graduating in 2000. Since then, he has toured the world, performing as a soloist and chamber musicians throughout Russia, Germany, France, Mexico and the US. Recently, he’s begun performing jazz concerts of his own compositions.

His sister, Anya Grokhovski, is a noted chamber music artist who studied at the Russian Academy of Music in Moscow and was a professor at the Gnessin State College there before moving to the United States in 1989. She settled in San Antonio in 1991, after being hired as a staff accompanist at UTSA, and she now directs Musical Bridges Around the World, which presents classical, folkloric and jazz concerts. 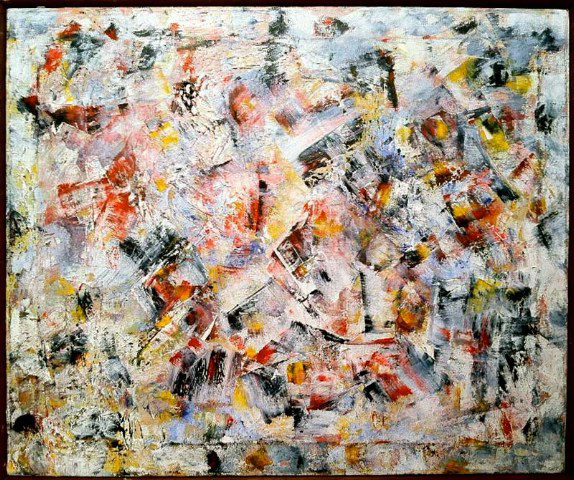 At Gallery Nord, Cheikhet is showing his large abstract paintings with titles such as “Gem Space 11,” “Southern Wind,” “The Howl” and “Ying & Yang.” Working with a palette knife and brush, he creates patterns and textures that evoke crashing chords and invisible waves of sound.

“My music and my two-dimensional work do not separate,” Cheikhet says. “I began by painting landscapes and portraits, but I have found freedom in abstract works.”

On Saturday, Feb. 4, Cheikhet will present a special free concert of his “Fusion of the Arts” at Gallery Nord. On Sunday, Feb. 5, he will be performing “Beethoven Sonatas 4, 5 and 6” in San Antonio’s downtown San Fernando Cathedral in another free concert as part of Musical Bridges Around the World’s collaboration with the San Antonio Symphony’s Beethoven Festival. 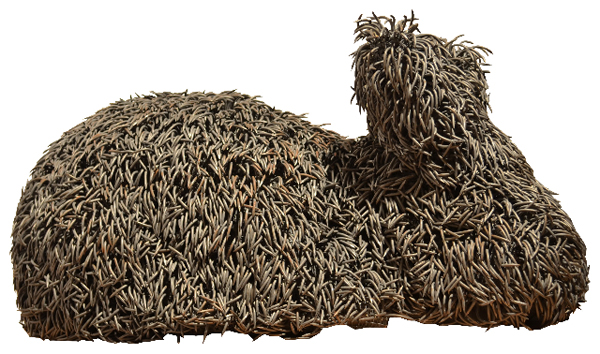 Among the other “Four Emerging Artists,” Ernesto Ibanez is a gifted sculptor with a BFA from the University of Guadalajara who is now living and working in San Antonio. Displaying distinctively Mexican inventiveness with common materials, Ibanez used 25,000 curled nails to create the textured patterns of fur in a giant rabbit form titled “Thousand Rabbits.” He captures the grace and elusive beauty of flying birds in a series of abstract carved wooden sculptures suspended from the ceiling in “Flock.”

“I enjoy creating pieces that are unusual but at the same time ordinary,” Ibanez says in his artist’s statement. “I try to use the materials in such a way that the work is taken out of context and removed from the concept we might have of it.” 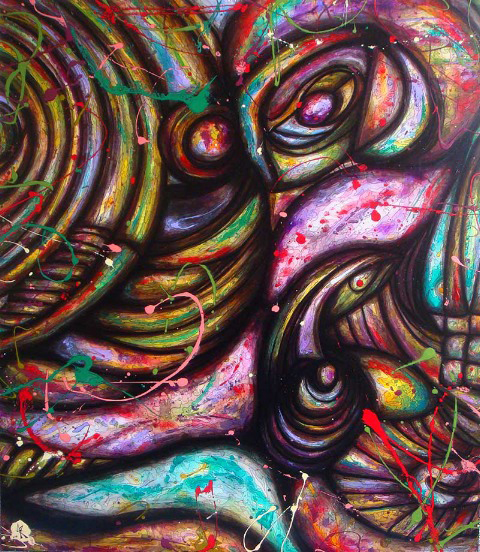 Enrique Gutierrez, who was born in Monterrey, Mexico, and studied industrial design at the Universidad Autonoma de Nuevo Leon, creates complex, multi-layered images that seem to merge organic and mechanical forms. Using vibrant colors such as pink, blue, green and red, his swirling patterns seem to be in constant motion like microscopic creatures or the internal organs of a futuristic cyber creation.

Esteban Delgado, who has degrees from Texas A&M University in Kingsville and UTSA, works in a more ordered, abstract style, exploring angular geometric forms in oddly disrupted spaces. Inspired by artists such as Josef Albers and Ad Reinhardt and using colors inspired by the South Texas landscape, his work is coolly formal while suggesting strange anomalies in fractured space/time continuums. 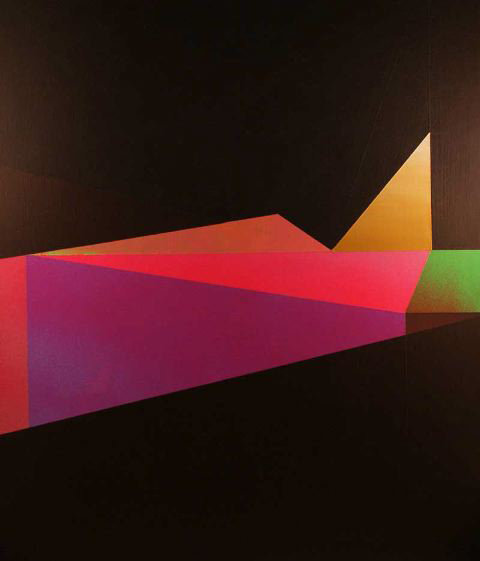