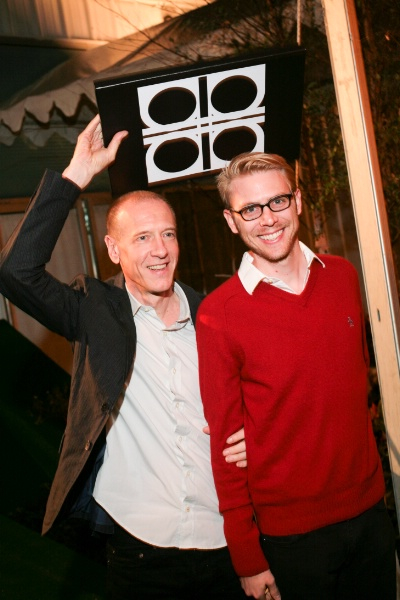 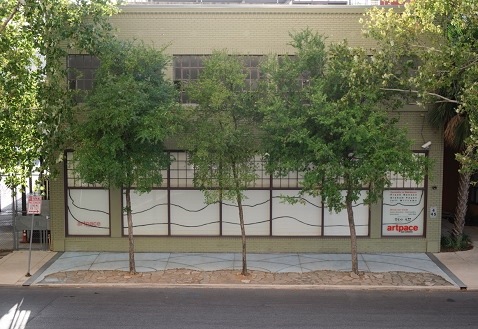 This title struck me as maybe unnecessarily long when I first heard it, but after “seeing” the installation several times and talking to Justin Boyd about it, it’s won me over. Because not only does “Natural Black, Sprinkled With Cosmic Iridescence” describe the beautiful coloring of male grackles; it’s a perceptive descriptor of  the spiky and dizzying sine waves of feedbacky sound grackles generate.

I was gonna start this paragraph by saying “if you’re from Texas, you know the — ” (yaddayadda), but this aural/visual piece inspired me to do some grackle research, and it turns out their range is as enormous geographically as it is sonically, so:

If you’re from this area 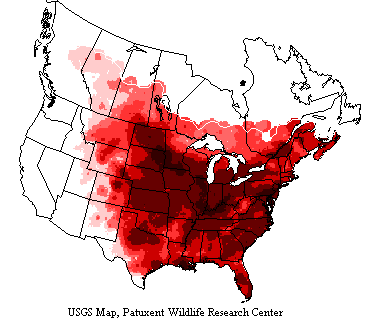 you doubtless know the sound of single or multiple grackles, whether you know it or not. They’ve got hundreds of different sounds and calls in their repertoire; my favorite goes something like 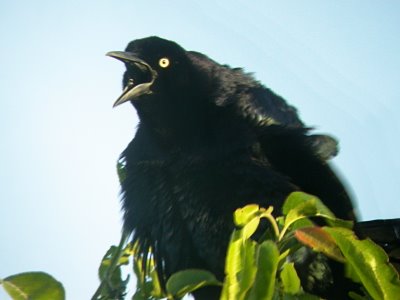 Grackles are normally regarded as nuisance birds, flying rats and what have you. Building owners erect fake owls, use klieg lights and BB guns and cannons in an attempt to disperse them, both because of the noise, and because if you saunter under a tree with a grackle party in it, you will get pooped on. As well as the pavement, storefront, cars adjacent, public art, etc. A large group of grackles is commonly referred to as “a plague.” 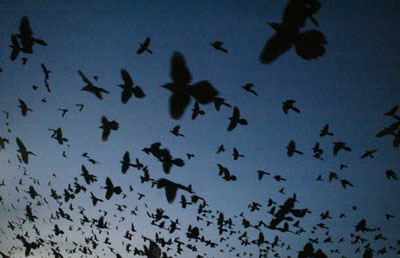 Justin Boyd likes them, though. He’s rounded them up into his eccentric and often intellectually-provocative body of work. Though his sound-sculptural-multimedia works can often come off as cerebral — at least to me; I was fascinated and confused by Boyd’s contribution to The Blue Star Contemporary Art Center’s terrific 2009 show, Lonely Are the Brave (curated by Glasstire contributor Hills Snyder). Called “Optional Obstacles (Lonely Are the Brave)”, it consisted of a projected video loop of Kirk Douglas in a scene from the 1962 Western movie that inspired the show’s theme. 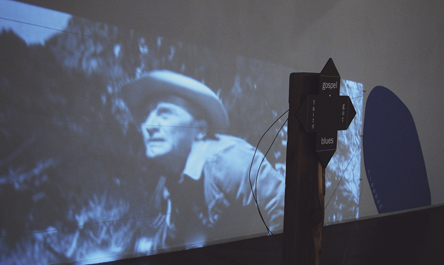 Still from "Optional Obstacles (Lonely Are the Brave)."

In a mission statement about the collaborative exhibition, Boyd wrote that the artists would be “navigating the byways of Our history, looking for moments of true spirit and conviction.”

The loop, as I recall, featured Kirk Douglas pushing his horse up an embankment, and struck me as Sisyphean and absurd and a little sad. It definitely referenced the onward push of Westward expansion and the limitations of Manifest Destiny and Eminent Domain; i.e. the national travail, kept alive by the mythmaking of the West via a 1962 film, then viewed through a 2009 lens; this sad hero (Kirk Douglas) trapped between the Wild West and modernity.

And in so doing, “Optional Obstacles” speaks to Boyd’s preoccupation with nostalgia, and refracted Americana, and national narratives. In the sound component of this piece, though… fuck it, I’m just gonna say I had no idea what it was about. Boyd did a live performance which consisted of a loud screechy noise, and droning noises, and the sine wave of the sounds apparently meant something, resonated with other ideas.

I think I even talked to him about it, at the time. I experienced the feeling I find most troubling and most exhilarating in arts writing; there was something there, for sure, but I didn’t know what it was, and I sure as hell didn’t know what to say about it.

This particular work struck some viewers as obtuse; in my case, I felt there was some audio science I just wasn’t able to master and connect to.

When I went in September to check out Boyd’s Window Works installation, I pressed him further about the mechanics of sound — what he uses, what he changes, what he thinks about. He explained, very patiently, the physical mechanics of “Natural Black;” that there is a row of speakers set on the Artpace building’s facade, and a row set in the trees opposite, forming a kind of sound aisle, a near-architectural effect, in which the listener hears recordings of grackles. The tree-mounted recordings are unadulterated; the building-side ones have been tweaked by the artist.

I ruminated over this for weeks. I drove back to Artpace twice, once in the day and once at night, parked my car and went and stood there 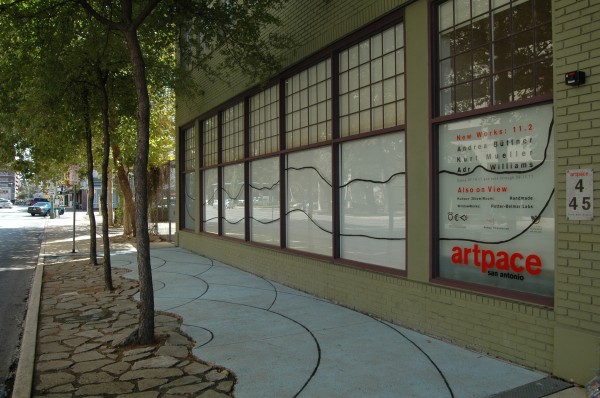 right there between the trees and the building, in front of the longer bay of windows,

and listened. At night, when the city block was quiet, the grackle chorus is both menacing and beautiful. As you walk back and forth, you hear different loops from each speaker, both the “natural” side and the “tweaked” side, and discover that some of the weirdest noises are pure unadulterated grackle. Also, Boyd made field recordings of passing traffic, so you hear phantom cars drive by on the empty street. It’s an experience that will stick with me — go.

For a nice grounding in Justin Boyd’s discography, check out his PechaKucha SA presentation, which consists of clips he recorded, rather than the standard 20-images-and-chatting format.

NOTE: You can listen to my conversation with Justin Boyd on location in his Artpace sound landscape here.

While you listen (open up the Soundcloud page on another tab), you can check out a compendium of grackle-related YouTube clips I’ve gotten together.

And stop by Artpace before the 31st.

(YouTube commenter remarked, “what brand of calculator is this filmed with?”)

[…] Sarah Fisch suggests that you check out Justin Boyd’s 11.3 Window Works exhibition before Sunday, and will tell you as much in her Glasstire piece, “End-of-2011 recommendation: Justin Boyd’s boids at Artpace.” […]

Sarah Fisch suggests that you check out Justin Boyd’s Window Works exhibition before Sunday, and will tell you as much in her Glasstire piece.

Grackle is my favorite bird and I love their songs and noises. The above article and videos inspired me to create a grackle song mix and create a ringtone. If anybody would like to have a copy of it, please write an email to me at [email protected]. It is about 515 KB as prepared for iPhone.