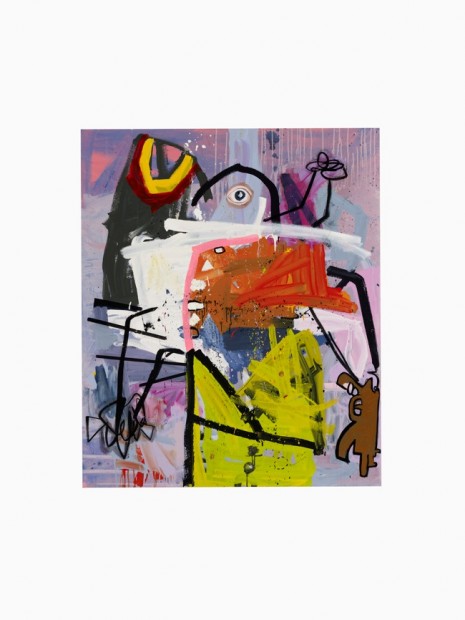 Howard Sherman’s in-your-face aesthetic and cartoon-like drawing pays homage to Keith Haring and especially Jean-Michel Basquiat, whose street-art inspired paintings ran counter to the Minimalist establishment.   Their art challenged Minimalist emphasis on finish and intention in a work of art.

Sherman started his career as an editorial cartoonist, but he quickly moved into painting, earning a MFA from North Texas in 2006.  Over the last several years I have been watching his work develop. (Full Disclosure, as an art advisor I have placed several of his paintings and drawings in private and corporate collections.)  Howard Sherman’s exhibition of new work runs through October 15th at McMurtrey Gallery. 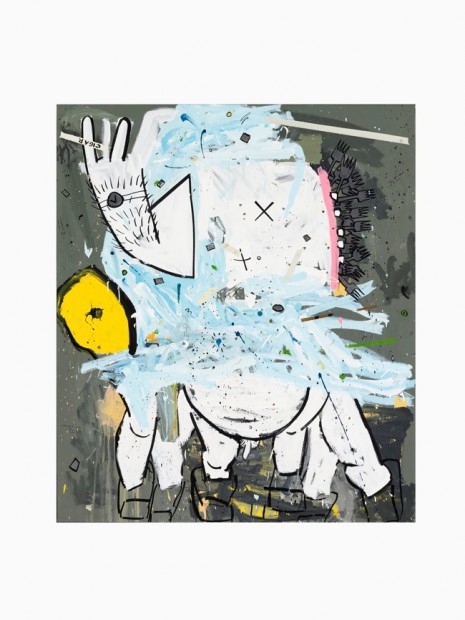 Like Basquiat, Sherman’s paintings are messy and immediate and personal and pointed.  They are humorously aggressive and reflect the multivalent and chaotic world we live in.  In a world that increasingly requires constant editing of information overload, these paintings grab your attention like a slap in the face.

Despite his works’ seeming randomness, Sherman knows where he is going, what he is doing, and what he is communicating.   It is almost as though the artist turns Basquiat up a notch, producing paintings and drawings that run roughshod over good taste. 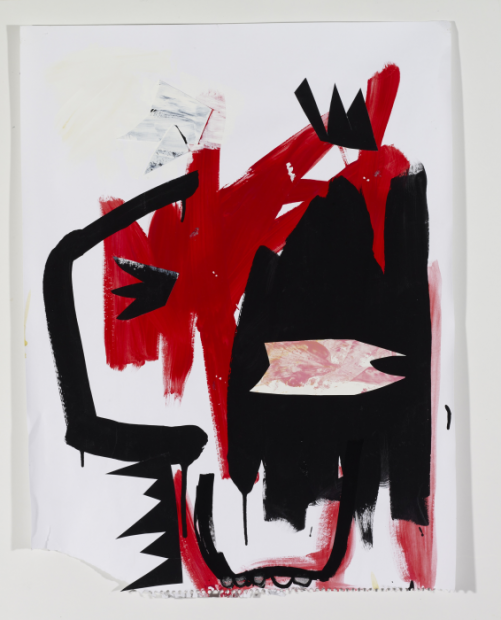 In his most recent work, Sherman includes more textual reference, which seems a little too didactic, but nevertheless, the paintings are worth the intrusion.  Considering the paintings are intrusive anyway, the text may not matter. Where Basquiat’s self-destruction cut his promising career short in 1988, Sherman definitely is going somewhere.