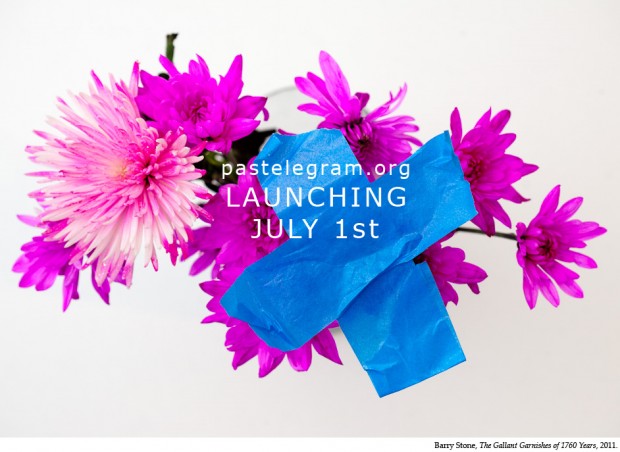 With an economy that is closing many galleries, combining institutions, affecting artists’ practice and curtailing art publications it is encouraging to find someone willing to swim against the stream. Ariel Evans came to Texas in the fall of 2006 to start an M.A. in Art History at UT. After completing her degree she spent two years working in the world  before enrolling in UT’s doctoral program which she is pursuing to date. During the time in between she taught art history, curated shows, wrote reviews, became an editorial intern at Art Lies. Later she became Art Lies’ assistant editor before it folded this past year which brings us back to that upstream swim. On July 1st 2011 an ambitious new publication called Pastelegram will launch online with a printed publication to follow in the fall. With less than two weeks till that deadline I asked Pastelegram’s editor Ariel Evans for Mirror Mirror #5 to let us in on what she has in store. Below are excerpts from our email exchange:

MM: Where does the name Pastelegram come from?
AE: I’m not very good at titles—I have affection for puns and wordplay that leads to some real cheese.    I wanted a word that didn’t necessarily mean anything but sounded like it might, and something that could read as several different words at the same time.

I forget why I was reading about the poet Marianne Moore on Wikipedia, but I was and came across an anecdote that inspired the name. Marianne Moore received an invitation from the marketers of the Ford E-car in 1955, asking her to suggest names for what eventually became the Edsel. The marketers reasoned, “Who better to understand the nature of words than a poet?”—a sentiment I agree with. Moore responded with a list of names including Chaparral, Resilient Bullet, Ford Silver Sword, Mongoose Civique, Varsity Stroke, Utopian Turtletop, and Pastelogram. I played around with a couple of these and other options, but when I changed the spelling to Pastelegram, it felt like I’d found a word that fit the several-words-in-one desire: you can read it as one seamless word or in parts.

It’s a title with a specific source, a maneuver that aligns with the magazine’s ethos: instead of reproducing a work and providing a secondary interpretation of the work’s meaning, we commission a new work intended to be in magazine form and offer a collection of primary sources that infuse the artist’s vision of the work. The model, happily, doesn’t exclude visual or textual sources from outside the boundaries of so-called high art; accordingly the reference to Moore remains in keeping with the Pastelegram’s ethos as well.

MM: What historical or contemporary publications are models for Pastelegram?
AE: The online and print editions will together form a hybrid of sorts. The online version will deal more with traditionally what contemporary art magazines cover, that is reviews and articles on artists, perceived movements, and/or ideas in art. There are plenty of prototypes for that, but one site I really enjoy is East of Borneo, which has a number of innovative ways of dealing with the online medium.

The print issue borrows more from earlier avant-garde magazine practices such as those found in Blast or Der Blaue Reiter. But since it is artist-focused it has contemporary parallels like Blind Spot where the magazine serves as an artwork in itself. Blind Spot’s current issue, no. 43 , is a magazine I find really interesting as well, though I can’t speak to the magazine as whole.  This particular issue is all photographic images, and what text there is consists of photographs of written or typed texts. It’s beautiful, and there are very visually poetic ways in which the works of one photographer inflect on the works of another photographer. While, Pastelegram will focus on one artist or one critical and/or historical project. It might also be like Cabinet, which peppers in information as inspiration or serendipitous finds.

One of my favorites magazines is Marg, an Indian art and architecture publication that began in 1946 and continues today.  I spent a lot of time with issues from the 1940s and 50s, and they are pretty much among the coolest things ever. Full of different weights, types and colors of paper and inks, weird photographs and maps, etc–that play with tactility is something I’d like to see explored in Pastelegram’s print issue. 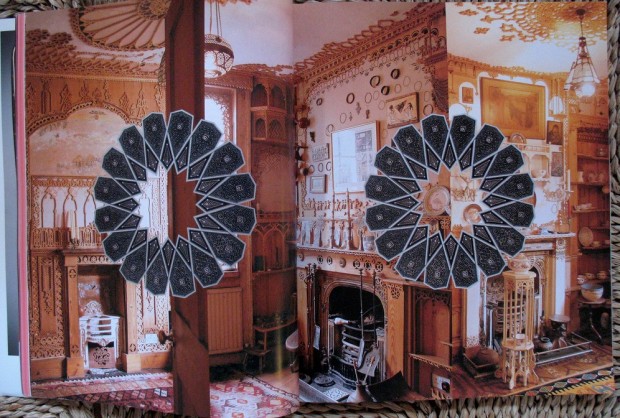 In the same vein, Nest: A Quarterly of Interiors is another favorite (pictured above, it ran from 1997-2004). The images are mind-blowing, and the editors also played a lot with creative page-making and book-binding

We’re putting a lot of thought into what works in print, what works online, and how the two might work together. It’s my feeling that things like reviews work best online, for example because it allows you to read the review while the show is still up and there isn’t much lost experientally in moving the reviews online. Online also offers a number of ways to interact with material that is not possible in print, and we’re planning on experimenting with this. For one, you’ll be able to view videos on the Pastelegram website. Another is we’re hoping to offer histories of art magazines from the past—it’ll be a fun act of self-reflexivity.

MM: Did working for and the recent demise of Art Lies influence your decision to start Pastelegram?
AE: Yes. I read Art Lies before I ever moved to Texas, and it was one of the draws when I accepted UT’s offer to enroll in the MA program. I loved working for Art Lies as an intern and later as Assistant Editor. Reading so many reviews honed my understanding of what the form can do, my ability to notice cliché and excise it, etc.

Working for and reading Art Lies also gave me a lot of ideas about what could be done with a magazine, long before I had any idea that Art Lies was going to close.  The artist’s spreads were often my favorite sections—at heart I’m an image hound—and that played a large role in staff discussions determining how the print issue of Pastelegram could function.

Finally, I was shocked and saddened by the board’s decision to shut down Art Lies, and I think the full ramifications of that decision have yet to be seen.  The level of discourse and geographical spread of Art Lies played its role in attracting artists to Texas, in keeping them here, and in presenting those artists and ideas to a larger population, outside of Texas and even the United States.

The loss of a publication with Art Lies’ quality of editing, writing and criticism means that another quality avenue for discourse in Texas drops. That’s a huge loss for artists, since there’s nothing worse than only hearing good things from friends about your work instead of informed criticism from someone not personally invested in your well-being.

I believe that most of us working on Pastelegram feel similarly and hope that the magazine will contribute towards mending the gap left by the loss of Art Lies.

MM: What will be the scope of publication?
AE: Because we’re based in Texas, we will be covering the artists that live and work here, of course—and many of the reviews will come out of Texas also. But we’re not focused on Texas. I’d say our scope is more international, or at least is informed by what’s going on internationally. We prefer to look for and find artists and thinkers of national and international quality and showcase them.

Moreover, Texas is less “Texas-based” than most of its residents seem to think.  For example, UT-Austin is a powerhouse of Latin American art history. I originally came here to study Indian art—and it’s those more internationally-informed perspectives and connections that we can place with Texan artists of the same caliber.

We’ll be covering other media besides the visual arts, but our emphasis is still informed by the visual and its complexities. Artists don’t only look at other artists, and they don’t only look at things—they listen to music, they read books, they read the news, etc. etc. Pastelegram works as a particular method of looking at things, but doesn’t propose limits on what those things are.

MM: The first issue is being guest edited by artist Barry Stone, how do you plan on using guest editors in the future?
AE: I’m excited to be working with Barry for the first issue. I think he’s an extraordinarily intelligent artist who considers carefully about the media he uses and what can be done with it; both in terms of formal approach and conceptual weight. He works in a way that’s smart but not rarefied, and there’s a very deft sense of humor in his work that I really enjoy–which is pretty much why I asked him to work on our inaugural issue. He also reads broadly and well, which is ideal for Pastelegram–he’s introduced me to a couple of books already.

The print issue isn’t only limited to artist’s projects—we will be working with art historians and curators as well.  The focus in each issue is on a particular project and the readings and images that went into thinking about that project.  So, as an art historian example, if I were doing a print issue about the Skolar cat article I wrote last year for Art Lies,, I would reproduce the images and texts I was working with, which included internet memes, Richard Hamilton’s Just What Is It that Makes Today’s Homes So Different, So Appealing? (1956), an excerpt from Andy Warhol’s interviews with Gerard Malanga, Michel Foucault’s writing on Warhol and stupidity, and an excerpt from Avital Ronnell’s philosophical text Stupidity (2001), among other things.  (By the way, that’s a terrible idea for a print issue, so don’t expect anything like that. It’s just an off-the-cuff example that doesn’t make anyone beside myself look potentially silly. )

The print issue will be a close collaboration with an artist or an art historian. Basically it will offer a work and then a curated archive for that work; what it asks of readers is that they work somewhat as art historians and critics do. Instead of offering a secondary interpretation that simply tells you what the work means, it allows you to make an informed interpretation.  I think it’ll be more fun to read.

The first issue will be amazing. A teaser will be available on our website when it launches July 1, and readers are welcome to sign up for our email list at Pastelegram.org. We’ll be sending out an e-blast to subscribers to announce the launch.

Beautiful interview!! Way to go, girl, make us even more proud with what you accomplish! Gma V