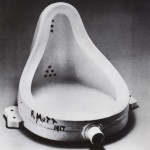 Who hasn’t copied something? Dress it up with whatever word you’d like, sampling, stealing, reproduction, or, if you want to flex your theoretical muscles, pastiche, quotation, or appropriation. I’m going with the last one. The recent case, Cariou v. Prince, has once again stirred up the sleeping debate around artistic appropriation. If we’re choosing sides, which the law dictates we do, then I’m with Prince.

Transformation is a key point legally and aesthetically. In addition to physically transforming photographs from a book into paintings, Prince’s images clearly operate in a context that is strikingly different from Cariou’s. If Prince’s cumulative actions don’t qualify as transformative than what does? I looked it up. The legal gymnastics required in order to fall under fair use are complex, if not frightfully subjective, though apparently citing enough precedent gives subjectivity legal legitimacy. According to Judge Batts, Prince’s paintings are “infringing derivative works” and not “consistently transformative” partly because they don’t comment specifically on aspects of Cariou’s original work, and therefore aren’t fair use. If Prince had merely claimed that part of his intent was to comment on Rastafarians the cases outcome may have been strikingly different. Deciding legal affairs on intent, as evidenced by an artists statement, is a slippery slope. After all, an artists intent is only one possible interpretation of an artwork, and as a result is a problematic basis on which to decide matters of fair use.

This court ruling is bad news for artists, from abstractionists to performers. If there was ever a simple matter when dealing with art then it’s here. Artists’ should be granted freedom to utilize and manipulate the materials that exist in the world. They have an obligation to appropriate responsibly like everyone else, but If they are indeed tasked with commenting on and reflecting back to us the culture we live in, than access to material, without fear, is critical. Batts’s ruling narrows the scope of fair use and should give artists’ the jitters.

Antiquated notions of the original gleam with irony in today’s digital wonderland, as traditionalists and profiteers scamper to preserve a shred of the long withering territory. Individuals bear the brunt of these last ditch efforts. Meanwhile, AT&T and ad agency BBDO filch ideas from Christo & Jeanne-Claude with all but an ex post facto disclaimer, (thereby avoiding liability) but individuals like Prince can’t reshape photographs from a book into paintings without having to pay up? To say nothing of this 2003 Honda spot, by the oft fawned over advertising darlings Wieden+Kennedy, that is a sterilized version of Fischli & Weiss’s The Way Things Go (1987). (The duo did threaten legal action.) Didn’t I mention responsibility somewhere? What this might say about what we as a culture value, and as a result deem appropriate in terms of ‘borrowing,’ is frankly a little sad.

[Insert rant about corporations and their ad lackeys here.]

Ultimately much of the outcome boiled down to Prince’s work having a negative commercial impact on Cariou’s . If you’re going to make that argument than you have to assume Prince and Cariou share the same market, which is obviously not the case. Score another for Prince, or not, if his appeal fails he may have to destroy his paintings. Nonetheless, regressive pro-regulators in the art world and beyond are loading up, armed with the latest judiciary ammunition, unable to see the wood from the trees. It seems that many simply dislike Prince’s work, and their taste has replaced a reasonable and nuanced argument. The claim that increased copyright regulation will make ‘better’ art demonstrates a fundamentally poor understanding of visual art, and as a result is flat wrong. Restricting artists, through a narrow legal definition, as to the way they can use appropriated materials is about limitation and impoverishment, not betterment.

Should a fine artist enjoy more freedom of appropriation than a commercial artist? Is it fair use to photograph a 2D work of art and then use the untransformed and uncredited image to sell cigarettes? Or – as you seemingly argue – would the change in context be transformative in-and-of-itself?

Philosophically I’m on board [get it? (Arrrgg, Matey!)]but agree with the judge’s rational. Plagiary in longhand is still plagiary.

We’ll have to disagree that the Judges rational was a sound one for the reasons I mentioned above. Prince’s act was clearly not plagiarism any more than Duchamp’s.

Commercial and fine artists should enjoy the same amount of freedom when it comes to appropriation. I really wanted to say yes, but that’s my taste speaking…Technically, AT&T, Honda, and Apple (Thanks Rainey!) did transform their sources and context just as much as Prince. But that’s exactly the problem. They aren’t liable, wherein Prince is. Under that logic he could have slapped some ‘Original images by Patrick Cariou’ stickers on the back of those paintings and it shouldn’t have ever gotten to the courts.

This is sticky territory, and I don’t pretend that it isn’t littered with contradictions. But if we’re going to let companies with global commercial interests pilfer from individual artists and not be liable, shouldn’t we grant artists the same freedom?

How about Apple’s stealing from Christian Marclay?

[from the above blog]
“Recall, if you will, the golden age of Apple ads: the 1980s and 90s, where men were men, and advertisements were forthright about their artistic influences. Starting with the adaptation of George Orwell’s 1984, Apple at least had the decency to list its inspiration in the liner notes. Its legendary Think Different campaign in the 1990s, by TBWA \ Chiat \ Day, nobly paid tribute to those who supposedly affected Apple’s image, even in light of grammatical shortcomings. Despite the tributes, Apple’s advertising was criticized even then for incorporating figures that wouldn’t approve of their products. Though long retired, Think Different may still to be embedded into the hearts and minds of advertisers, as Apple certainly continues to drum to a different beat: sans (artist) approval.”

reading the case, Prince got rightfully nailed. Given the opportunity to make his case and explain why he was using the images, 60 OF THEM from this one book, he said he had no real reason. And isn’t that exactly the slacker post-modern nihilistic shtick-pony that he’s ridden to his considerable fortune on?

I think Prince is the poster boy for the kind of lazy “hip” elitist “anti-intellectual” posturing that an entire diabolic academic/commercial establishment is built on. It’s a dead end (in many senses), and he’s finally gone too far, by a number of standards – happily, some of them legal, so he can be held at least partly accountable.

I think it’s totally offensive that Prince and Gagosian should be making so much bank of the hard won images of an intrepid photo-journalist who spent years with those people – black, largely impoverished people, incidentally, who’s identity is formulated by utterly rejecting the type of soul-less commodification and faith-lessness that Prince’s work embodies (any critique factor, however slight, long since drained by his triumphant art world success.) Talk about irony.

[…] posting some thoughts on Cariou v. Prince for Glasstire last week I want to try and approach the case more from my position as an artist. […]

Conversely, the claim that decreased copyright regulation will make better art likewise demonstrates a poor understanding of history– copyright exists for some very, very good reasons. The case in question is simply a stricter enforcement of existing laws, it does not represent additional regulations.

I wonder though, why is appropriation artistically necessary? If I picked up a book, tore off the cover, and called it a found sculpture, I would not have a valid claim to copyrightability; I see little difference between this and other appropriationary art, except possibly the artistic merit or the extend to which I have changed it (neither of which are objective distinctions)