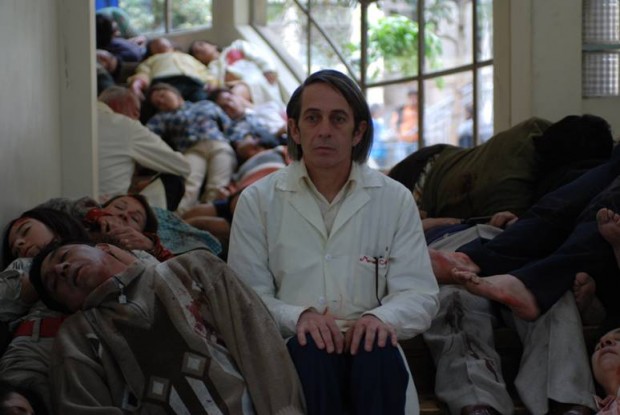 Latin Wave 6, the sixth (obviously) in a series showcasing a number of the most acclaimed films recently released by Latin American filmmakers, returns to the Museum of Fine Arts, Houston on April 28th. This year’s lineup (including, for the first time since Latin Wave 3 in 2008, two films directed by women) features a range of poignant, disturbing films, many of them subversively feminist in theme and character.

Latin Wave 6 was programmed by Monika Wagenberg, a leading expert in the field of Latin American cinema and a native of Colombia. The films she has selected from Argentina, Brazil, Chile, Colombia, Mexico, and Peru make their Houston premier this month. Avid moviegoers will appreciate this, as many of these films have been featured in festivals and competitions worldwide, including Berlin, Venice, New York, Cannes, San Sebastian, and Sundance.

What’s astonishing about each is how subtle, complex, and quiet these films are, even when the subject matter is violent and highly emotionally charged. No matter how bloody or psychologically disturbing the backdrop, the stories are chronicled through a distinct and individual point of view. As a result, these films are not preachy, heavy-handed, or overly emotive.

Take, for example, Post Mortem, a Chilean film by acclaimed director Pablo Larrain. Each of the films on view are strong, particularly the ones dealing with violence, so it is difficult to select one as more compelling than another. But this haunting, disturbing story is unforgettable and should not be missed.

Post Mortem is set in 1970s Chile, during the CIA-backed coup d’état that overthrew the government of Salvador Allende. Its hero (or anti-hero), Mario, is a civil servant who types up reports on autopsies for a living. Mario is a repressed, sedate, lonely bachelor who mechanically trudges through his existence with a deadpan countenance. Despite a yearning for sex and companionship, he is surprisingly prudish, rebuffing the advances of a co-worker. Mario’s object of affection and obsession is, rather, his neighbor, a manipulative and opportunistic washed-up cabaret performer named Nancy. Their lopsided relationship, an enormously sad and brutal affair, provides a dimension to the movie that underscores the tragedy which simultaneously affects the country. Simmering with fear and sexual tension, this film is scarily powerful with an ending that no viewer will be able to walk away from unaffected.

Predictably similar harsh realities oppress the lives of the characters in unpredictable ways in both entries from Colombia, Los colores de la montaña (The Colors of the Mountain), directed by Carlos Cesar Arbelaez, and Todos tus Muertos (Todos tus Muertos) directed by Carlos Moreno. In both of these narratives, the filter of domestic day to day life gives a human face to their tragic unfolding. Los colores de la montaña, set in a rural area beset by guerrilla-military conflict, brilliantly tells its tale with an extraordinarily talented group of child actors. The main character, nine year old Manuel, played by Hernán Maricio Ocampo, clings with determination to his childhood—to school, drawing, and play—though he is surrounded by danger. Manuel, obsessed with the retrieval of a soccer ball which has rolled into an area riddled with landmines, goes to lengths that will put any viewer on the edge of his or her seat. It’s a beautiful movie, set against a lush, verdant backdrop of mountains —a context which allows Arbalaez’ gifts for storytelling and dialogue to stand out. The children in this movie are authentically portrayed without an ounce of sentimentality. You don’t know whether you want to smile at their cuteness or scold them for their insolence—like I said, completely believable.

Moreno’s Todos tus Muertos is the story of a poor farmer, Salvador, who unwittingly stumbles onto an atrocity that draws him into a world of corrupt government and unspeakable violence. Salvador, a hard-working fellow whose appearance makes him a bit of a public joke, is an odd but effective vehicle for such a gruesome (and at times surreal) situation.

Although there are only two films here directed by women—Asalto al Cine (The Cinema Hold Up), from Iria Gomez Concheiro of Mexico, and Rompecabezas (Puzzle), an Argentine work by Natalia Smirnoff—there is one thing that nearly all of these movies, whether directed by male or female, make abundantly clear: women are a powerful, if not the most powerful force in these narratives. Whether the setting is rural, urban, relatively peaceful or fraught with upheaval, the women portrayed here are calm, tough, determined, and not necessarily virtuous. 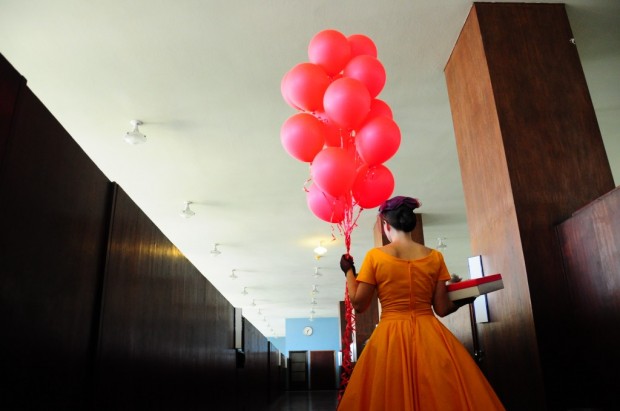 Maria Onetto is Maria del Carmen, a dutiful but not altogether unhappy housewife whose labors and domestic creativity are taken for granted or ignored by her husband and family. Assembling a picture-puzzle leads her on a path of self-discovery and of a realization of her strength and competence. Natalia Smirnoff’s narrative is not an overblown drama in which the men in Maria’s life are bullies or saviors; the characters here are complex and human, and Maria’s transformations are all the more touching and believable for this.

Equally deft with verisimilitude is Iria Gómez Concheiro and her bored teenage characters in Asalto al Cine (The Cinema Hold-Up). The tension here does not lie with the heist of the title, but rather with the mounting frustration in the lives of four bored teenagers living in the Cuahtemoc barrio in Mexico City. Like many idle, slackerly teens, they spend their time tagging buildings, scoring small amounts of dope, and dreaming of glamorous escapes from their limited existences. Concheiro’s portrayal of this misguided group is ingenious; the boys are foul-mouthed and filled with bravado, yet it’s clear that it’s all just an act. When their plan is put into motion, the lone girl in the group, Chata, is competent, cunning, and much cooler than her male counterparts

This girl is insouciant and surly—a typically sullen teen—and her true emotions are buried deep within her psyche. Versions of this dissatisfaction and simmering rage in Latin American women are depicted in nearly all of these films, though more in the style of Maria del Carmen than Chata. Suppressed rage and frustration at suffering indignities is prevalent here. The women in films such as Octubre (October), a Peruvian film by Daniel and Diego Vega, and Gatos Viejos (Old Cats) by Pedro Peirano have been limited and bound by aspects of their lives, yet they cope with a relatively quiet tenacity.

Octubre’s central figure, Clemente, is a laconic small-time money lender who regularly frequents brothels. When one of the prostitutes dumps what appears to be his infant daughter on his stoop, it is only through the aid of the pious and lonely Sofia that he is able to manage. Clemente, likable but stubborn and spiritually empty, repeatedly rebuffs Sofia’s attempts to make the three of them into a family unit. Sofia’s subservient yet dogged moves reveal her strength and integrity. Though willing to suffer for her desires, however, she can only be pushed so far without retaliating. There’s a scene in this movie in which Don’t drink the water! is given new meaning—one that this viewer will never forget.

Gatos Viejos, a delicately rendered portrait of family dysfunctionality and the helplessness of aging, pits a mother suffering from dementia against her troubled, volatile adult daughter. The violence of their relationship—the past struggles, the inability to communicate and truly love—is done beautifully, and with a poignancy that will resonate with all who watch it.

Although I have left Riscado (Craft), the Brazilian entry from director Gustavo Pizzi, for last it is certainly not to be considered least. In fact, I found that this film captivated me just as much as my other favorite, Post Mortem. While the previously discussed Chilean movie entranced me with its inscrutable air of dread, Riscado was similarly captivating, but on the opposite end of the mood spectrum.

Bianca (played by Karine Teles) a talented struggling actress who supports herself with demeaning jobs, is so charismatic I found it difficult to take my eyes off of her. She is irresistibly down to earth—exquisite at some angles and plain in others—and possesses a sweetness that makes you root for her at every turn. There are some similarities here to Mike Leigh’s Happy Go Lucky; however, though Leigh’s character Happy is sunny in the face of adversity and stress, she doesn’t hold a candle to Bianca, whose commitment to plying her craft with little financial or emotional support is inspirational. This movie should be mandatory viewing for every struggling artist, actor, musician, filmmaker and writer. It’s an unflinching look at what life really is for most creative types: a trying, thankless, and seemingly endless cycle of rejection of one’s self-expression and self-esteem. Pizzi portrays it as just that, but he allows us a generous view of the motivation that keeps these creative types hanging in there. This is a complex and emotionally truthful portrayal of holding onto a dream while simultaneously trying to peddle it.

Latin Wave 6 is a well-balanced program featuring talented filmmakers who, with deep feeling and a remarkable deftness, relate compelling tales of worlds both horrifying and delightful. As mentioned, these films are premiering here at the Museum of Fine Arts, Houston. It would be very advisable to take them in on the large screen, as the cinematography and atmosphere of each of these entries is breathtaking in its own way. In the United States, popular perceptions of the Latin American experience are too often formed by headlines, stereotypes and statistics. These films offer a far more nuanced and complex perspective.

Promises to be very good.