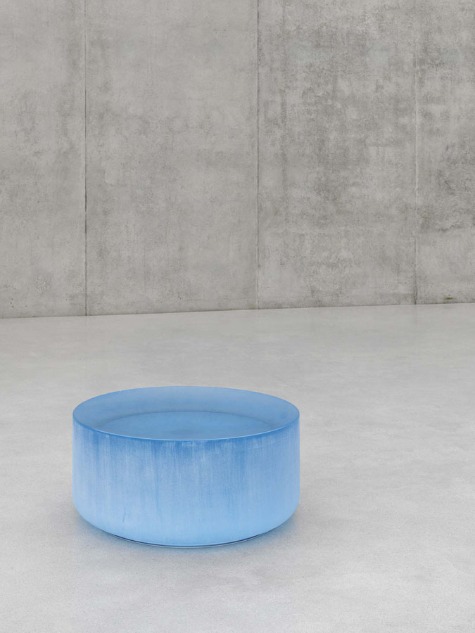 Searching for the sublime in Miami: and I don’t mean mojitos…

…although they were delicious at the MFAH/Cruz Diez foundation party at the Raleigh Hotel on Thursday night, where several Houston Collectors (with a large “C”) hobnobbed with the Miami glitterati in full-on regalia. And while people watching in Miami is always sublime, that is not where I tried to focus this week at Art Basel Miami Beach and the satellite fairs. As life has grows more chaotic, I have found my tastes in art have moved in the opposite direction: to objects that offer some peace and inspiration. But come-on: at Art Basel? Keep your eyes open.

In the last nine years, Art Basel Miami Beach has become the most important art fair in North America, and draws dealers and collectors from all over the world. The satellite fairs, such as Pulse, Nada, and Scope, have become added “must-see’s” on the collecting agenda as well, and take place throughout Miami the same week. 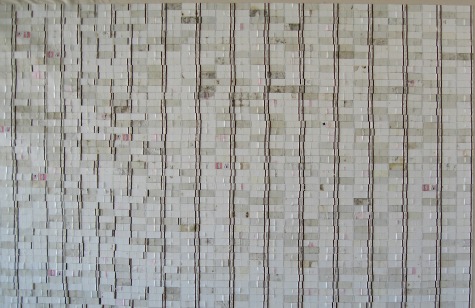 I love art that makes something beautiful and evocative out of detritus or even trash. Leonardo Drew is a master of this, as we all saw in Claudia Schmuckli’s stunning Blaffer exhibition last year. There we are few of his pieces scattered about the fair, as well as other works in the same vein, one by an artist from Colombia named Luis Fernando Roldan at Faria Fabregas’ booth. The piece was made entirely of matchbooks and was elegant, meditational and surprising all at once. At James Cohan Gallery were classic Bill Viola existential meditations as well as the shockingly realistic Ne Plus Ultra by Erick Swenson. The rotting deer carcass reveals scrimshaw carving on the bones of the animal, hinting at secrets revealed and profound information that only comes to light in bodily destruction. 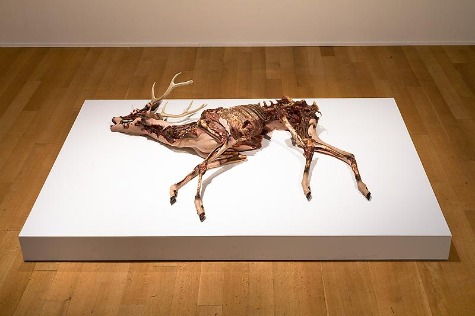 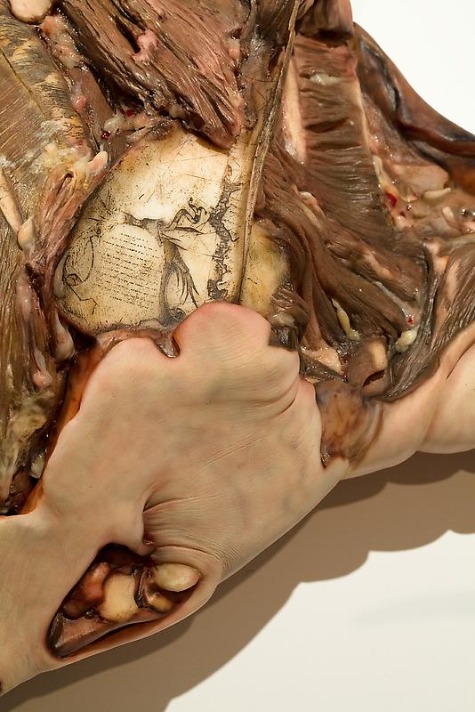 And then on to the Mac-Daddies/Mamas of art that makes you want to go meditate. Nothing could really top the absolutely gorgeous Roni Horn sculpture at Hauser and Wirth entitled Well…. Made of cast glass and weighing over a ton, the sculpture attracts the viewer’s attention the minute it is seen from across the exhibition hall. It seems to emit light and literally glows. Unfortunately for most, however, the six figure price tag plus the artist’s approval makes it an expensive route to nirvana.  But speaking of nirvana, Anish Kapoor has that whole game down as far as I am concerned. The two pieces on display at Gladstone were gorgeous and already sold when we checked on Thursday. But another could be had in a classic red in London. 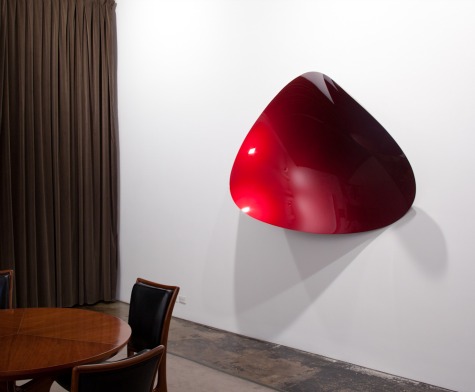 Finally no discussion of elegant simplicity would be complete without reference to Ellsworth Kelly, and a beautiful example of his work was on display in Greenberg Van Doren’s booth entitled White/Brown from 1968.  Don’t know that I have ever seen a brown painting by Kelly, and the color gives his strict formalism warmth.
After Art Basel on Wednesday, I hit the satellite fairs on Thursday. My favorite is Pulse, and I was even further delighted to meet the very dapper director, Cornell Dewitt, whose name suggests that he is from Mississippi or London. But, no, he is a fellow Texan, and a graduate of St. Johns School. 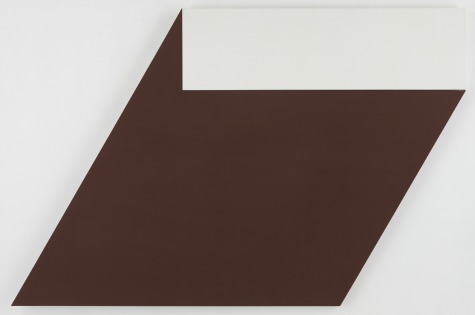 After a little chat, I continued my quest for the Sublime, and found it in Von Lintel’s booth. I have been following Izima Kaoru’s work for a long time, and was so happy to see one the his fabulous Landscape with a Corpse pieces, where he asks a famous Japanese model to imagine her death, and he photographs her. They are slightly spooky, but very beautiful, their subject matter belying the lush landscapes and ”fashionista” clothing. Their combination of beauty and discomfort lead to general ruminations on transience and specific questions about values. 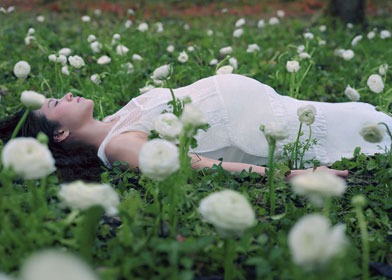 Regarding value and values, they get pretty mixed up every year at Art Basel Miami Beach, as fun as the whole thing is. I’ve been in the business for 15 years now, and I am alternately enthralled and discomforted every year by art and its commoditization on display at the event. Nevertheless, it is the perfect way to see a lot of great things, and I left yesterday both exhausted and invigorated.