Several exhibitions here in El Paso and across the border in Juarez recently have featured art by women, so it seems a good time to visit the notion of women artists in far West Texas. 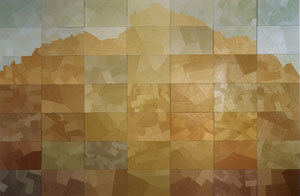 Specifically, is there a certain sensibility linked to gender in this art outpost? Interestingly, every woman I talked to felt there was, whereas the one man I asked rejected the notion.

Since 1990, the El Paso Museum of Art has been aggressively collecting contemporary art, and Head of Education Ben Fyffe has wanted to present a selection of art by women from 1950 to today that’s in the permanent collection. In discussing this show, he firmly rejected the notion there is any difference between female and male artists and is uncomfortable with a term such as “feminine sensibility.” Indeed, there is no particular underlying theme throughout the works, though a sense of spirituality is evident in several of them.

In this latter category is Francoise Gilot‘s remarkable painting from the 1960s entitled The Eleusinian Horse. This was a period when the artist was exploring how the Greek myths interpret flaws in human nature. Fyffe noted that she has said “the recognition that the ancient Gods had all of the same jealousies and frailties that man has provided her with comfort.” Here she portrays the Eleusinian horse sacred to the cult of Demeter, which gave eternal life to a select few through magical fire. Reds and oranges symbolize this fire while a horse resembling a chess piece takes center stage with other symbols representing the Goddess complete the picture.

Other works imbued with a certain spirituality include Ancient by Rowena Elkin, a stripped-down series of posts with a rope wrapped loosely around them, as if at a haunting wharf. Jill Sablosky’s limestone and marble Guardian looks Minoan in its spare form of horns surrounding pillars. A huge sculpture of charred wood titled Burning Bush by Rachel Stevens seems alive in its huge flames burning and not burning much like, well, the burning bush. This work contrasts with a sculpture called Your Life is on Fire by Pam Nelson. A monument with flames on top as well as surrounding the bottom is covered with wood, copper sequins, jewels and words invoking wishes, hopes, dreams etc. along the front.

But not everything is this thematic. Mary Doyle, who as Fyffe points out, as early as the 1930’s tried to combat a certain regional provincialism with contemporary techniques along with other members of the Women’s Art Collective is represented here by a beautiful still life (which admittedly echoes Braque). Mary McCleary uses discarded objects like matchsticks to create remarkably lifelike scenes. The 34 artists here display a wide variety of techniques, and interests, and media from Margarita Cabrera’s maquilla-influenced work to Connie Goldman’s Sky, a series of horizontal color slabs reminding one of Agnes Martin’s paintings. 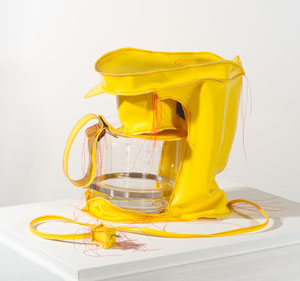 Although Fyffe believes that if one removed the labels, one could not tell whether these were male or female painters, his views on the whole subject seemed strongly contradicted by artists at the small but interesting Avant Gallery, where Sally Avant curated a show titled Women Diversified.

Avant, who has been painting for over 30 years, said she put together the show because “I felt like hanging a bunch of women together.” She’s in the camp that says art by women more effectively demonstrates and explains emotions, though she cited one of the artists, Marie Otero, as presenting “a hard edge.” As if on cue, Otero showed up a few moments later and pronounced, “Anger! Both men and women are angry but we can explain why — we can give a better explanation.” Her work here includes a huge self portrait with arms coming out at various disjointed angles, as well as another painting in which a figure wearing a mask points down a road. She has just finished a series of studies based on early medical journals illustrating various grisly cures for women afflicted by a variety of extreme medical problems.

Analise, whose work is currently being shown in the Netherlands, paints with a group of men and is concerned with painting like men. “I always try to see if I can tell just from the painting if a piece is done by a man or a woman, and I am usually always right.” This concern comes partly from her belief that men are taken more seriously and partly by her belief that “guys paint more to the point.” Her small pieces here are from a series of paintings on prostitutes in Juarez called Vida de Fichera. They consist of small boxes, each containing the face of a woman “showing attitude.” On the frame she has affixed bottle caps, punning on the Spanish fichera (prostitute) and ficha (bottle cap).

Across the border in Juarez, the city used the occasion of International Woman’s Day to award honors to 34 women artists of Juarez. Honoree Cecilia Briones pointed out her work El Spiritu Regresa, showing a woman portrayed in simple Rufino Tamayo-like form with a skeleton for a face, which represents “all the mothers of the city who are waiting for the return of the spirit of their murdered daughters.” Her second piece Conversacion lenta com mis dedos humedos (Slow conversation with my hot fingers) is much more sensual. She believes “absolutely there is a difference in sensibility between women and men,” and links it, as do most people, to the ability to give birth. 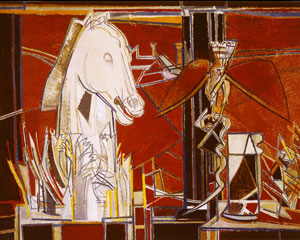 It is hard to draw any conclusions from a handful of shows here in El Paso, but it is notable that every female artist I talked to recognized a gender distinction influencing their work and the work of others in their creations. I’ve noticed there is generally not a Guerilla Girl aesthetic here, which probably reflects both the local culture as well as the fact that women working in diverse media have become more widely accepted now than was the case several decades ago. But whether or not the issue of gender in the visual arts is dead, even in regional art outposts like El Paso, it always comes down to the work itself.

Never Done: Women’s Work from the Permanent Collection
through May 22.
El Paso Museum of Art 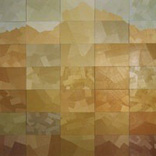